Philadelphia Fans will be Fired Up to See Upper Deck at the 2014 NHL Draft™!

This last NHL® season had multitudes of hockey fans saying, “We’ll get them next year!” Well next year actually starts this weekend at the 2014 NHL Draft™ in Philadelphia. And if there is something happening big in the NHL®, you can count on Upper Deck to be there! 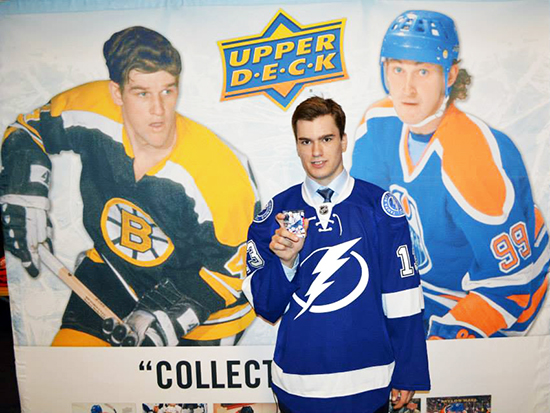 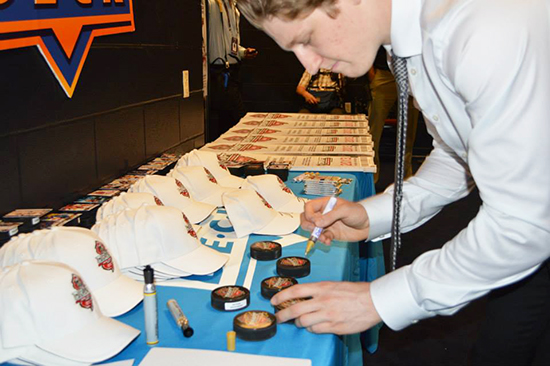 Nathan MacKinnon stops by to sign promotional items for Upper Deck at the 2013 NHL Draft.

After having their names called to join their new NHL® teams, new draft picks will go through what is called “The Gauntlet” where they will do a variety of interviews and photo shoots before ultimately coming to the Upper Deck area backstage. There we will get images of the draft picks wearing the jersey from their new team, interview them and also get some promotional signatures to use for future events. Fans can see what is happening over the weekend by checking in on Upper Deck’s Facebook page or by following Upper Deck Hockey on Twitter. 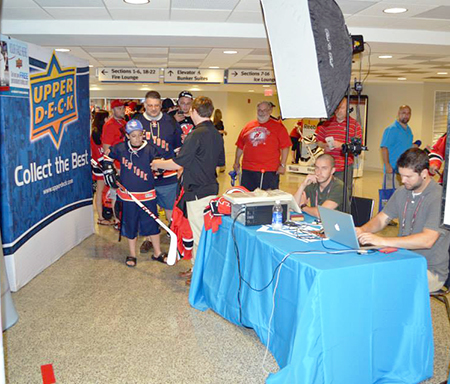 Fans can fulfill their dream of having their very own Upper Deck hockey card by visiting the Upper Deck booth at the NHL Draft!

Fans attending the 2014 NHL Draft™ are in for a real treat as well as Upper Deck will be set up at the Trading Card and Memorabilia show located on the Wells Fargo Center Concourse. The show will be open at the Wells Fargo Center on Friday, June 27 from 5:00 p.m. – 10:30 p.m. for the first round and on Saturday, June 28 from 8:00 a.m. – 1:00 p.m. for rounds two through seven. Upper Deck will have the popular P-Card station operating on site with a professional photographer who will make personalized Upper Deck cards for fans for FREE! Additionally, younger fans can enjoy the chance to go head to head as Upper Deck holds FREE Bubble Hockey Tournaments throughout the weekend. 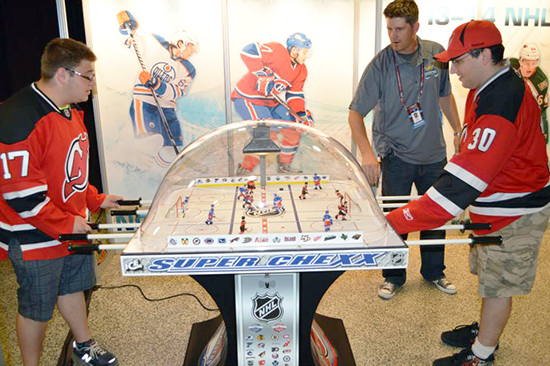 When the puck drops, fans get serious at Bubble Hockey at the Upper Deck booth!

Several of Upper Deck’s Certified Diamond Dealers will be on site offering a variety of new Upper Deck NHL® releases for fans in attendance. Puck fans can look to visit with shops like TemDee Collectibles, Sports Vault and Cardiac’s in particular at the show! Upper Deck will be running a special wrapper redemption during the show where fans can score an exclusive Upper Deck NHL Draft™ set with a purchase from these dealers. All the details are listed below! 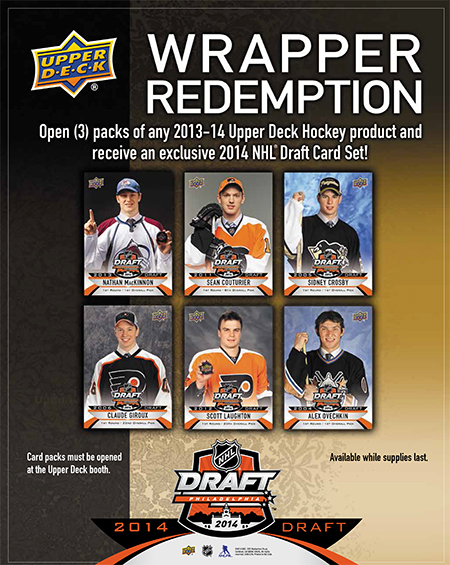 To make the weekend a little more special for fans, Upper Deck is bringing in a favorite among Philadelphia Flyers fans to sign FREE autographs at the Upper Deck booth on Saturday, June 28 from 10:30 a.m. – 11:30 p.m.  Don’t miss your chance to meet former Flyers great Dave Schultz and get an autographed blow-up card from him! He will be signing LIVE at the booth! 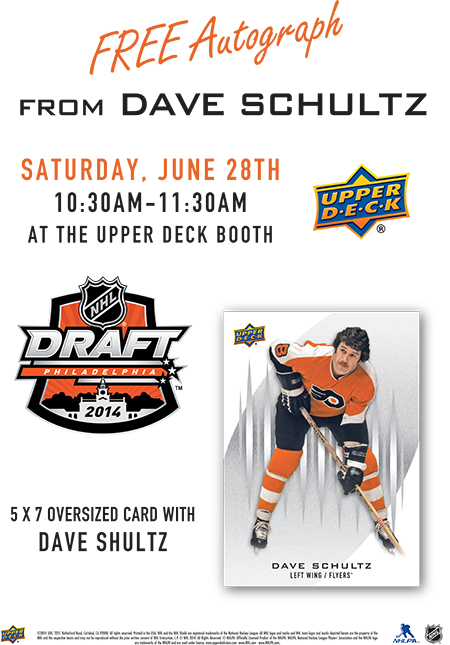 See you in Philly!!! 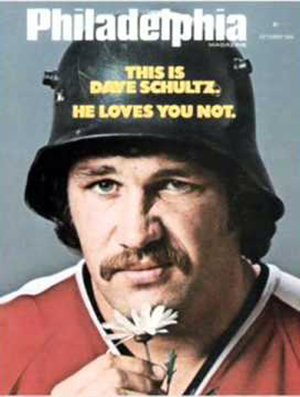 
Love to go with my girls big hockey fans