Cheering for Los Angeles or New York? Upper Deck has you Covered Either Way with Wayne Gretzky Autographed Memorabilia from the Kings and Rangers!

There are so many story lines tied to the 2014 NHL® Stanley Cup Final between the Los Angeles Kings and New York Rangers.  One of the more unique story lines of course is that the greatest hockey player of all-time played for both franchises. It will be interesting to see who Wayne Gretzky will be cheering for during this memorable Final pitting the west coast against the east coast.

In the meantime, Upper Deck Authenticated is offering a bevy of “great” signed collectibles from Wayne Gretzky that are perfect for both Los Angeles Kings fans and New York Rangers fans. Take a look! 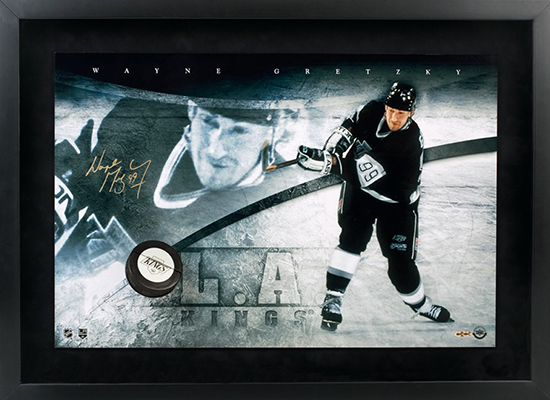 The “Breaking Through” framed puck piece shows Gretzky launching a slapshot and the puck actually pushes through the plexi-glass giving a 3-dimensional effect on top of Gretzky’s well-known signature! 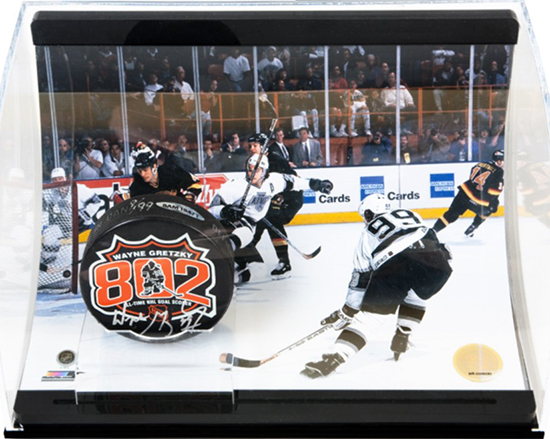 Gretzky made history with the Kings when he scored goal #802! Commemorate that magic moment with this awesome display.

“The Show” features Gretzky’s largest-ever autograph on a collectible item that he appears to almost be floating over. You’ve got to see this one to believe it! 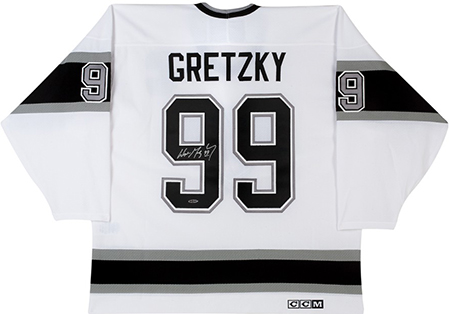 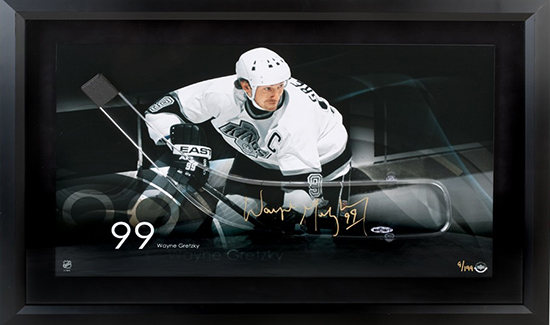 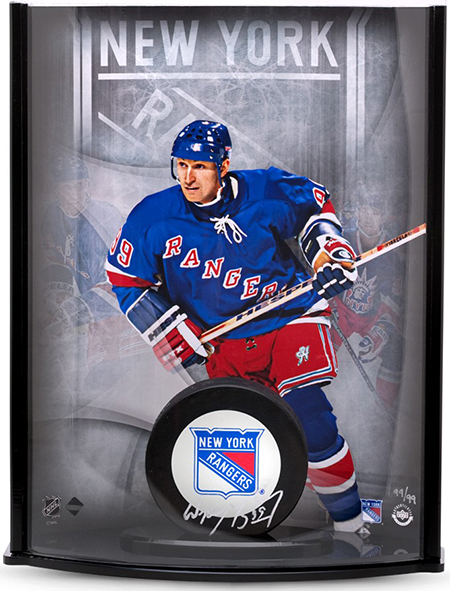 This New York Rangers signed puck Curve Display looks great at home or in an office! 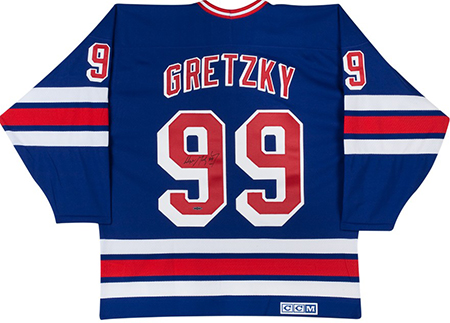 A Gretzky memorabilia collection is cannot be considered complete without a signed Rangers jersey! 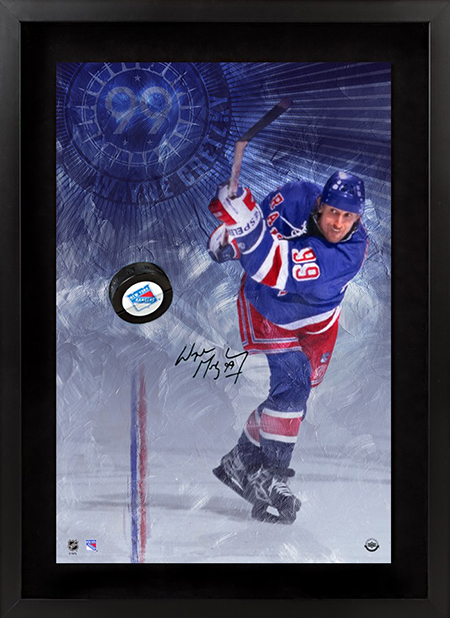 The Rangers “Breaking Through” display is absolutely incredible showing a puck shoot through the glass along with a large signature from Wayne Gretzky!