Gift Guide: The Perfect Present for the LeBron James Fan in Your Life

He is a three-time NBA MVP. He is the reigning NBA World Champion. He has won two gold medals in the Olympics for the United States. And he has been named the Sports Illustrated Sportsman of the Year. LeBron James has truly become the global sports icon we all believed he would be, and with great success comes more fans. Only Upper Deck can deliver signed collectibles from “The Chosen One” and we caught up with LeBron to talk about his championships, the Olympics and why his memorabilia makes the perfect gift. Take a look!

We spent some time with the Upper Deck Authenticated product team and put together a list of some of the best LeBron James gift ideas. Here you will find the sure-fire present for the LeBron James fan in your life!

Most Unique Pick: LeBron James 10th Anniversary Autographed “Tegata”
This stunning mosaic chronicles the first 10 years of LeBron’s career in imagery with an actual handprint from LeBron James positioned on top along with his signature and personalized stamp. The “Tegata” is a Japanese form of memorabilia that Upper Deck Authenticated has brought stateside and used only with the company’s top spokesmen. When you give this as a gift, you will earn a hug from the recipient every time you see them! Order the Lebron James 10th Anniversary Autographed “Tegata” Now 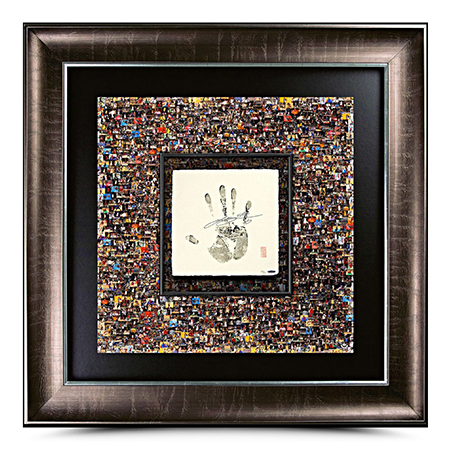 Best 3-D Pick: LeBron James Autograph “Rim Roast” Breaking Through Photo
Upper Deck Authenticated has innovated the memorabilia category with the company’s line of Breaking Through collectibles and this latest one for LeBron James may be one of the best. The ball actually “breaks through” the plexi-glass so a fan can actually touch it and LeBron gives a nice big signature on the photo housed safely under the plexi-glass. It is a piece you have to see to believe and a gift that will earn you a lot of appreciation! Order the LeBron James Autograph “Rim Roast” Breaking Through Photo Now 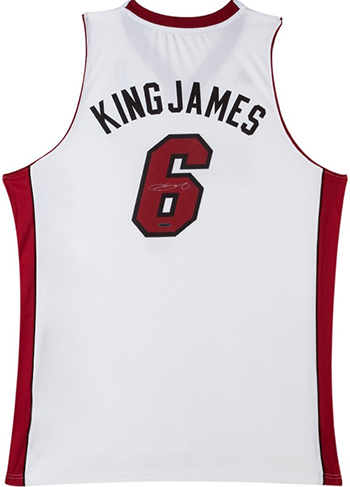 Best Playoff Pick: LeBron James Autographed Match-Up Photo Vs. Paul George
The Miami Heat and the Indiana Pacers are developing a serious rivalry and at the core of that are the team’s two superstars; LeBron James and Paul George. This 16×20 is limited to just 50 copies and is sure to sell out before these two finish their memorable battles against each other. Grab one while you can for the playoff NBA fan in your life! Order the LeBron James Autographed Match-Up Photo Vs. Paul George Now 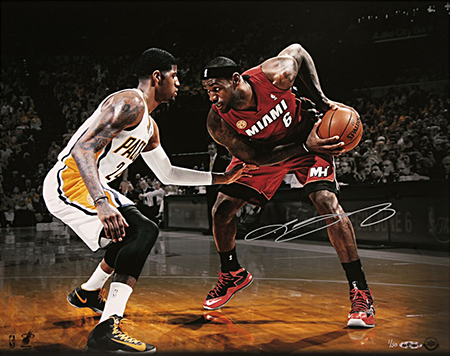 Best Slam Dunk Pick: LeBron James Autographed “Posterized” 30×15 Framed Photo
The only people who don’t like this piece are Jason Terry and his family. This piece captures an incredibly memorable dunk against the team LeBron left the Cavaliers to beat; the Boston Celtics. The photo sequencing makes it a piece fans will admire again and again. Score a slam dunk with the basketball fan in your life by gifting this piece! Order the LeBron James Autographed “Posterized” 30×15 Framed Photo Now 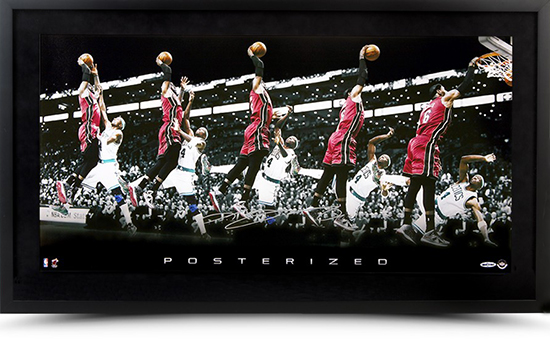 Most Memorable Moment Pick: LeBron James Autographed Front Page News Photo
When LeBron James moved to Miami, the world watched expecting to witness greatness. They didn’t have to wait long as LeBron and company quickly wrapped up their second straight title showing the world they were poised to establish a dynasty. It was this memorable moment that really silenced any and all of the critics and positioned LeBron as one of basketball’s most dominant players of all-time. Sharing this as a gift will bring warm memories to fans of “King James!” Order the LeBron James Autographed Front Page News Photo Now 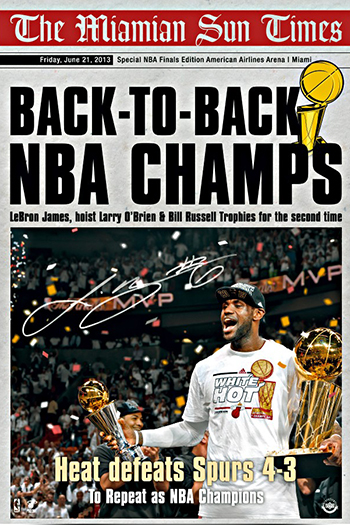 Best All-American Pick: LeBron James Signed 2012 Team USA Basketball Jersey
In 2012 LeBron James led the men’s team to gold in London, grabbing his second straight gold in the games. He soared in international play and had the world chanting, “USA! USA! USA!” Grab an autographed jersey from LeBron to commemorate that stellar play for the patriotic fan in your life! Order the Lebron James Signed 2012 Team USA Basketball Jersey Now 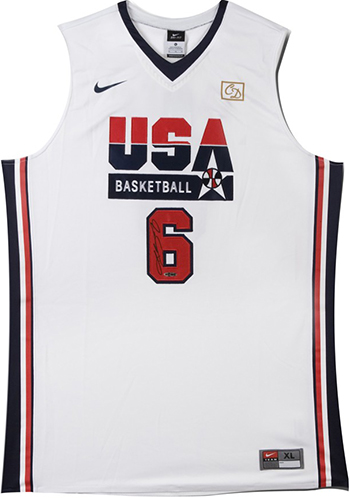 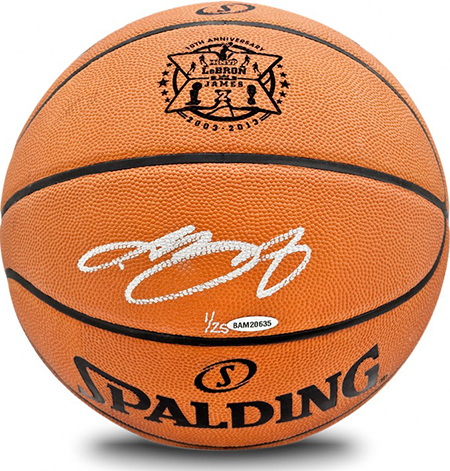 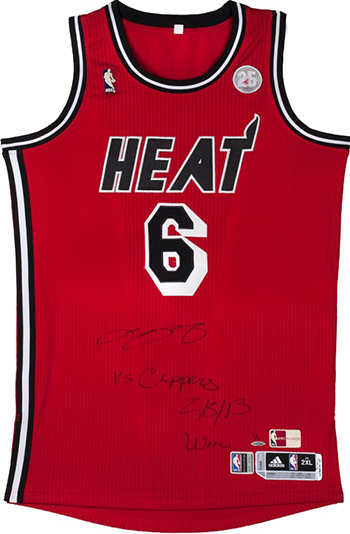 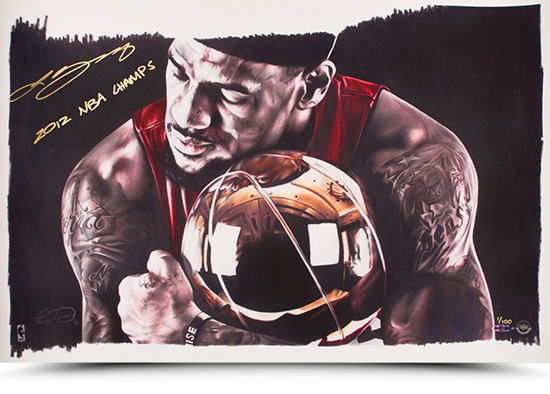 
Do you have basketball Miami Heat card autographed by Lebron James? I cant find it, how much is it if you carry it please.


Jose, we have produced a variety of LeBron James autographed trading cards over the years. Your best bet to check them out would probably be on eBay and then you can either purchase one there or from a shop.


They are amazing. I wish i could get one.