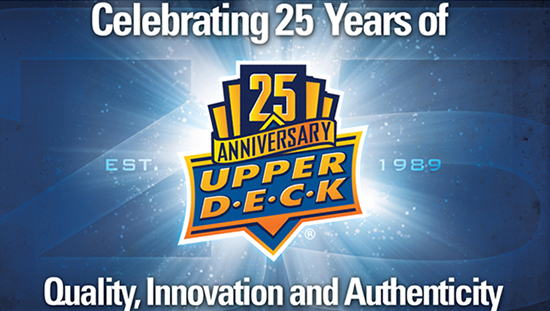 Here are a few of our favorites that we received in from fans:

Ultimately the winner did something a little out of the ordinary. He brought the Upper Deck logo to life and took it on a cruise to celebrate the anniversary, take a look!

And recently we shared another video where fans, celebrities and industry insiders wished UD a happy anniversary while sharing some of their favorite moments from the last 25 years, check it out!