One of the frustrating parts for collectors of comic collectibles is that the vast majority of the products in the market are dedicated to the classics which ultimately results in many of them looking the same. When Marvel may the decision to reboot many of their comic titles with the Marvel NOW! initiative, it gave fans the opportunity to experience their favorite characters from the Marvel universe in more current situations with some new looks as well. And with that came the opportunity for Upper Deck to produce a trading card set dedicated to these new-look Marvel NOW! characters that looks much different than anything fans have seen before in terms of comic trading card releases. 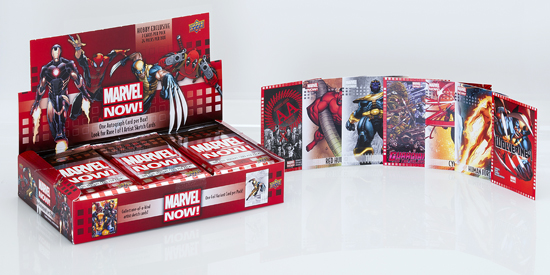 Open a box of Upper Deck’s Marvel NOW! trading cards today and experience the product for yourself!

What is it like to open a box of Upper Deck’s Marvel NOW! trading cards though? Well take a look at what we found in some packs from quality control testing.

The base set is easily attainable at 100 total cards, but fans will appreciate the new looks of many of the beloved Marvel characters. 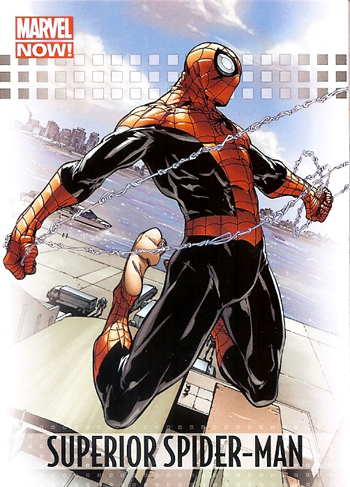 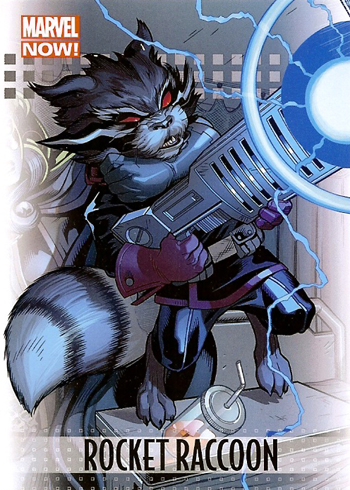 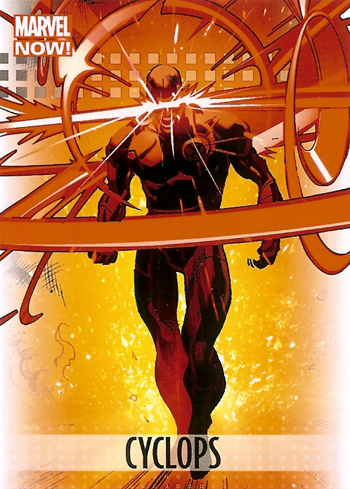 There are also silver foil variant cards that can be found one per pack that give fans the opportunity to put together a more limited version of the set. 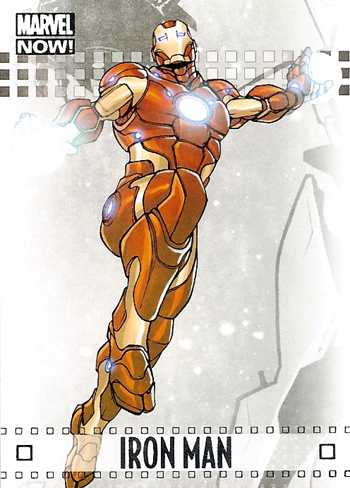 The “Then & Now” inserts give a good look at the differences between the classic characters and the characters as they look today. 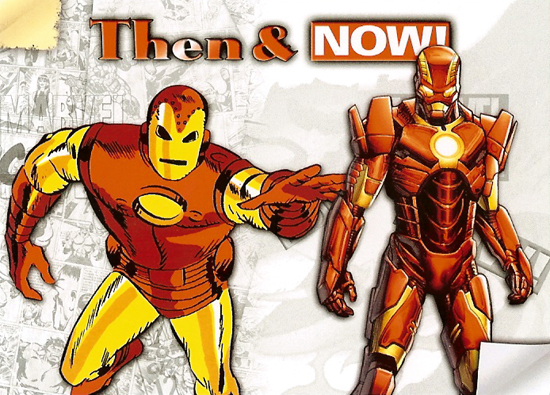 “Cutting Edge Covers” and “Cutting Edge Variant Covers” of key Marvel NOW! comic books can now be found in card form in this set and make for very cool collectibles. 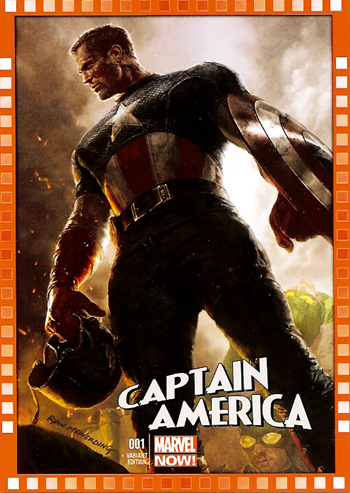 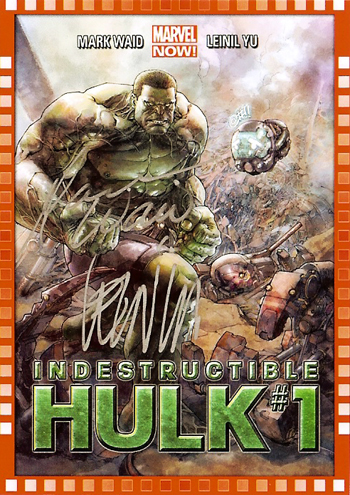 Sketch cards are always an important aspect of comic card releases and as always Upper Deck pulled some of the best talent in the industry to create some miniature masterpieces of Marvel NOW! characters. 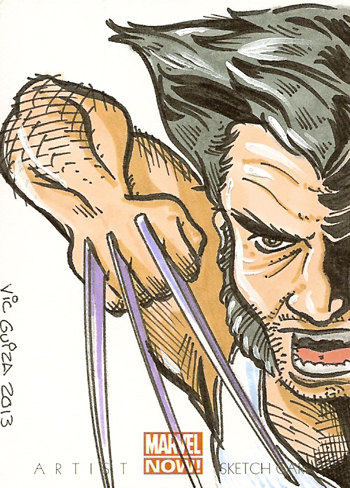 Upper Deck also added some innovation to the set with the “Holo F/X” insert cards that you really have to see to believe with the 3-dimensional attributes of the cards. 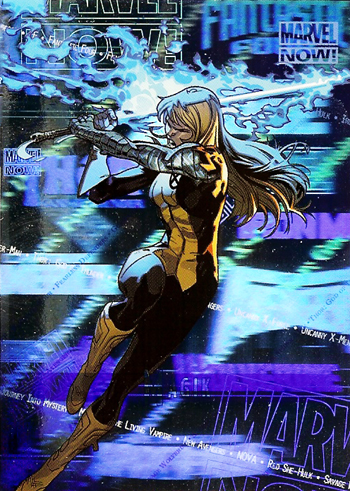 And lastly, rare one-of-one printing plate cards can be discovered at roughly one per case. We didn’t find one in the packs we saw, but many have been making their way to online auction sites like eBay. But if you haven’t been able to open a box yourself, watch as this Beckett Box Buster video where they do just that!

Would you like to score all nine cards we showed in this blog for FREE? Just share in the comment section below as to why you would love to open a box of the new Upper Deck Marvel NOW! trading cards. The fan who most skillfully shows their excitement and knowledge of why opening a box would be fun will receive all nine cards shown above. Please keep your submission to four sentences or less. Submissions must be received by Monday, February 3 at 3:00 p.m. Pacific.


I would love to open a box. This would be a flashback to my childhood days when I would walk home from school to hit the comic shop with my lunch money to buy the hottest new issues of comics and cards. Man those were the good old days. I do miss the comic and cards shops that were on every corner growing up.


I would love all the cards here. My daughter and son’s are as big of superhero fans as I am. We love Avengers and Xmen. Our favorite character is Iron Man, just because of his down to earth, yes cockiness/playboy attitude. 2nd has to be Thor, 3rd is Wolverine.
We are praying that in Avengers 3, Wolverine and Spiderman are included.


I have two sons (10&8). We love collecting cards and we love Super Heroes, but we don’t have Super Hero cards?! This would jumpstart our collection and definitely get them started in what I loved as a child!


I love comic books and trading cards! My favorites are Marvel Comics and the Incredible Hulk. There is no greater joy than ripping open packs of cards, sorting the base cards and hoping to pull a great sketch and/or autograph!


All I can say is *WOW and I would be honored to open a box of this amazing product. The last time I was able to bust a box of Marvel was in 1993 when I started the Kids collecting. It something I have missed and would love to do again.


I would to rip a box of this stuff never know what your going to get. The sketch cards look great and as an autograph collector would love to find one of them in the box. Opening boxes is like christmas and the lottery all wrapped up in a little box.


I would love to open a box of this! These take me back to the days when I was busting packs trying to pull the hologram cards of The Hulk (green hologram) Ghost Rider (yellow hologram) Venom (red? hologram) Thing (orange) and so forth. I want to say that was 1994? Anyway, thanks for the chance to win!


Collected comics growing up with my dad and looking at these makes the memories flood back. Still have all them. I collected Hulk and Daredevil and he collected X-men. Love the artist sketch cards! Would love to open a box with him! Thanks for posting!


I’d love to open a box cause I haven’t opened any Marvel Comic Cards since 1993 when they did the 3 diff series back then. Just found a Wolverine hologram from the 3rd set when going thru my P.C. this past weekend & it’d be cool to add to the collection after 20+ yrs. Good luck to all!


I would love to open a box of marvel now because I absolutely love comic cards and I wasn’t aware they were still made. My last comic cards I actually bought were flair in the nineties. I would love to introduce my son to a whole new world of trading cards instead of just sports cards. Growing up I couldn’t wait until the next fleer ultra x-men cards because I am a huge wolverine fan and now my son is a Spider-Man fan too bad but I would love to capture the excitement on his face if he were to win these cards plus I would be very stoked too.


Opening these cards would take me back to my childhood memories of opening tons of packs of X Men cards with my cousin. Those were some good days.


I have a three week old newborn son who I can’t wait to share my love of collecting comics and comic trading cards. The Upper Deck Marvel Now! box is the first released since he was born and I would love for him to know the thrill of tearing open each pack and thumbing through the cards in a few years. I’ve already started to put a few thing away for him…which his mother doesn’t know.


I would love to open a box of Upper Deck Marvel NOW!, because I have been a fan of both Marvel comics and Upper Deck for such a long time. I used to collect sports cards along with comics and non sports cards. I can remember when Upper Deck first came out with their baseball cards. I opened pack after pack to get all the cool cards they had, from the team checklists to the hologram team stickers. When I first heard that Upper Deck got the rights to produce Marvel cards I was excited. I remember opening my box of Thor cards and getting an awesome George Deep sketch with Hulk and Ultron. I just think that this set looks awesome, and just want to tear through a box to see all the goodies inside. So please consider me for a box, I’ll let you guys know all about it once the euphoria of tearing through a box of Upper Deck Marvel NOW! cools down.


I wouldn’t open one for myself, I collect sports cards. I would let my kids especially my oldest open it. He loves super heroes and has just now gotten into Marvel more. And I am more than sure he would share it with his siblings.


Comic fan since I was a wee lad who still loves all things comic books. I’m always looking for ways to improve on my collection and knowledge of the characters and artists I love. I am real glad to see that marvel has brought back into the fold many of the lesser known characters that i followed as a child and to see them pop up in this card collection is pretty cool. These would also look real nice in my collection next to my Marvel cards from the 80’s and 90’s.


I would mention how it still brings a huge smile to my face when I think of my fond childhood memories of opening a box of comic cards after saving my allowance for two weeks at a time. I would also mention how now I see so much of myself in my son when I was his age, everytime we open a box of comic cards together or marvel at our MARVEL collection. But I won’t mention those things, I will mention how I am such a huge fan of UpperDeck and it’s superior production of quality. I consider myself a MARVEL, Upper Deck enthusiast and would love the opportunity to open a box of the new Upper Deck Marvel NOW! trading cards. I would honestly be truly honored to be chosen to add these cards to my collection. Thank you Upper Deck for the chance to enter this contest and may the best collector win!!!


Thanks fans for your submissions. Congratulations to James Gilbert! We love the idea of you jump-starting the kid’s collections. These cards are coming your way, enjoy!


Opening a box of marvel now brings nastaglia from child hood comic book reading, complete anticipation of what’s in the next pack from adolescence all culminating to a point of sheer excitement and joy of memories gone by fulfilling a void spot in my adult daily life!