Let’s face it; hockey is not the #1 sport in the USA, but the league is positioned to have some great exposure in the USA over the next few months in particular. Coming off an awesome 2014 Winter Classic and with the 2014 Winter Olympics and six highly hyped NHL Stadium Series outdoor games, many Americans who typically may not have hockey on their sports radar will find themselves watching the game and potentially falling in love with it.

Here are six reasons why I think popularity in the USA for hockey will be on the rise! 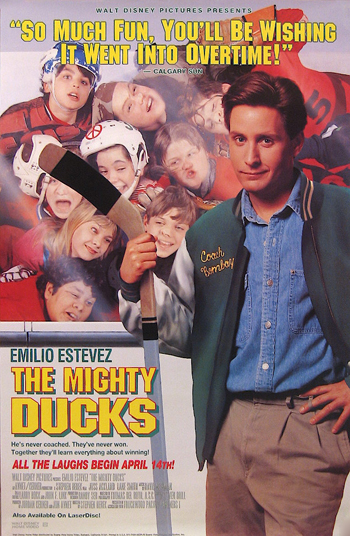 Reason one is because the movie “The Mighty Ducks.” As a Kings fan I hate to give credit to anything Ducks related, but if I’m being honest, the single biggest reason for hockey’s increase in popularity in the USA is the movie “The Mighty Ducks.” The movie inspired a generation to try youth hockey, and legitimized it as an alternative to Pop Warner football and Little League baseball. 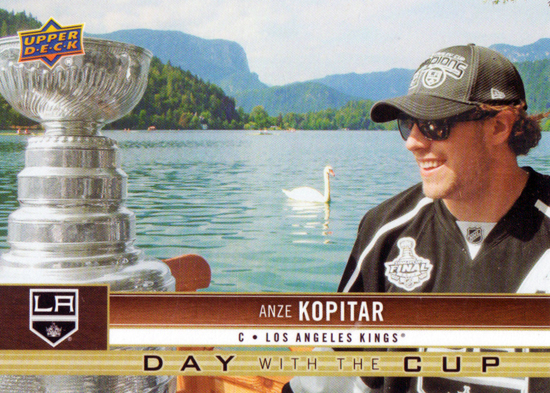 The second reason for hockey’s continued increase in popularity in the states is the success of non-traditional market teams in the NHL®. Teams like the Tampa Bay Lightning, the Carolina Hurricanes, the Anaheim Ducks, and the Los Angeles Kings winning the Stanley Cup in recent years has brought hockey to many Americans who didn’t grow up next to a frozen pond.

NHL® Players in the Olympics

Another reason why the popularity of hockey is increasing in America is because NHL® players are now allowed to compete in the Olympic Games. The winter games bring Americans together who don’t generally follow the NHL® are all of a sudden enamored with hockey. These new viewers, paired with the fact that the U.S. Olympic team is now consistently a contender for the gold, can only help to increase the popularity of the sport in the U.S.A.

Yes, NHL®’s commissioner Gary Bettman makes the list. Hockey fans can be pretty hard on the commissioner, especially at the NHL® Draft, but when I take a long look at what he has done while leading the sport, I have to admit he has been good for the NHL® and for the popularity of hockey in America. In fact, many of the reasons on my list here are initiatives Gary Bettman championed. It is because of him that many non-traditional hockey markets got NHL® teams. It is also because of him that NHL® players can now compete in the Olympic Games. The Winter Classic, big TV deals, and rule changes are all things that Bettman is responsible for which have led to an increasingly popular NHL®.

The Players are Amazing

The last reason why hockey is increasing in popularity is simply because it is an amazing game played by tremendous athletes! Not only are hockey players great to watch on the ice, but they are great guys off the ice as well. They are humble, articulate, dedicated and fun guys. They are excellent role models that take the time to interact with their fans and will always sign autographs. They make small gestures that mean a lot to fans and it is hard to imagine players in other sports acting the same way.

Will America ever embrace hockey like it does baseball, football and basketball? I think with some of the progressive moves the league is making it just might. You mix in how great it is to see playoff hockey and events in the collectibles market like the Double Rookie Class and National Hockey Card Day (yes, I’m contractually obligated to throw that in here) and it is hard to see the NHL® not increasing in popularity in the coming years. Do you agree? Disagree? Let me know in the comment section below!


Nice article. As a Canadian I’d love to see hockey increase in popularity and it looks like the NHL is taking the right steps. Time will tell, but times are good right now and that’s great to see. BTW, American Hockey is now Canada’s equal. The US has come a long way in 30 years and it will only get better. Once the US wins a gold medal the rest of the world had better look out. Cheers.


Hi there! I could have sworn I’ve visited this web site before but after
looking at a few of the posts I realized it’s new to me.
Anyhow, I’m certainly pleased I stumbled upon it and I’ll be
bookmarking it and checking back frequently!


Oh you betcha I whole souled agree with this articles talking points and conclusion. I just got the hockey ” bug ” recently , even though I’m Canadian, it took the LA Kings and even the success of the Anaheim Ducks to draw me and yup , without hi-definition big screen television, the only way to really appreciate this wonderful sport is to be there, NBA basketball has steadily declined here in Los Angeles ever since ” show time ” retired and the loss of both Chick Hearn and Dr Jerry Buss so hLA hockey has a great future , go Kings.


To me, I can see the nhl becoming very successful in markets that already have good teams…where do you think the NHL gets a lot of new fans from? people who are usually your baseball or football audience. Reason I say this is because hockey is a new thing to most places in America like Florida, Dallas, Nashville, Phoenix, Carolina, Columbus, even atlanta…lmao but the good thing to this is that it gives sports fans something new, fast and fresh to look upon. Yes the attendance issues may be drastic at times but you have to expect that because its still growing, some people may not feel like investing a few hundred dollars a year to watch a new sport when its on tv for free, as time goes on and if these teams continue to make the playoffs the people will show and support.


Finally the rest of the country is catching up with us (The Flyers) as we are and always have been a huge hockey town, we love all our sports but in this city (Philadelphia) we love our hockey so much that it has for a while now been the second most popular sport in the city only behind Football and in some circles it’s the most popular sport while yes their are other great hockey towns whom have always been big on hockey for example Detroit, Chicago, New York and Toronto it seems as if almost all cities with a team are quickly becoming hockey towns as well