Fans Share Ideas on How to Use Hockey Cards to Makeover a Room into a Sports Sanctuary!

Recently Upper Deck ran a promotion with fans challenging them to use hockey cards to transform an ordinary room in their home or office. Upper Deck received dozens of responses from excited fans and it was amazing to see the lengths each collector went to in order to give their rooms a new look with hockey cards. Take a look at some of our favorites! Who knows, maybe you will get some inspiration to use hockey cards to makeover a room in your house?!?! 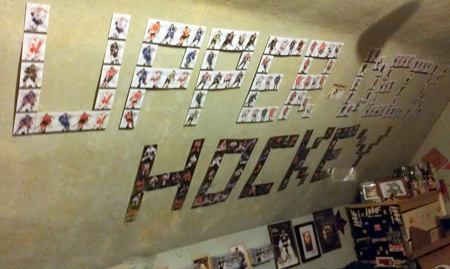 Many fans used hockey cards to spell our their favorite trading card company!

Fans also got creative with using boxes and blow-up cards.

You can almost use hockey cards as wallpaper as this fan proved! 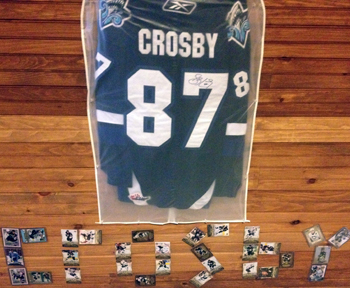 Hockey Cards are a cool way to accentuate a jersey! 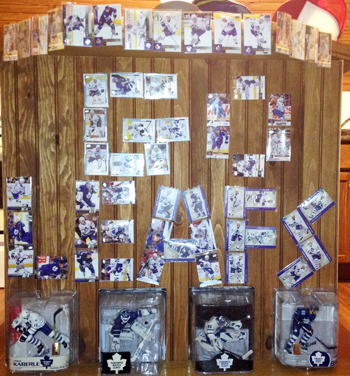 You can also use hockey cards to promote your love for the home team! 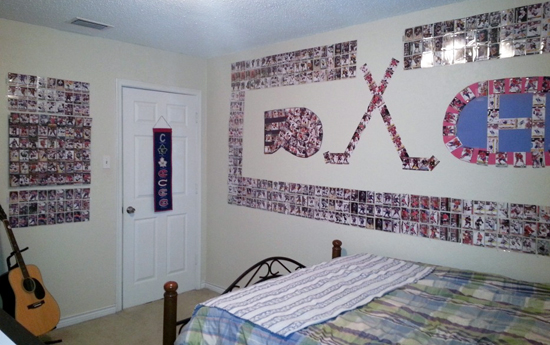 Using trading cards to show off your favorite team and a little internally rivalry in the home can be a lot of fun! 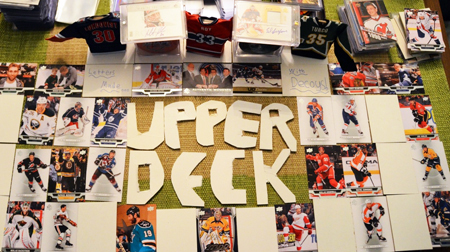 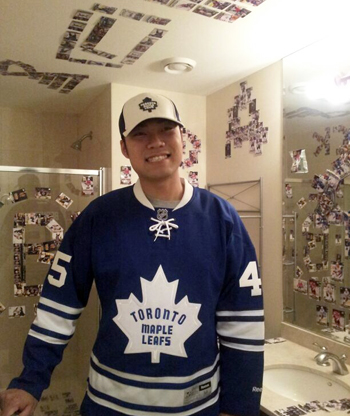 This brave collector transformed his wife’s bathroom with UD cards putting them in the configurations of top NHL franchise logos. 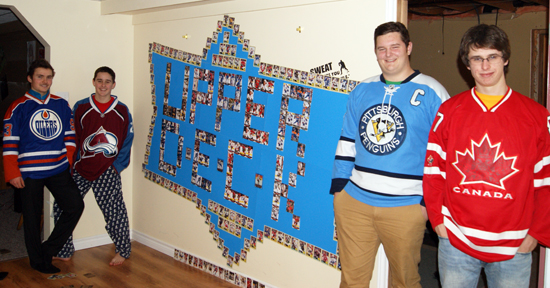 These loyal fans worked together to make some amazing display pieces! 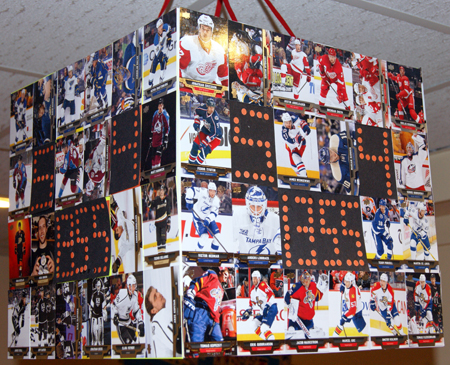 How about a scoreboard made of trading cards? 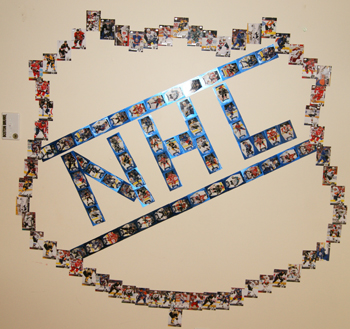 And don’t forget, these are NHL cards after all!

The collector who most skillfully transformed their room to be the ultimate hockey card hangout however was Richard Sandanam. He was very creative in creating unique themes for areas in his transformed room as you can see below: 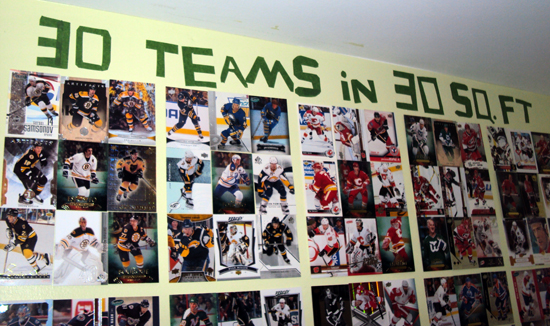 He came up with a cool way of highlighting 30 NHL franchises. 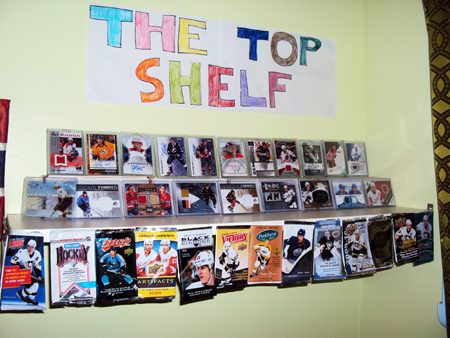 He came up with a cool area for his premium cards. 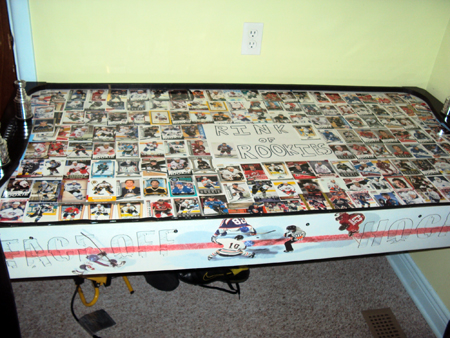 He transformed a game into a celebration of rookie cards. 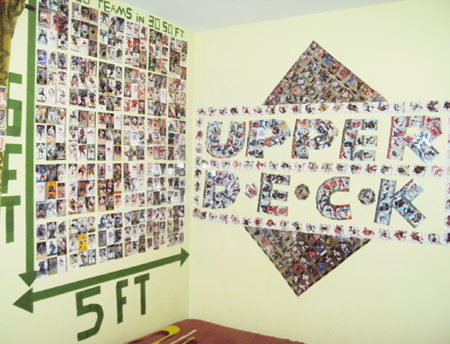 He creatively incorporated an Upper Deck logo in this trading card display. 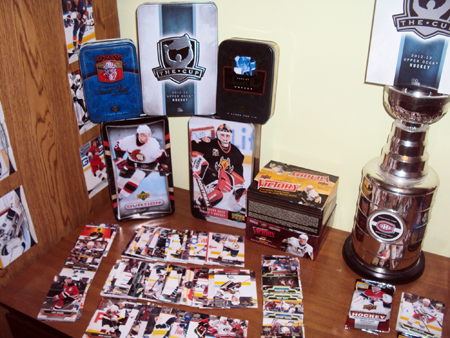 He had another area where he showed off more cards & boxes. 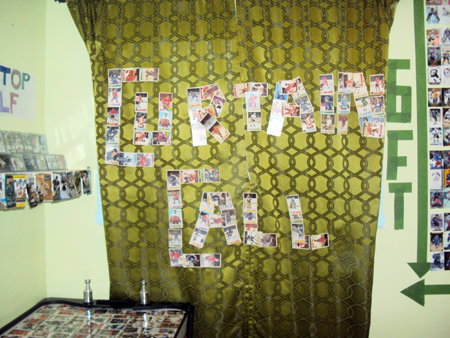