We have shared stories here before about collecting after you are married, but we love hearing stories about passionate fans engaging with our brand along with the ones we love. We heard a story we loved about marriage and trading cards recently from our friend Geoff Connolly who is the owner of a successful hobby shop in Kitchner, Ontario called Cloutsnchara.

Geoff grew up with hockey cards and now that he turned his childhood interest in the hobby into a career, he thought it would be fun to incorporate a little bit of his love into his wedding. Of course he cleared it with his fiancé before he made the decision (we would highly recommend this course of action to anyone else thinking of doing something similar). Geoff shared with us, “I simply let her know, I wanted the second most important item to me to be there whilst I married the first.”

As an early wedding gift, Upper Deck sent a bevy of hockey packs to the happy couple to use for the celebration. And after the “I dos” were exchanged and the guests reached their tables (named for Geoff’s favorite hockey players) they were surprised with some packs of new Upper Deck hockey cards. 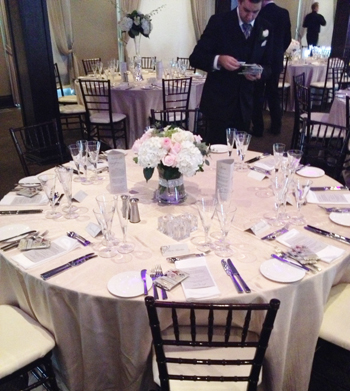 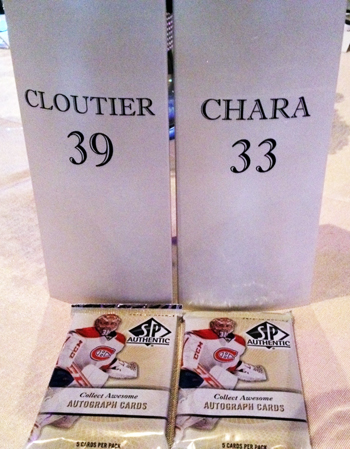 Many shared afterwards with Geoff they had some great flashbacks to when they were kids by enjoying the packs as an appetizer at the reception. Meanwhile seasoned collectors had fun during the reception by playing pack wars at their table. And even others got creative with some of the cards, turning their NHL cards into centerpieces. More than anything however, it helped provide a way to bide some time as everyone got seated and a fun icebreaker for the table. 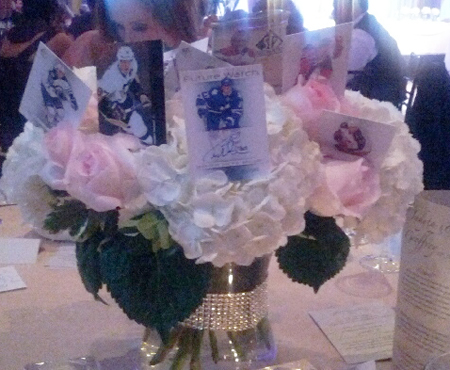 We were thrilled to play a small role in the Connolly wedding celebration. Upper Deck was hoping Geoff’s fiancé Judy might want to throw a box of hockey cards to the single girls at the wedding, be she chose to play it traditional. Oh well, you can’t blame us for trying. Congratulations you two! 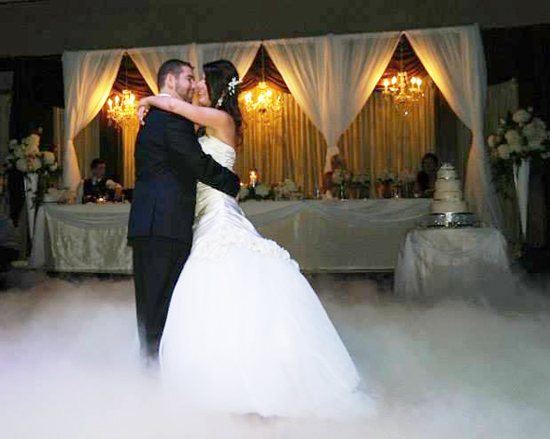 If you are a rabid hockey fan, maybe think about inviting Upper Deck to a special occasion like this. Email us if you have a fun or unique idea for a special event we can be a part of!


Wow, cool idea and I love the use of cards in a way where it did not overwhelm the celebration while keeping the elegance of the theme and decor. Congrats to Geoff and his wife Judy on their marriage. You might not be Judy (and she might not have agreed), but I would still love it of you threw a box of hockey cards at me!