“I love the photography and how they hold their value.” – Jamie McKenzie

“I love getting a card worth the cost of a box.” – Scott Shappit

“I love the designs of the cards.” – Kyle Edwards

“I love the fact they are genuinely valuable (rookie) that the average guy can collect.” – Curtis Chapman

“I love that they hold their value without the need of an autograph, which is amazing in the hobby nowadays.” – Tim Eltringham

“I am now at an age where Young Guns remind me of when I was a child collecting. I still get excited when I see a Pavel Bure Young Gun, it has nothing to do with money.” – Brendan Terry

“I love the quality and value of the cards.” – Vincent Lamoureux

“I love that they hold (their) value.” – Edward Fleck

“They are the greatest rookie card year after year for the last 20+ years.” – Steve Emerick

“I love the thrill of getting a short-print of an 18-year-old kid that may be the next Gretzky.” – Joseph Alberici

Photography does play a big role in the success of these cards year over year. It can be difficult sometimes to get images that work because there are usually only a few games to pull images from. Year in and year out however, the photography team at Upper Deck does a great job of getting some compelling images for the new crop of Young Guns cards.

The values have always been there for these cards because they are so widely collected and there is huge demand for them. There have been so many great rookie cards in this set with great values over the years. The Upper Deck Young Guns rookie always leave collectors satisfied with regard to how high some of the values are on these NHL cards.

Another important factor in the success of the Young Guns rookie cards is the checklist. Upper Deck’s sports coordinators work tirelessly to secure the best rookies possible for inclusion in the set for Upper Deck Series One and Series Two each year. Often better players are split for so there are key rookies to chase in both series. For the historic 2013-14 Upper Deck NHL Double Rookie Class series however, the team made the decision to load Series One up with the feeling being with so many other rookies available, others will step up during the season and make for great chase in Series Two. Below is the final checklist on Young Guns for 2013-14 NHL Upper Deck Series One: 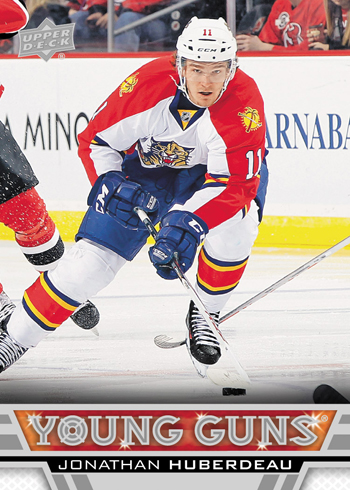 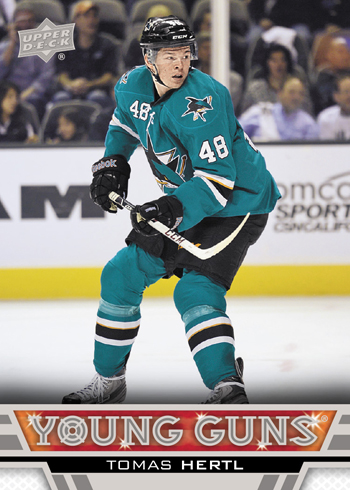 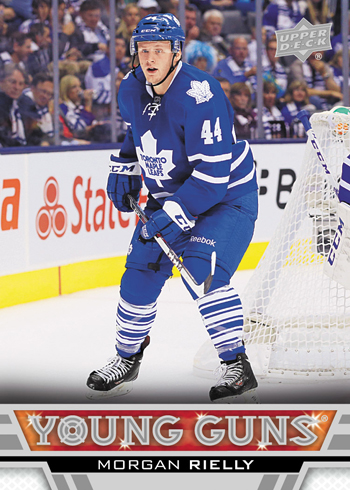 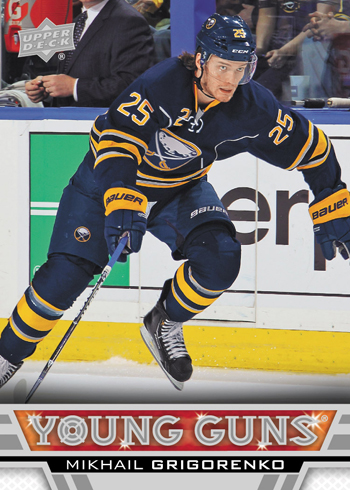 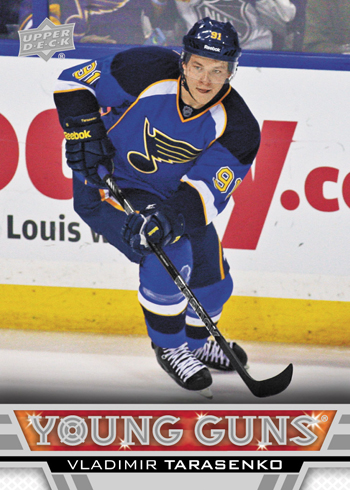 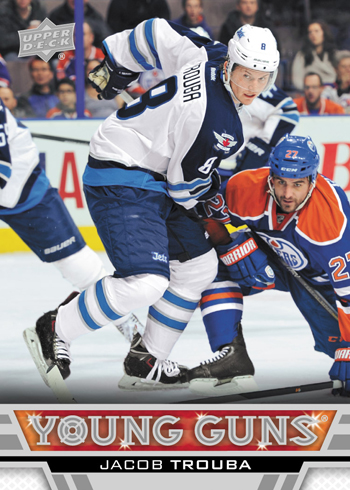 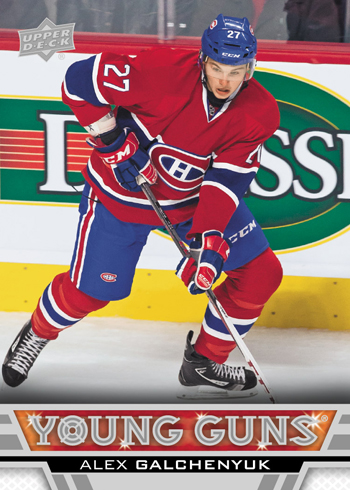 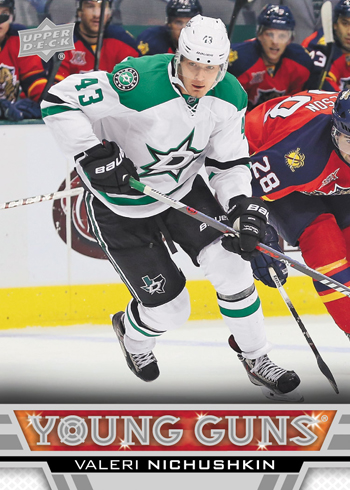 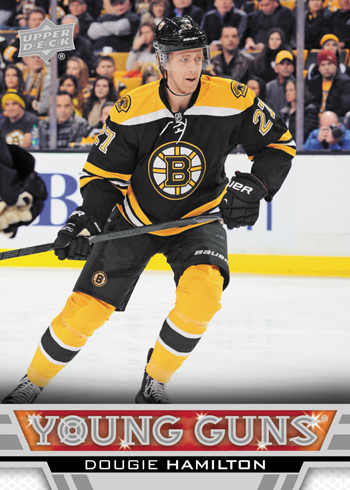 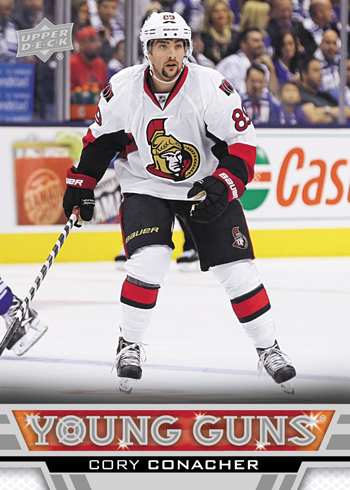 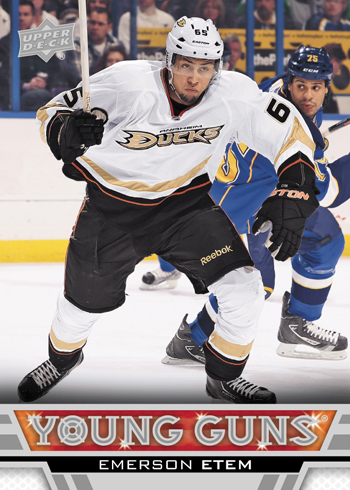 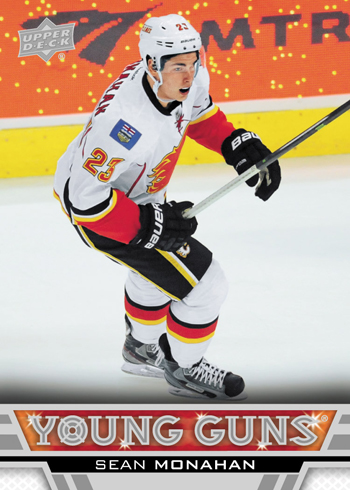 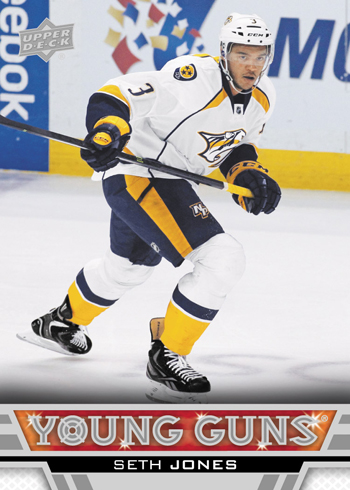 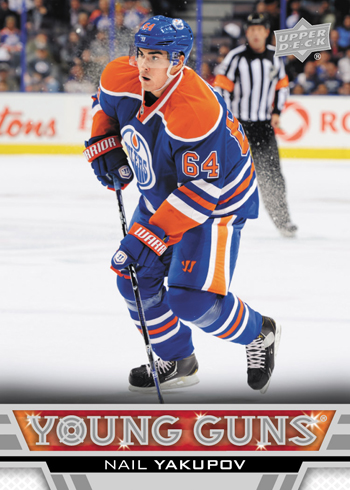 Please note, there are also short-printed Young Guns Canvas rookie cards available as well that also feature some amazing imagery. These are inserted 1:48 hobby packs so they will be very rare. Take a look at that checklist: 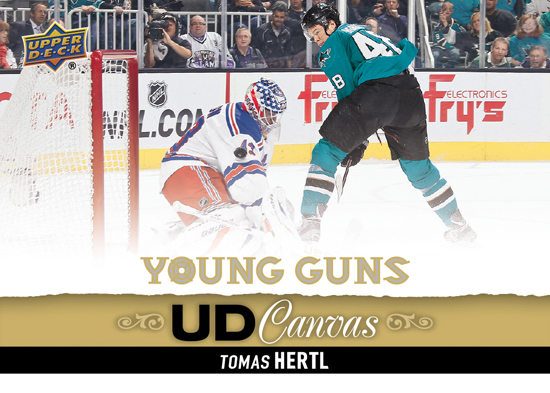 
Are there exclusives for the Young Guns? /100

Let me know thanks!


Yes there will be parallels of the Young Guns rookies that will be crash numbered.


Great job UD, and a sick checklist. The Seth Jones and Morgan Rielly will be first on my list, followed closely by Yakupov! In series 2, I would love to see a Josh Leivo for the Leafs!


Um… who are you holding over for UD2? What’s the point of a double rookie class if all the good rookies are in UD1?


To Um they are holding back Brendan Gallagher, Tinordi, Barkov and there will also be other rookies that debut before that series come out that will make it like the Anaheim rookie goalie Andersen for example