Each year Upper Deck sponsors a costume contest on Halloween for employees which is always a lot of fun. This year two staffers really stood out for their creativity in Scott Schell and Dianne Hatley. Take a look!

Scott is taking the concept of getting into closer to the game to another level as he created a live Young Guns rookie card. And yes, it even has stats on the back! 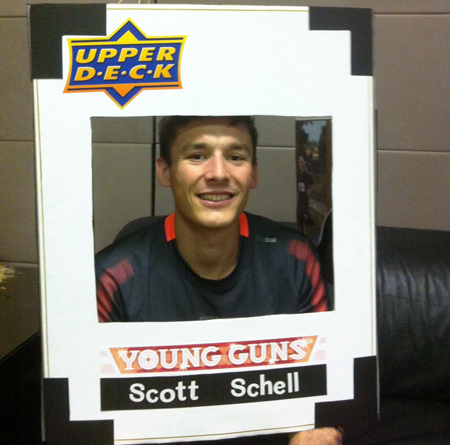 Dianne actually won the contest and rightfully so as she became one of the most famous trophies in all of sports dressed as the Stanley Cup. She looked so convincing, Phil Pritchard asked if he could display her at an upcoming show. 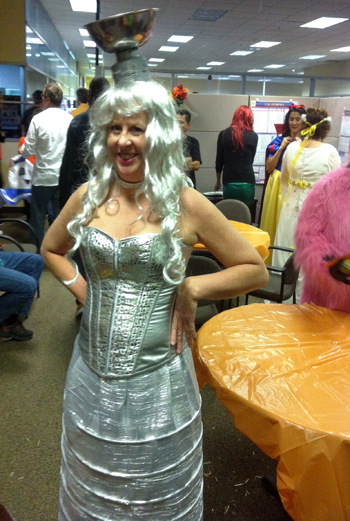