The Upper Deck Entertainment team was busy throughout Comic Con in San Diego this weekend as we shared previously. It was another successful show where fans got to enjoy Upper Deck’s collectibles and games. But one of the real draws of the show are the not the exhibitors, but the fans who dress up in a variety of awesome costumes throughout the weekend. We snapped some photos when we could of some of the costume-clad patrons of the event, take a look at the Photo Gallery from San Diego’s Comic Con: 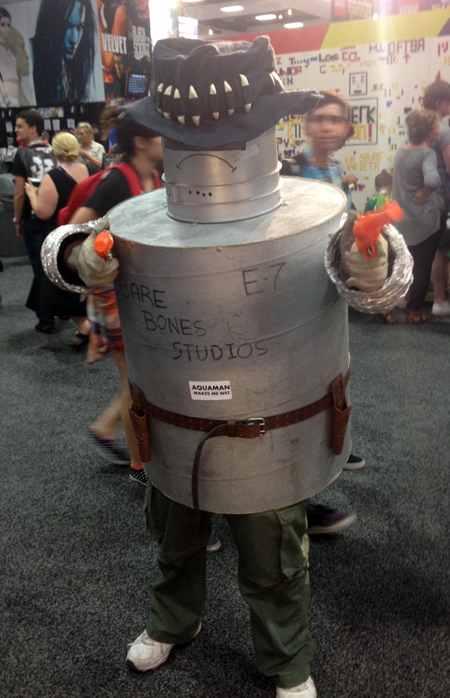 Somebody is missing their trash can… 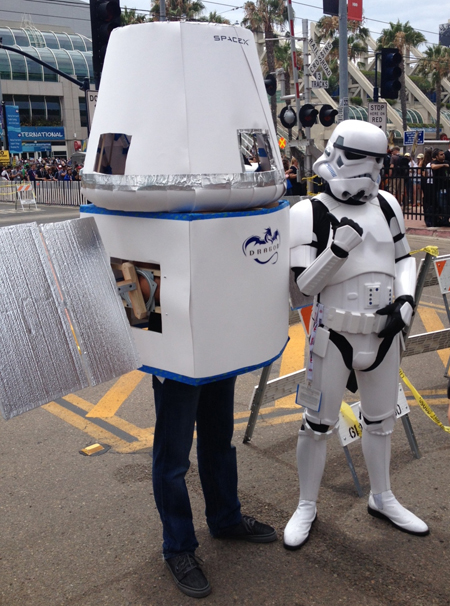 Looks like this storm trooper shot down a satellite. 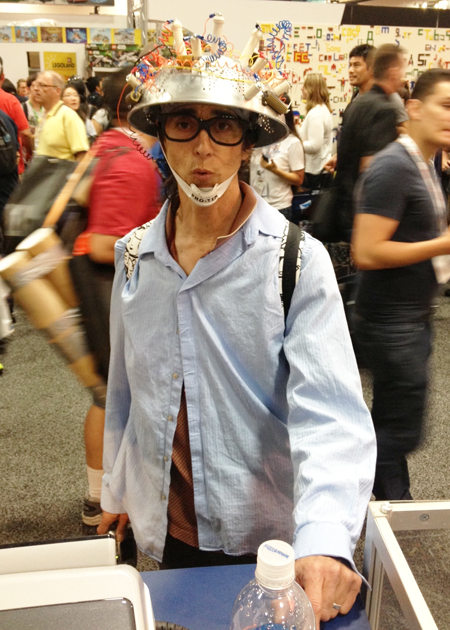 Remember Rick Moranis’ character in Ghostbusters? Here he is again! 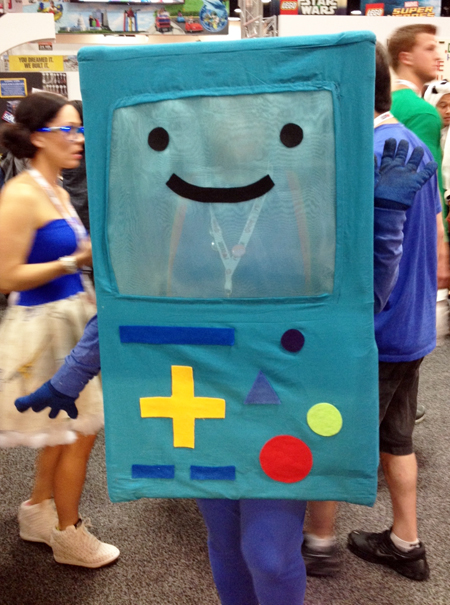 We hope they brought enough batteries to play all day. 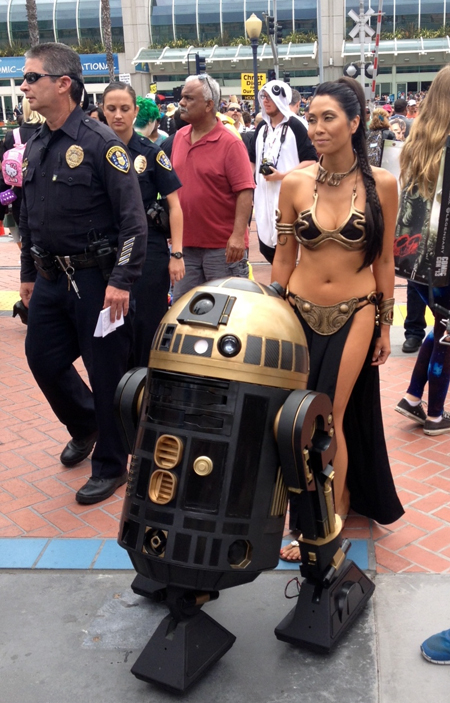 These Star Wars characters get a police escort into Comic Con. 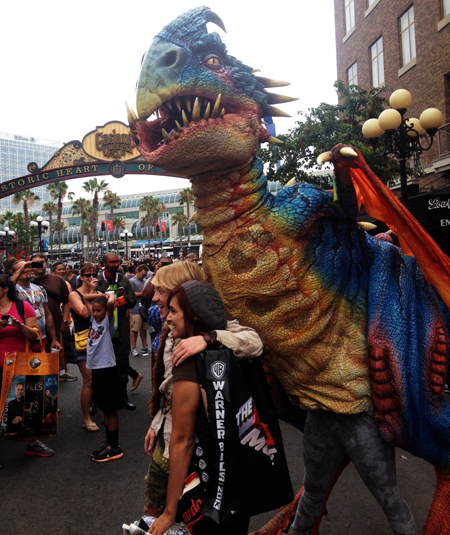 Check out this awesome dragon outside the show!

Captain Hook is in the house! 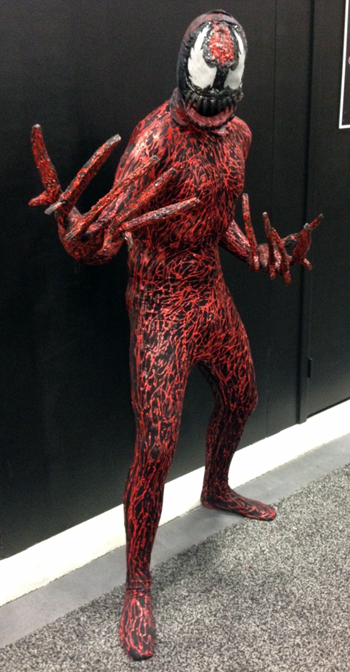 Watch out for Carnage! 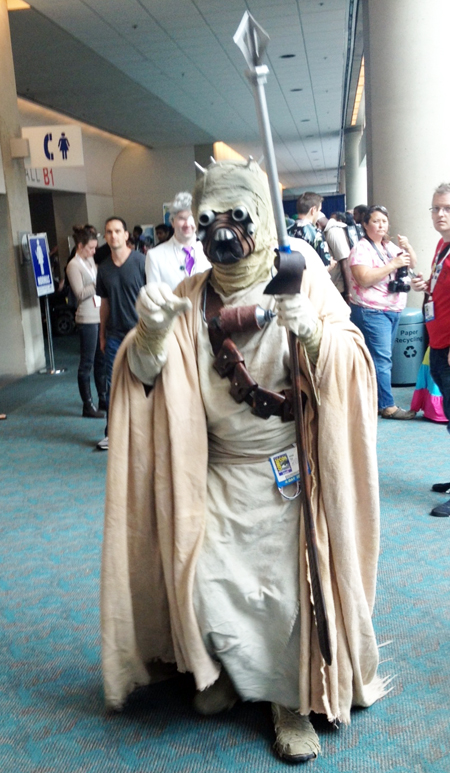 Look out for Sandpeople! 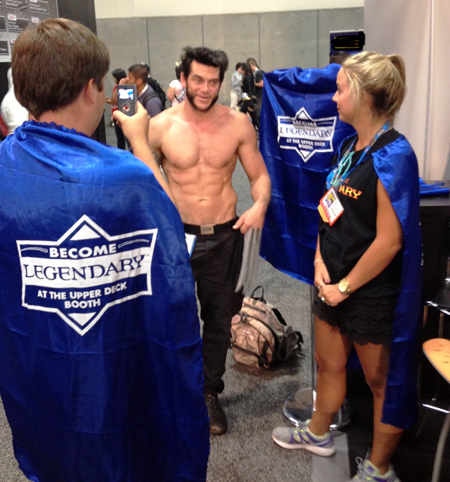 Wolverine was looking for one of UD’s Legendary capes to help cover up. 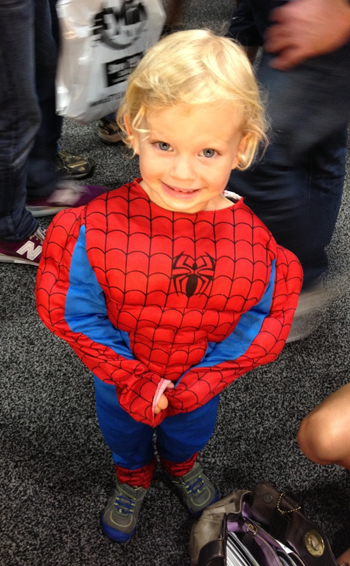 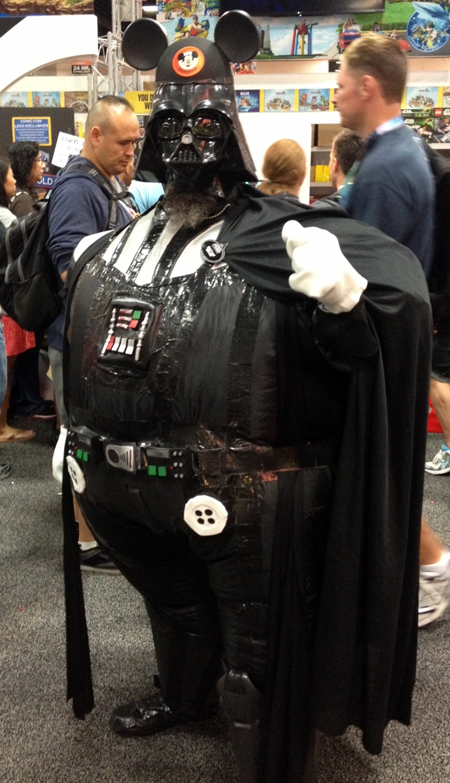 Darth Vader has a little too much to eat at Disneyland… 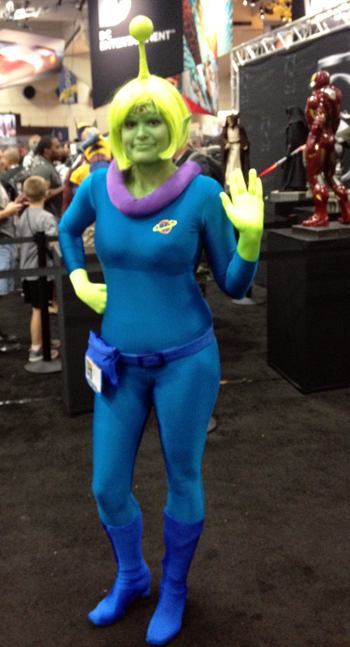 What would Comic Con be without aliens? 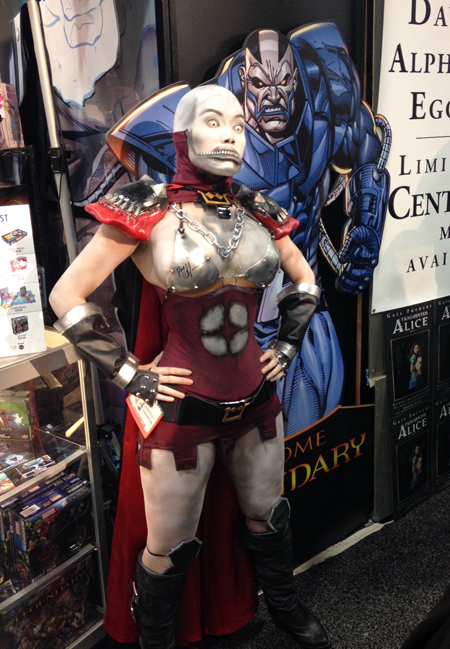 Apocalypse and his girlfriend strike a pose at the Upper Deck booth! 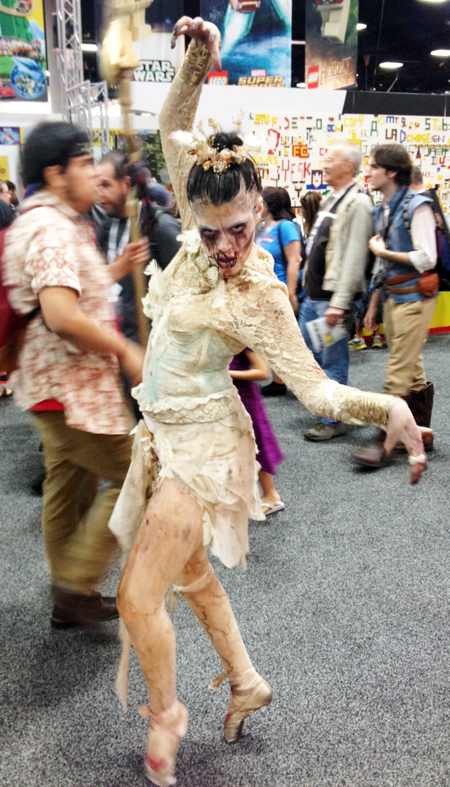 This ballerina is looking to meet a guy with brains. 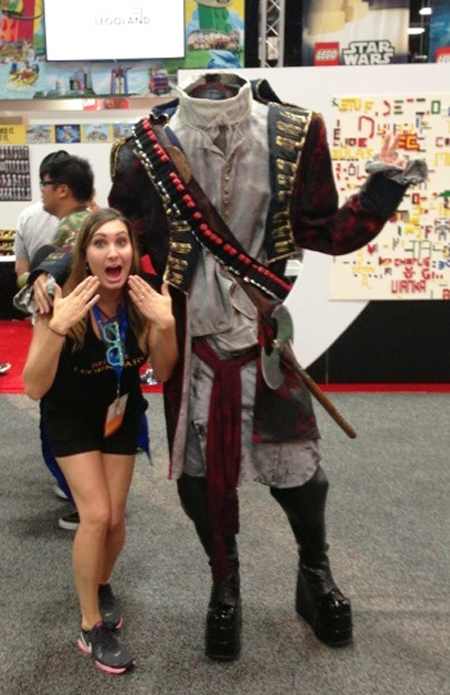 This horseman is clearly missing something important. 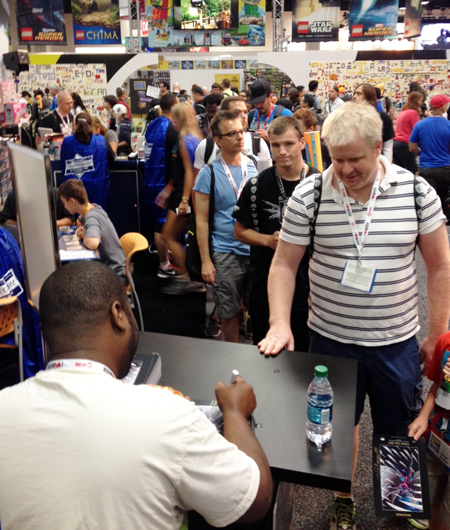 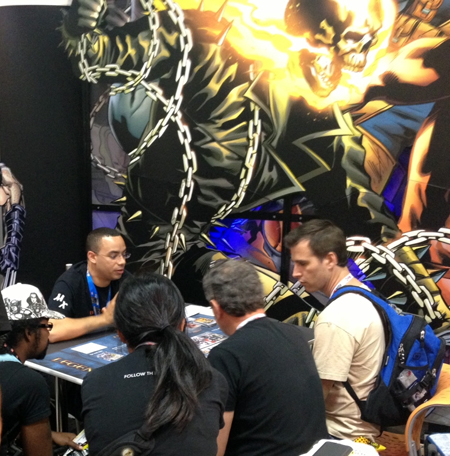 Fans take a little time out to play Legendary as Ghost Rider looks on.