The royal baby is here and while the world waits in anticipation for a name of the child, we wanted to share a fun giveaway with our fans in honor of the new arrival. No doubt all the talk of a royal baby has got collectors thinking about collectibles of the royal family. Upper Deck was even tempted to issue a redemption card for the future king in 2013 Goodwin Champions, but refrained as we try to avoid any redemptions without good cause.

Upper Deck has issued trading cards of the royal family before however, most recently with Kate Middleton appearing in 2012 Goodwin Champions. 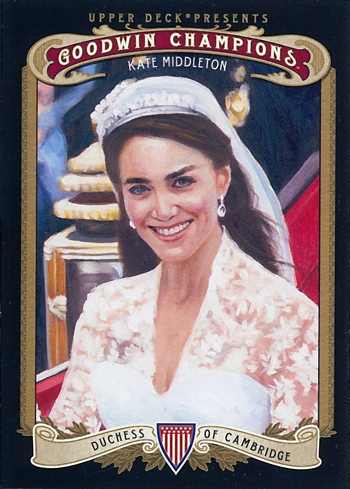 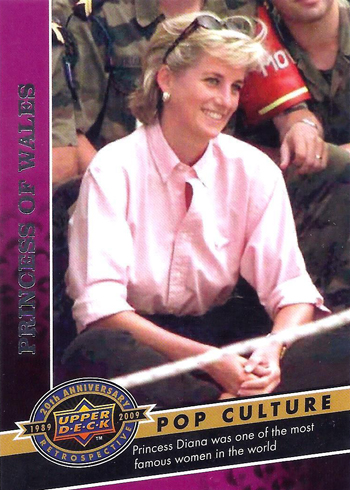 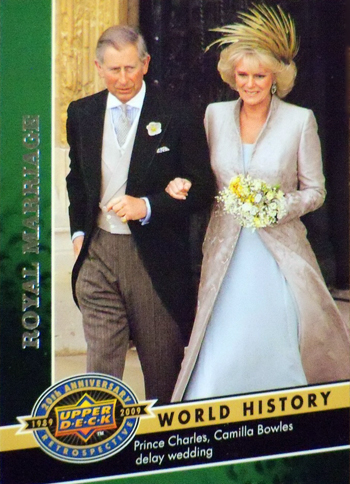 Do you have this card? Take a photo of yourself holding it and post it to score four one-of-one printing plates of the card! 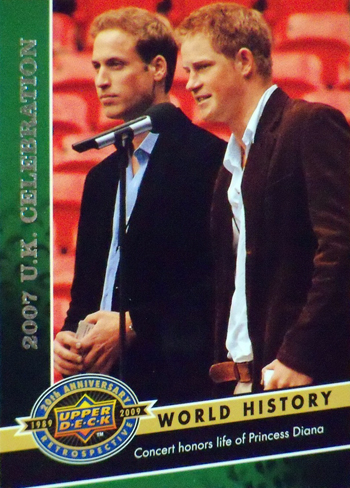 Do you have this card? Take a photo of yourself holding it and post it to score four one-of-one printing plates of the card!

Upper Deck has been holding on to four printing plate cards of Prince Charles along with Prince William and Harry for an event like this for some time now. It’s time to go back through your collections to see if you have one of these two cards. The first collector to post an image of themselves clearly holding one of the 2009 Upper Deck Baseball 20th Anniversary Prince Charles or Prince William and Harry cards to either UD’s Facebook page or sent to @UpperDeckSports on Twitter will earn ALL FOUR printing plate cards. This is a tricky sort of scavenger hunt as there were 2500 cards in this set and it is from four years ago. So crack open those shoe boxes and get searching to score a royal mail day from Upper Deck! 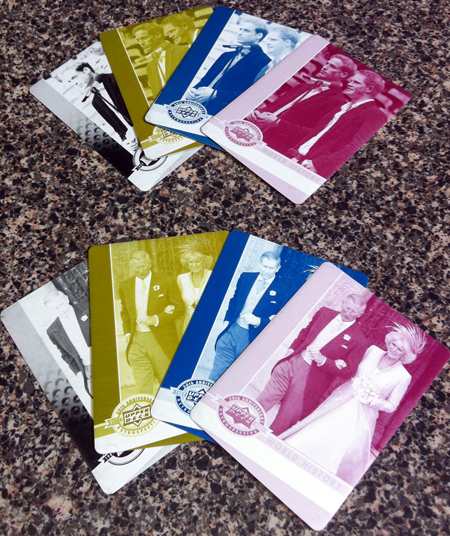 Four one-of-one printing plates of members of the royal family are up for grabs!

With any promotion like this, there are some rules: