Last night the SyFy Network aired the made for television movie Sharknado starring Ian Ziering and Tara Reid. The response was extremely positive for this hokey story about a tornado casting hungry sharks at residents of Los Angeles and it is sure to become a cult hit. Check out the trailer if you missed it:

Now fans of the film can bring a piece of the film home with actual shark trading cards. Upper Deck has produced a variety of trading cards of these fearsome carnivores over the years with the next iteration launching next week in Upper Deck’s 2013 Goodwin Champions Animal Kingdom patch card set. Fans can flock to find card AK-241 of the Frilled Shark and card AK-269 for the Common Thresher Shark. But Upper Deck has done cards of sharks in previous sets of Goodwin Champions that are currently on the market. Check out three of the best to own: 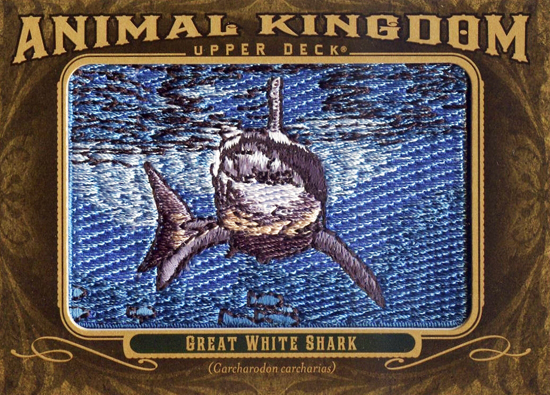 From the 2011 set, this is the Great White Shark Animal Kingdom patch card. 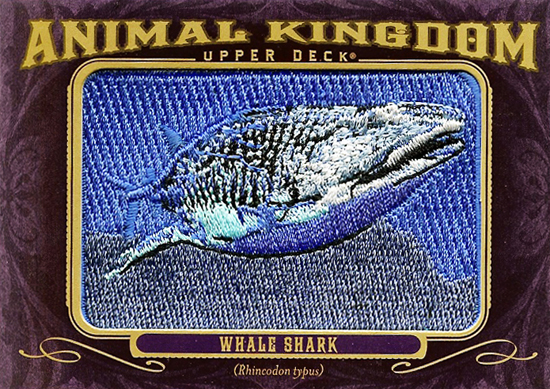 Not quite as ferocious as the other sharks, but certainly formidable, you can find the whale shark in 2012 Goodwin Champions. We hear he has been cast in the sequel to Sharknado! 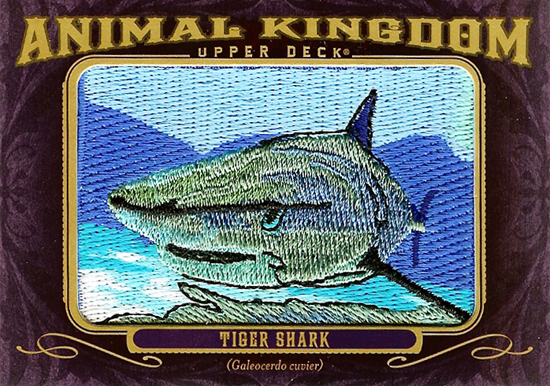 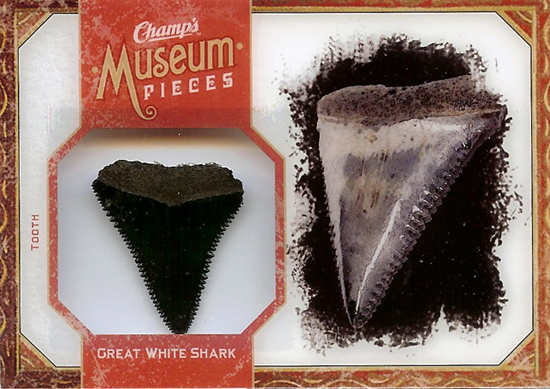 Take a bite out of this Champ’s Museum Pieces card which has an actual Great White Shark’s tooth embedded in the trading card.

So there you have it Sharknado fans. If you are looking to capture the ocean’s deadliest predators, find them in Upper Deck products!


Always liked the Animal Kingdom cards and these new ones look superb …but when you talk about the Champs museum pieces they are simply the best I was fortunate to get one and not just one my most prized card of my whole collection and for me to say that is something…….so with all said I will see you Great White Sharks tooth and raise you a Carcharodontosaurus tooth.
Thanks Upper Deck for creating such unique and awesome cards…
[IMG]http://i698.photobucket.com/albums/vv343/ty4orce2/dino3.jpg[/IMG]