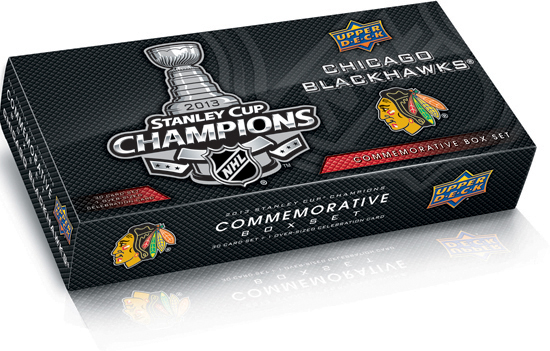 The 30-card set will feature 25 player cards from members of the team along with five “Season Highlights” cards. Additionally there will be an awesome 3 ½” x 8” commemorative box topper card that features a celebratory shot of the team after the memorable victory in Game 6. The suggested retail price for the set is just $19.99 and it will be the perfect gift for the Blackhawks fans who enjoyed a season for the ages. The set will be available in late July and will of course feature the players who made headlines this series like Jonathan Toews, Corey Crawford and the Conn Smythe Winner; Patrick Kane. Pre-order your 2013 Chicago Blackhawks Stanley Cup Champions Box Set Today!

Enjoy some images of the set! 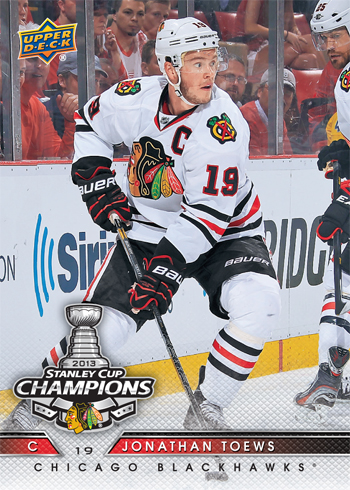 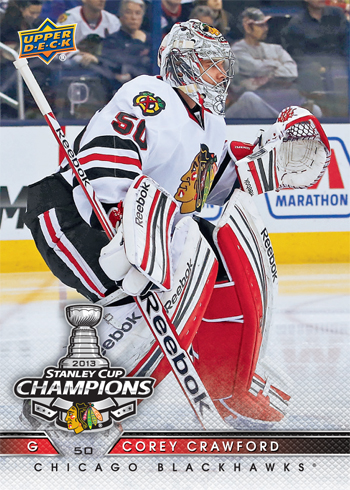 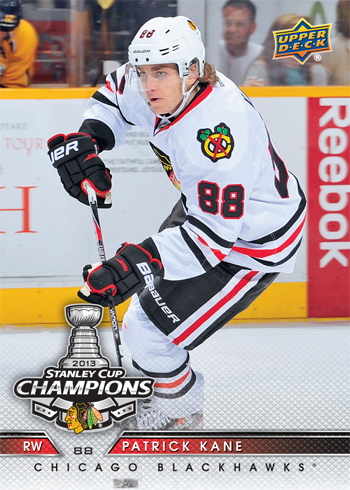 Additionally, Upper Deck Authenticated has produced some pretty compelling pieces for members of this Chicago Blackhawks team over the years like Jonathan Toews, Duncan Keith and Patrick Kane. Some items are still available on Upper Deck’s online store for the champs, take a look! 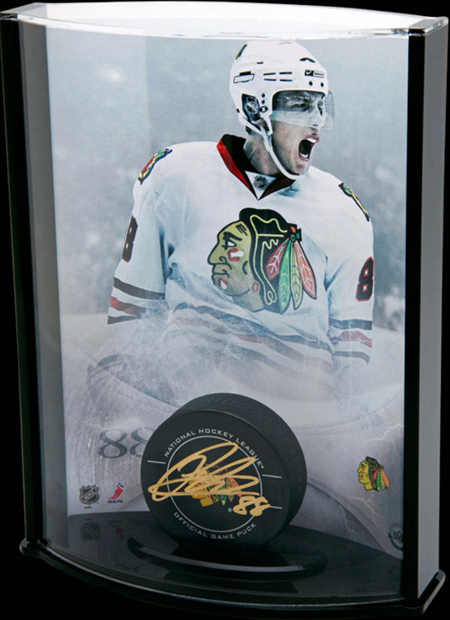 
I agree, as a huge Kings Fan, seems like you skipped something last season. For Shame


Unfortunately there was not enough sales demand to produce a version for the Kings. As a partner to the Los Angeles Kings that was disappointing to us, but we run a variety of promotions through the club, especially through Bailey’s buddies and produced a smaller Stanley Cup Final set for them last season that you can track down through online auction sites like eBay now or at some select LA shops.


Any chance at a 2014 box set coming?
2 Championships in 3 years should deserve something