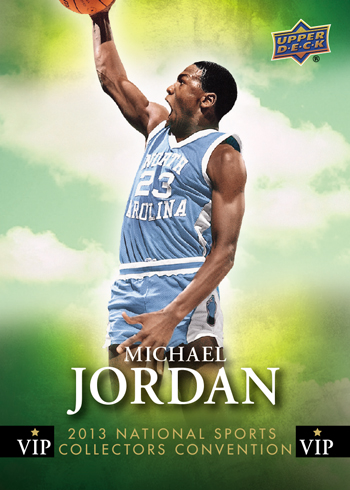 Wrapper Redemption Program – Collectors just need to purchase five (5) packs of 2013 SPx Football, 2013 Upper Deck Football (Hobby), 2012-13 SP Authentic Basketball, 2012-13 NHL SP Authentic or 2013 Goodwin Champions OR two (2) packs of 2012 Fleer Retro Football, 2012-13 NHL Fleer Retro or 2012-13 Fleer Retro Basketball to receive one (1) 2013 Upper Deck National Sports Collectors Convention Pack. These five (5) card packs must be purchased from a Certified Diamond Dealer who will provide collectors with an Upper Deck issued voucher for the redemption program. The program will begin at different times each day starting on Thursday and run as long as supplies last. Collectors can take advantage of the promotion up to four times per person, per day. 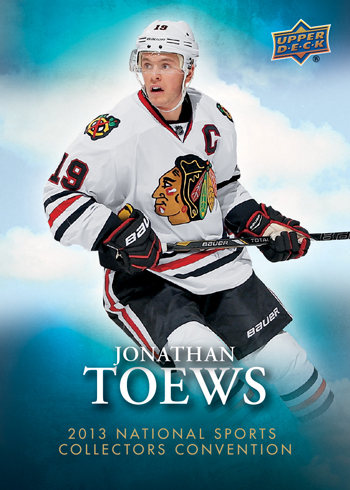 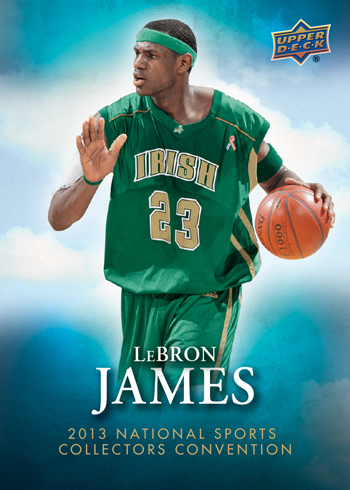 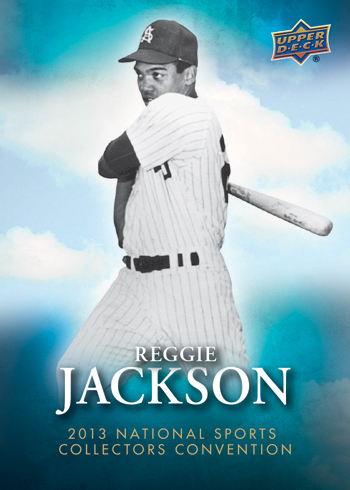 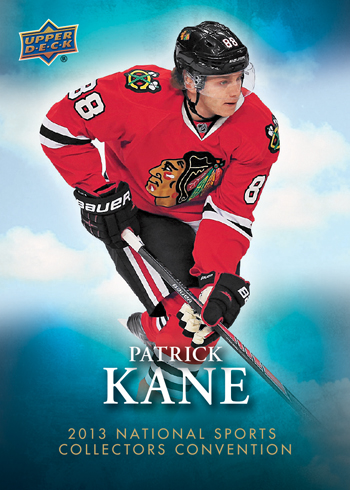 What really makes this promotion compelling however are random autographs inserted randomly into these packs from some of the biggest names in sports today. Take a look at some of the autographs you may be lucky enough to pull from these packs! 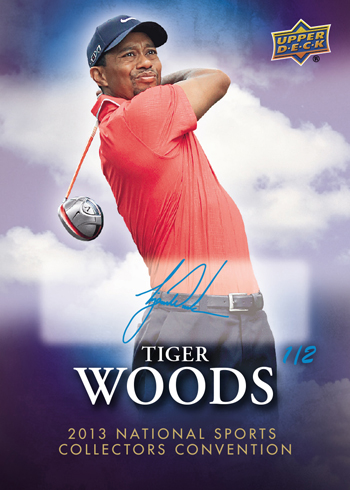 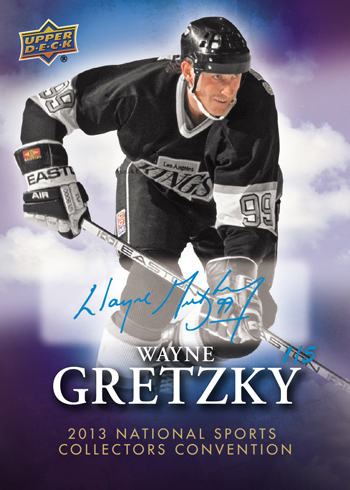 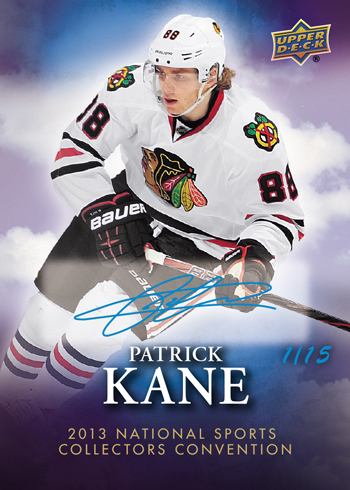 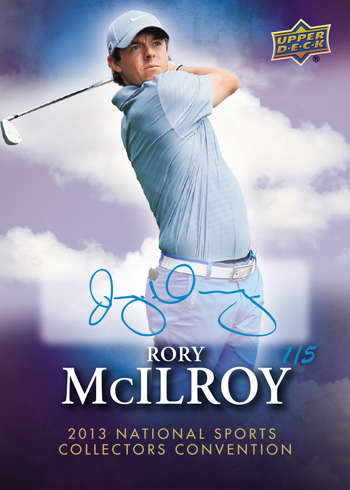 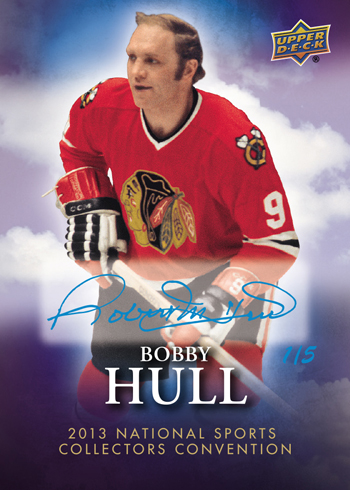 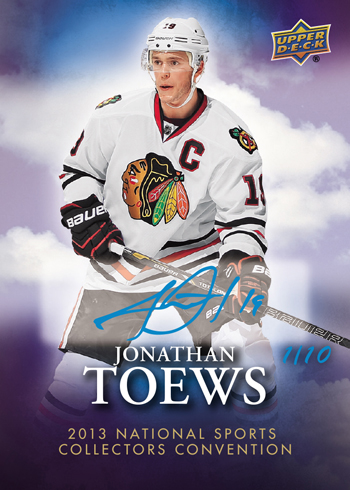 Case Breaker Promotion – Based on the success of the case breaker promotion at the 2012 National Sports Collectors Convention, Upper Deck will bring the program back for 2013 with 25 high-end items available to fans looking to open cases of the company’s Fleer Retro brands. Collectors can open a sealed six (6) box case of 2012-13 Fleer Retro Basketball, 2012-13 Fleer Retro NHL or 2012 Fleer Retro Football without waiting in any lines at any time throughout the show to receive the following: 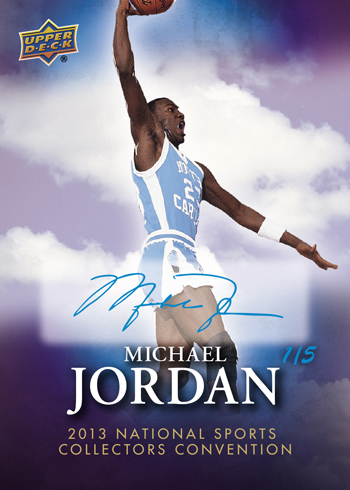 Collectors taking part in the case breaker promotion will have a 1:5 shot of walking away with a Michael Jordan autograph cards limited to just five total copies!

(1) Case Breaker Raffle Ticket good for a random memorabilia item, trading card or one of five (5) Michael Jordan autograph cards produced exclusively for the National Sports Collectors Convention. The item selected will be immediately available to the participant.

As with the other wrapper redemption promotion, the product must be purchased from a Certified Diamond Dealer at the show who provides the collector with an Upper Deck issued voucher. Collectors can open up to one case, per person, per day at the show. This promotion is limited to the first 25 collectors to take part in the promotion. 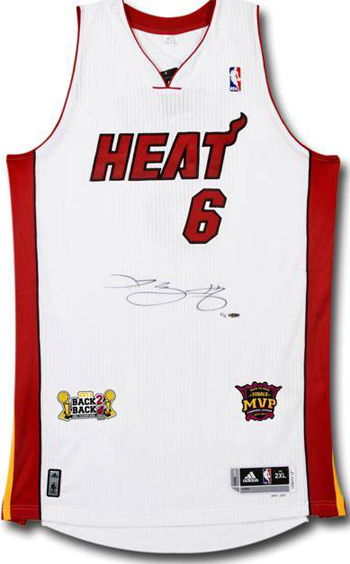 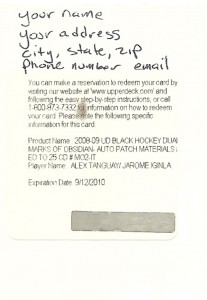 Collectors who send in their cards need to legibly write their name, address, phone number and email address to the front of the expired Upper Deck redemption card (in the white area) in black or blue ink. Cards not received in time for this event will be carried over to the next Expired Redemption Raffle. Upper Deck will have 100 PRIZES available in this raffle consisting mostly of limited autograph cards, memorabilia card, unopened boxes and signed promotional items from Upper Deck Authenticated. Here are some of the more exciting items that will be up for grabs. 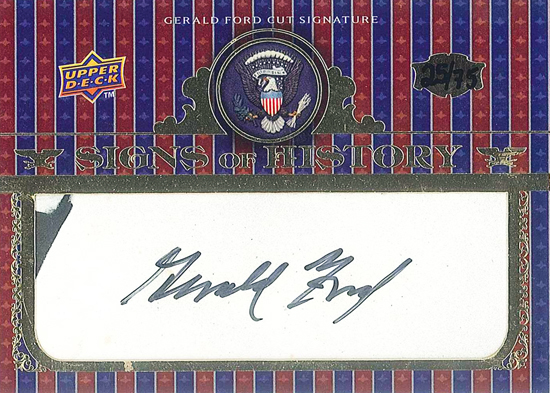 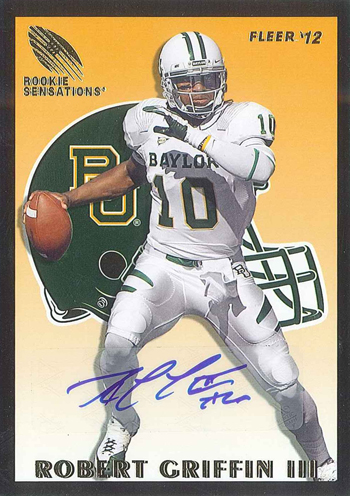 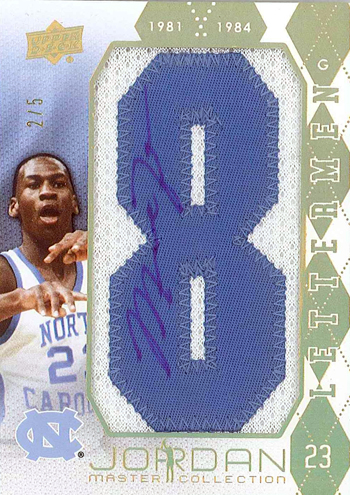 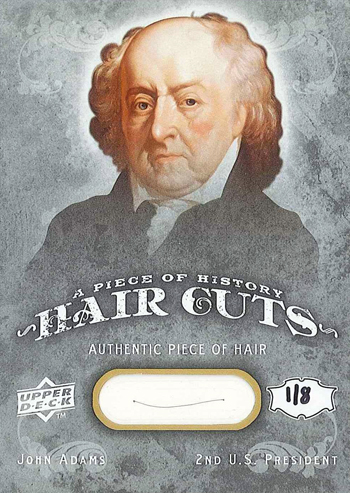 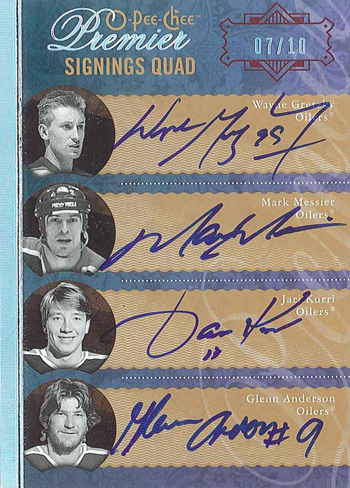 Kids Draw Your Own Trading Card & Decoy Toss Challenge
Wednesday at 5:00 p.m., Thursday at 2:00 p.m., Friday at 4:00 p.m., Saturday at 4:00 p.m. and Sunday at 1:00 p.m.
Throughout the show Upper Deck will have an area where kids can draw and create their very own Upper Deck cards. UD staff will be on hand to provide incentives for participants. Additionally, we will run the fan favorite decoy toss challenge for kids where two youngsters will square off head to head to see who can get the most pack decoys in a basket. Take a look at this youngsters solid form from a previous show:

Upper Deck Signature Challenge
Wednesday at 6:00 p.m., Thursday at 4:00 p.m., Friday at 3:00 p.m., Saturday at 4:30 p.m. and Sunday at 12:00 p.m.
Upper Deck is going to put a select group of fans through the paces of a signing session where collectors will see first-hand the pressure that comes along with signing the perfect autograph. So start practicing your signature and visit the Upper Deck Booth at the following times to take part!

Notre Dame Football Pack War & Tailgate
Thursday at 11:00 a.m., Friday at 1:00 p.m., Saturday at 5:30 p.m. and Sunday at 11:00 a.m.
This is your chance to sample Upper Deck’s new Notre Dame Football product. The first 50 fans in attendance will receive a free pack and get to take part in a pack war promotion. Afterwards, we will celebrate with a tailgate tournament! Great prizes will be available and participation is FREE! 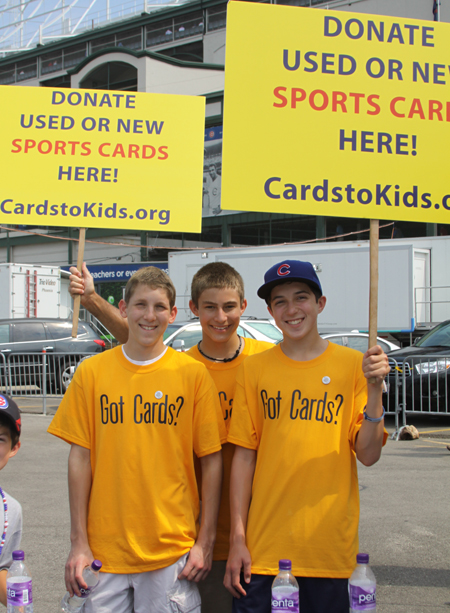 Volunteers from Cards2Kids charity will be on hand to collect used trading cards for kids.

Cards2Kids – Upper Deck will be partnering up with one of our favorite charitable organizations during the 2013 National Sports Collectors Convention; Cards2Kids! They are a non-profit charity dedicated to getting cards in the hands of young collectors who are in children’s hospitals or youth groups. For more information on the charity, click HERE. Upper Deck will accept trading card donations from collectors, dealers or distributors throughout the show to be used with Cards2Kids and we hope to have a delegate from the charity at the Upper Deck booth to answer questions on the program. If you’ve got cards you would love to share with the next generation of collectors, donate them this week at the 2013 National Sports Collectors Convention!

Upper Deck’s “What’s the Big Idea?” Promotion – Upper Deck is heading into the company’s 25th Anniversary in 2014. Upper Deck prides ourselves on being a forward-thinking company that is appreciative of our past, but more focused on the future of how we will continue to innovate trading cards and the entire sports memorabilia category. We are also a company that was founded on being the “collector’s choice” so we want our fans feedback in what they would like to see from Upper Deck for the next 25 years. At anytime during the show from Wednesday through Friday evening, fans can fill out an Upper Deck “What’s the Big Idea?” form where any fan can share their “big idea” on what they would like to see Upper Deck release over the next 25 years.

The top two ideas will be contacted Friday evening and invited to a private Upper Deck event Saturday where they can pitch their idea to a room of experts who will vote on the candidate who has the best idea. While Upper Deck may or may not move forward with this idea, the candidate with the most votes will receive a signed LeBron James promotional poster. The runner-up will receive a special autograph card from a top NHL star. More importantly however, the top two ideas will earn a ticket to a very exclusive event Saturday afternoon.

Diamond Club Member & Candidate Reception – Upper Deck continues to support our loyal group of Diamond Club members and will be running a special promotion during the National where active members can attend a special Diamond Club Member & Candidate Reception. Collectors who are not active members can earn a ticket to this private event by purchasing the most Upper Deck product from a participating Certified Diamond Dealer at the show from Wednesday through Saturday morning. The event will take place on Saturday from 1:00 p.m.-3:00 p.m. at an undisclosed location in the Rosemont area.

Attendees will enjoy complimentary food and drinks while getting to know each other and Upper Deck Staff. Upper Deck is not planning on having an athlete appear at this event, but rather exchanging ideas and spoiling them with a variety of amazing collectibles from the biggest names in sports. We will use a variety of tactics to distribute these gifts, but attendees will definitely feel the love from Upper Deck at this event and many will leave wondering how they will fit all these great items in their luggage. Finally we will judge the winners of Upper Deck’s “What’s the Big Idea?” Promotion who will present to attendees who will judge which idea is best.

Certified Diamond Dealers in attendance and existing Diamond Club members will be contacted soon with more details on this elite event. This event is open to collectors only, no dealers will be allowed.

Twitter – If you are tweeting from the 2013 National Sports Collectors Convention make sure to use the hashtag #NSCC and make sure you are following @UpperDeckSports and @natsportsshow!

Questions? – If you have any questions, please enter them in the comment section below and we will be happy to answer.