Running successful marketing programs around kids is important for Upper Deck to help develop the next generation of collectors. Upper Deck recently ran a promotion looking for a youngster in the New Jersey area to serve as the company’s official 2013 NHL Draft Runner. The young man or woman selected would get the opportunity to work with the Colorado Avalanche (the team with the #1 overall draft pick this season) throughout the action-packed NHL Draft.

Upper Deck received a variety of essay submissions from kids and from parents nominating their children. After two days of reviewing submissions and internal debate, Upper Deck staff made the decision to select Varun Sikand, a 13-year-old boy and New Jersey native, as the company’s 2013 NHL Draft Runner. Take a look at some of the excerpts from Varun’s winning essay:

“I have been collecting hockey cards since I was 8. I am a passionate card collector and I truly love the hobby. Upper Deck has been the foundation to my vast collection. I buy many Upper Deck products and I really love their cards. I am a huge New Jersey Devils fan and I would be honored if I could attend this year’s draft in my home state. I go to at least five home games a year and I have a great collection of Devils memorabilia. Upper Deck has helped me collect my favorite New Jersey Devils hockey cards. I focus on the hobby with full attention and I am a true hockey card collector. 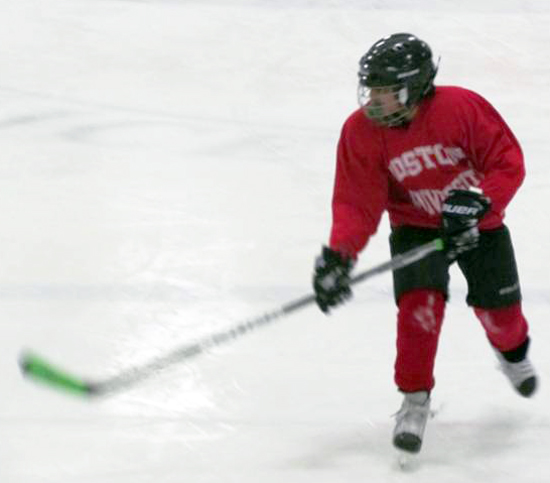 “I have a love for writing about hockey cards. I have made a blog that I write on occasionally. The blog’s name is Hockey Card Central. I express my thoughts on hockey cards and my collection. I also write about NHL news. Last year, when the Devils went to the Cup Final, I went to Game 2 and unfortunately saw Jeff Carter win the game for the Kings in overtime. I really love reviewing and expressing feelings about the culture of hockey. 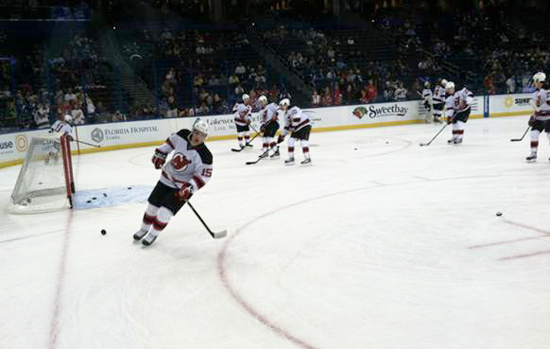 A picture Varun shot at a game where he cheered on his New Jersey Devils.

“My collection of hockey cards would not be the same if it was not for the great company of Upper Deck. UD has provided me with the chance to experience some of the best moments of my collection career. I will never forget my top two memories of collecting:

#2 – I opened a pack of 08-09 SP Authentic and I pulled a future watch autograph of Steven Stamkos. Little did I know that Stamkos was a future NHL star.

#1 – On my 11th birthday, my parents gave me a pack of 10-11 SP Game Used and 10-11 SPx. In the SP Game Used pack, I pulled a Sidney Crosby jersey card. Then I followed that up by pulling a dual jersey card of Anze Kopitar and Drew Doughty. Upper Deck has been very special in my collection. 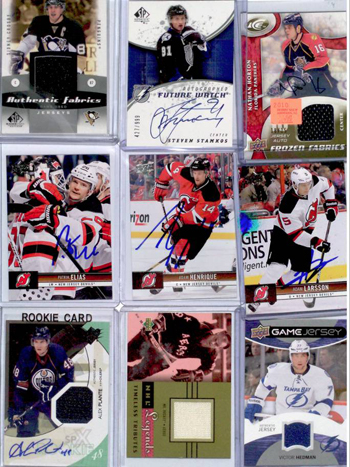 These are some of Varun’s favorite Upper Deck cards.

“I have met my favorite NJ Devils superstars after games and practices. I play hockey for my local team and there is nothing more exciting than meeting my favorite hockey players. As you’ve noticed, I have truly embodied the spirit of Hockey. I deserve 100% to be the runner in 2013 NHL draft in my home state, NJ. When I get elected to be the runner, I will cherish and bask in the glory in being able to witness the draft. That one day will change my life forever. Not only will memories be formed, but my collection will also have a historic day to remember. I will thank Upper Deck if I get elected. I, Varun Sikand, will absolutely love to be the runner in the 2013 NHL Draft!” 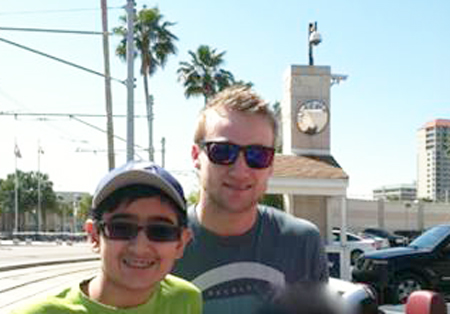 A big thrill in Varun’s life thus far was meeting Steven Stamkos, but at the 2013 NHL Draft he will meet a variety of NHL future stars and legends.

Upper Deck would like to thank all the company’s retail partners who collected essays for this promotion and all the youngsters and parents who took the time to submit them. There were many deserving kids and we are happy to share many of them will be receiving complimentary Upper Deck product and/or tickets to the 2013 NHL Draft! This is just another way we help bring the next generation of collectors closer to the game.

“I am honored to be the Upper Deck runner at the 2013 NHL Draft for the Colorado Avalanche,” said Varun Sikand after hearing the news he was selected. “It is a dream come true for me to be sitting at a table with a NHL team. It is amazing to be helping the team that has the 1st overall draft pick. It will be a once in a lifetime experience to see the NHL draft in my home state of New Jersey. I will also look forward to seeing Upper Deck’s booth and ripping some Upper Deck NHL packs! I also would like to thank my parents for all they have done with my hockey career.”

Congratulations Varun! We are looking forward to sharing an amazing day with you at the 2013 NHL Draft. See you there!