Upper Deck Entertainment team was very busy this weekend at the 2013 Origins Game Fair demoing Marvel Legendary™: A deck building game. The team got a thrill when Ioan Gruffudd, the actor who plays Mr. Fantastic in the Fantastic Four movies, stopped by Upper Deck’s corporate booth to check out the game. 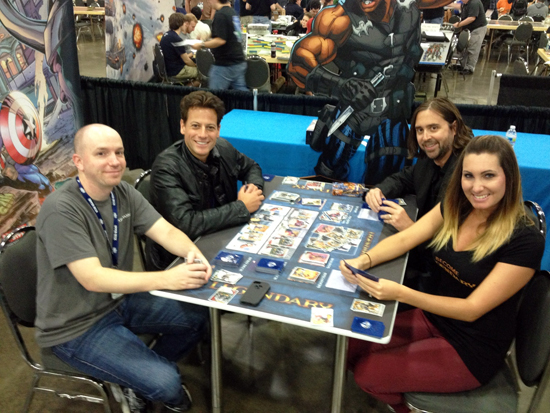 It should come as no surprise that Ioan thought playing Marvel Legendary was “fantastic!”

The timing was great as the new Dark City expansion to the set was being previewed at the show and it officially releases this week. Also being previewed was a Fantastic Four packaging art for the October expansion of the game. Watch as Jason Brenner from Upper Deck Entertainment shares information on the new expansion and what fans can expect from it.

Fans interested in ordering the new Dark City expansion set for Marvel Legendary™ can do so now through Upper Deck’s online store!