The Sportscard & Memorabilia Expo returns to Toronto running from May 3-5 and Upper Deck will be there like always, but we will be bringing some exciting new elements to the semi-annual event that fans are going to love! Much of what fans enjoyed at the Fall Expo from Upper Deck will be back, but Upper Deck will begin celebrating the excitement tied to the upcoming NHL Double Rookie Class for the first time here at the show.

Upper Deck will start promoting the anticipation for the 2013-14 NHL Double Rookie Class beginning at the Spring Expo in Toronto!

Upper Deck will have super items, including autograph memorabilia from members of the 2013-14 NHL Double Rookie Class on display and available for free raffle on Friday night at 8:00 p.m. and again on Saturday at 5:00 p.m. All collectors need to do to participate is just visit the Upper Deck booth prior to those times in order to receive a free raffle ticket. 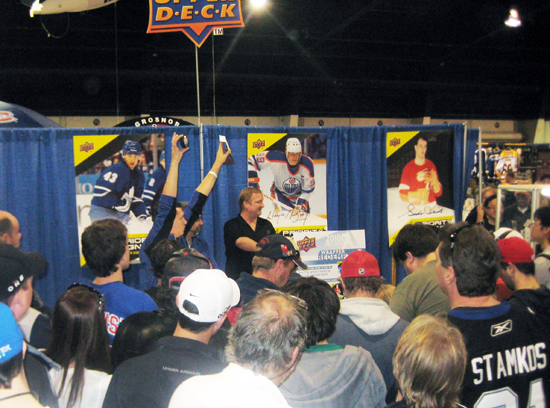 Upper Deck raffles at the Expo are always a BIG draw!

Take a look at the final checklist for the Spring Expo for Priority Signings is strong with all cards limited to just 35 copies of less: 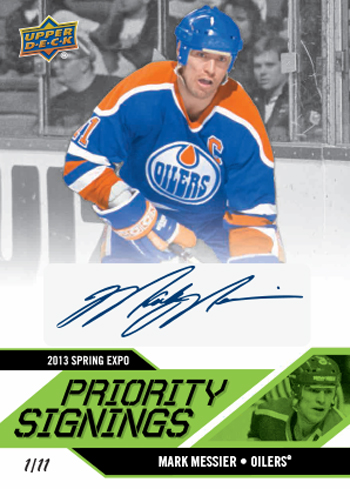 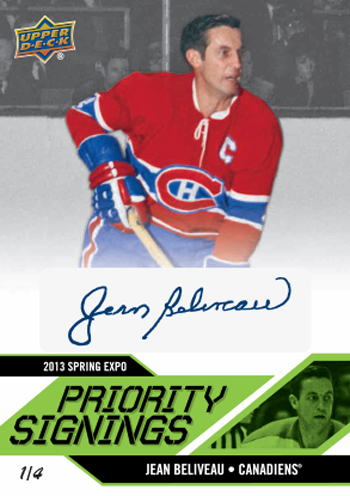 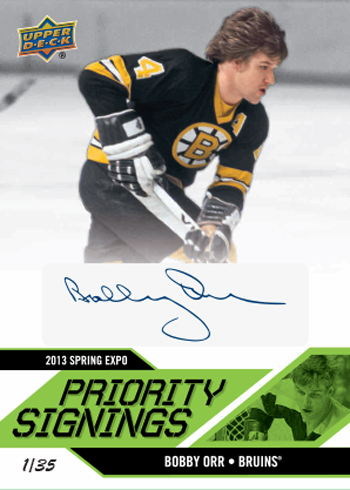 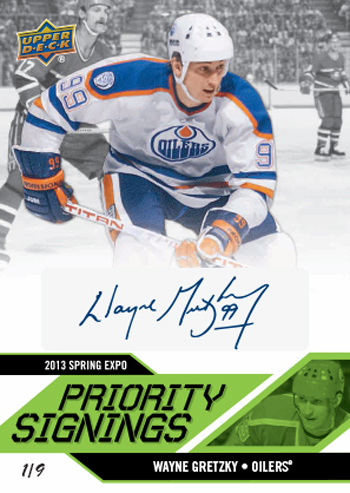 Below are the hours for the Priority Signing program and cards will be available while supplies last, one card per customer, per day:

Based on the success Upper Deck had with the case breaker promotion we ran in the past, we will be bringing it back with some added twists. Collectors will be rewarded for opening one eight-count of 2012-13 NHL SP Game-Used or one six-count case of 2012-13 NHL Fleer Retro purchased at the show from a Certified Diamond Dealer. Upon opening the case and turning in their voucher and wrappers, collectors will receive two random Priority Signings autograph cards and a special bonus; an instant redemption for an ultra-rare Exclusive Priority Signings single or dual signed card OR an autographed memorabilia item from a top NHL draft pick. These single signed cards are limited to 9 copies or less and the dual signed cards will all be one-of-one collectibles. Additionally, collectors taking part in the case breaker promotion do not have to wait in any line and can come up at any time to participate! A final checklist of cards available in the Priority Signings Exclusives set for the case breaker promotion are listed below: 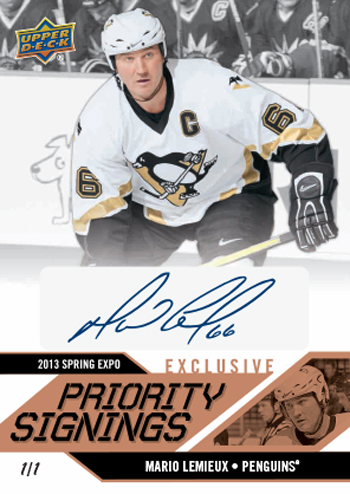 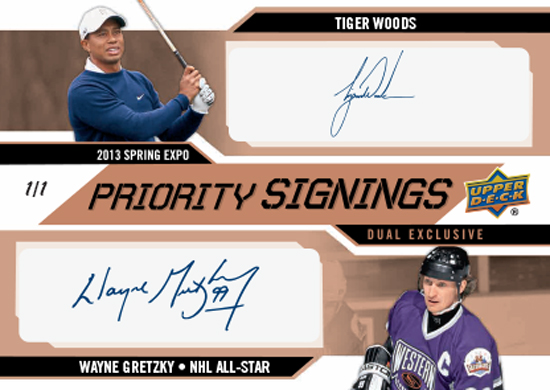 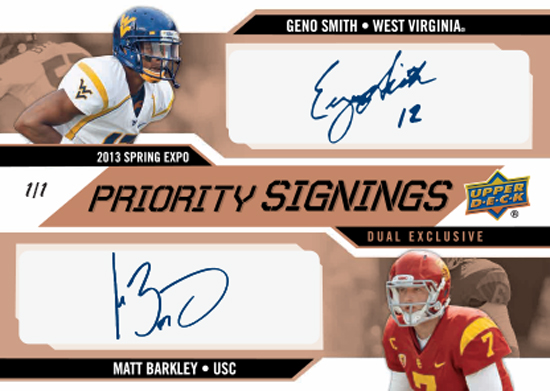 All the giveaway items for the case breaker promotion will be on display at the Upper Deck booth so make sure to stop by to check them out during the show. Just don’t wait too long, these items are only available while supplies last!

On Saturday Upper Deck will host a special exclusive event at the company’s corporate booth beginning at 2:00 p.m. One of the Canada’s most well known and respected hobby retailers, Cloutsnchara will host the CnC/UD Expo Monster Group Break where participants can take their shot being a part of one of the biggest break of the year where the following sealed cases will be cracked:

Upper Deck is sweetening the pot for the CnC/UD Expo Monster Group Break by adding in 27 Priority Signings Autograph cards from the Fall Expo, four packs of 2011-12 NHL Ultimate Collection and one Diamond Club Exclusive Autograph card of Alex Ovechkin. Spots for this Monster Group Break event have already sold out, but even if you are not in on the break, you’ll want to be at the Upper Deck booth to see what comes out of the packs. Cloutsnachara has a track record of pulling some awesome cards so don’t miss it!

And for the first time ever, Upper Deck is bringing one of the most beloved games of all-time to the Spring Expo for a series of tournaments throughout the show where winners can score an autographed puck from members of the 2013-14 NHL Double Rookie Class. That’s right, UD is bringing Bubble Hockey to the Expo! Fans can sign up to take part in a series of tournaments throughout the Expo on Friday at 4:00 p.m. and 8:30 p.m., Saturday at 1:00 p.m. and 4:00 p.m. and finishing up Sunday at 2:00 p.m. 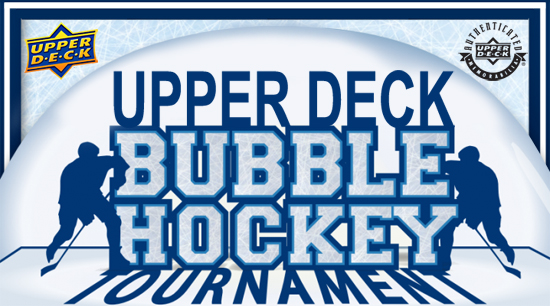 And last but not least, Upper Deck will be offering fans the ultimate photo-op where they can be pictured as the “Great One” on an Upper Deck Team Canada Trading card! That’s right, UD will have a HUGE blow-up card of Upper Deck exclusive spokesman Wayne Gretzky where fans can put their head through the card to become the “Great One.” 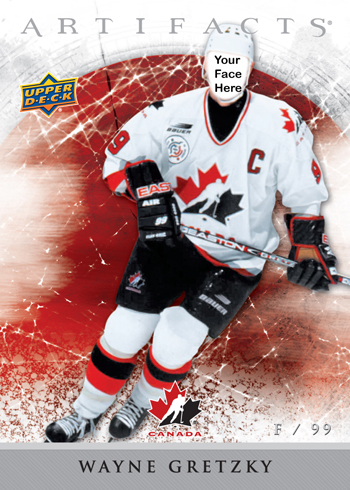 All this and more are waiting for you at the 2013 Spring Sportcard & Memorabilia Expo, don’t miss it!


I buy thousand dollars of ud product every years… i will never be able to get some pack of priority signings, toronto is to far 16h of car trip