Earlier today Upper Deck shared with the company’s Authorized Distributor network a special new set of trading cards would be released exclusively for Team Canada Hockey. The 2013 Upper Deck Team Canada Hockey set will be right in line with the base Upper Deck brand in terms of price and configuration. There will be five cards per pack, 24 packs per box and 12 boxes per case. The cards will all feature the same great photography as collectors have come to expect from the flagship Upper Deck brand, but the product will have richer content with two autographs in every box on average and four boxes per case will have a third autograph card!

The base card set features 260 cards including 100 short prints. Approximately 200 former Team Canada players will have autograph cards in the set. Other fun aspects to the products are two trade cards good for two future star 2013 Draft Picks including rare signed versions. Additionally, a “Clear Cut Program of Excellence” insert numbered to 99 copies will utilize acetate technology to deliver a very exciting card fans of Team Canada will want to collect! Another technology insert collectors will love is the 60 card SE foil board set that will also have a rare gold die-cut parallel version.

Here is a breakdown on the box and case breaks for 2013 Upper Deck Team Canada Hockey which is slated to release on August 20, 2013.

One in every two (2) boxes will also have one of the following cards!

Check out some preliminary images of the set that only Upper Deck can bring fans through our exclusive agreement with Hockey Canada! 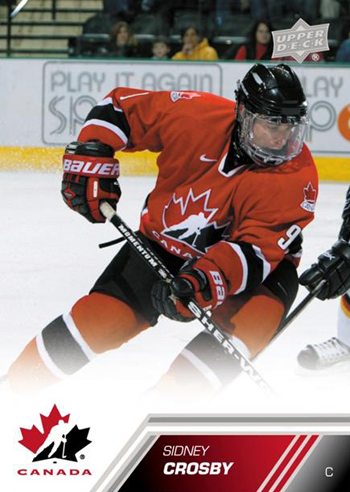 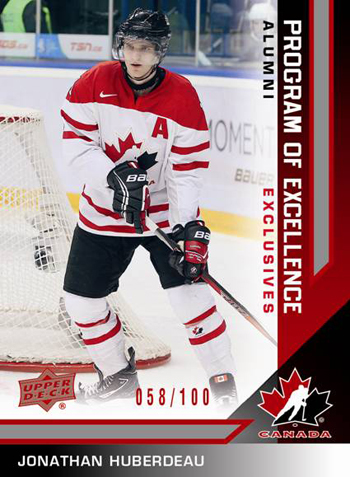 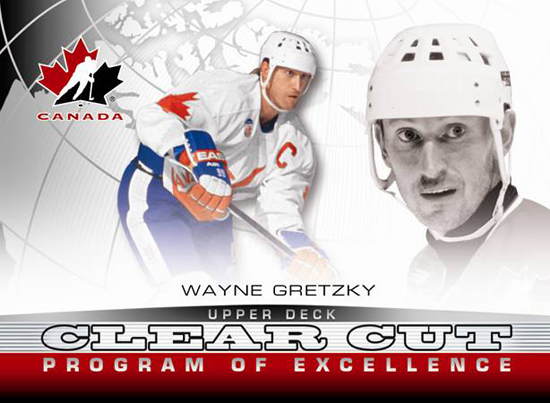 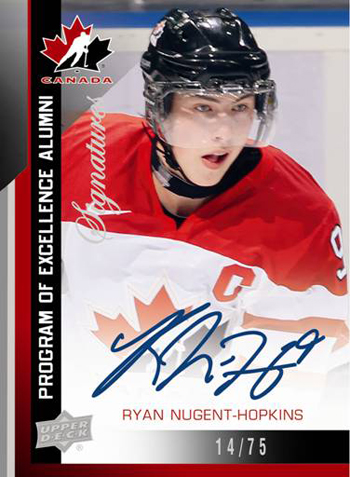 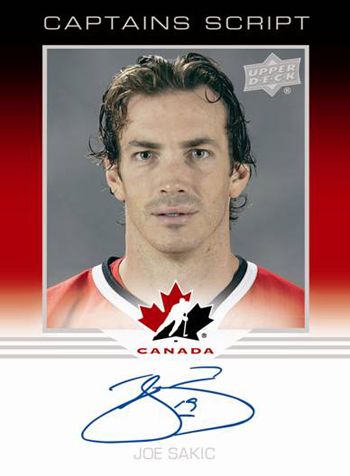 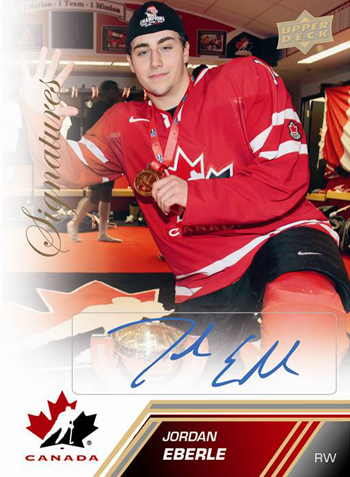 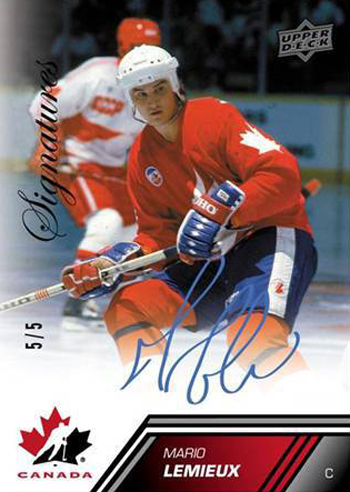 Given the subject matter of this set, this product will be offered exclusively in Canada.

Product depicted for demonstration purposes only. Set content subject to change without further notice. Stated odds reflect an average of the entire production run; no ratio is guaranteed to exist in an individual box or case.


Guys, this is TERRIFIC! Love the configs of the boxes and can’t wait to get our guys ripping on this stuff — who wouldn’t want a base set of this?!?


Please tell me you’re going to do everything in your power to include Paul Kariya in your signers list 🙂 Thanks!


This product looks like a winner and we’ve already had a few inquiries about it.

Only drawback is the lack of game-used… even one plain-old-jersey-card per box would be a huge added incentive.


I agree, there should be at least some game worn products even if they are very limited and hard to pull. That said, I love Team Canada cards and will bust at least 2-3 boxes.


This set looks amazing! I can’t wait to get this! I’m particularly interested in the clear cut design which looks very strong.