Now is the Time to Collect Upper Deck Hockey: the NHL Double Rookie Class is Coming

I remember during the 2004-05 NHL lockout when fans and shop owners wondered if Upper Deck would even put out NHL trading cards products with no hockey being played.

“How could they put out NHL cards if there isn’t even a season?”

Well the company did produce and release NHL products during the lockout, but was extremely careful about how much product was introduced into the volatile market. It was all very limited and releases were well spaced out. Surprisingly the products performed very well, it seemed like these releases helped appease fans as they waited for their beloved sport to return. Products like 2004-05 NHL Upper Deck Series One and 2004-05 NHL SP Authentic all did well and today, sealed product is very difficult to find because most of the product had been opened, totally consumed by the market. 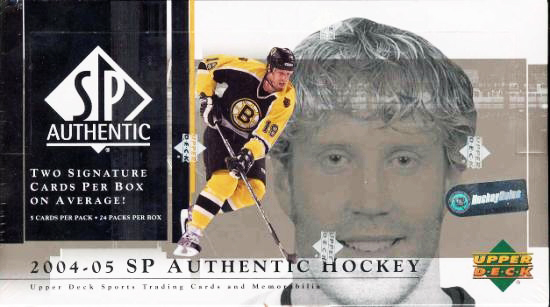 Most of the product from the 2004-05 trading card season has been consumed. There is very little sealed product in the market these days and it carries a premium.

That is the type of situation you have with the 2012-13 NHL Upper Deck trading card products, with the major exception being that the season was saved and they are back playing the game. Upper Deck has limited all print runs on 2012-13 NHL trading card products in an effort to make sure the market does not have more than it can bear and all the releases have been doing very well. The Upper Deck product that is out there will not be out there for long before it has been consumed as well. It gives collectors the unique opportunity to collect in a different type of way.

Instead of opening product, sometimes collectors just put away sealed boxes and cases waiting for the inventory to dry up. With a shorter supply comes a greater demand and that is when these speculators sell while making a profit. There is risk in doing so, but if recent history serves true, there is great opportunity with 2012-13 NHL Upper Deck products. 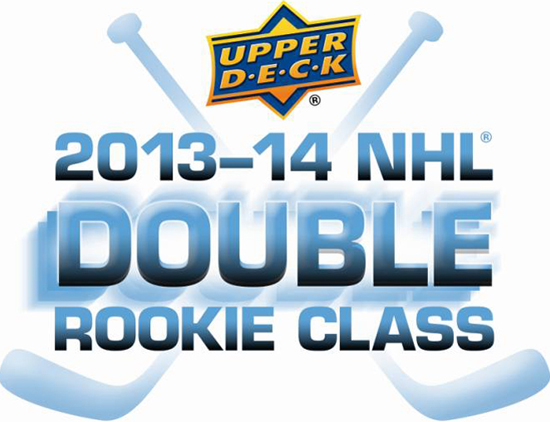 The Double Rookie Class is coming to 2013-14 NHL Upper Deck products and with it collectors will find tremendous value in each pack!

That being said, the real opportunity will come as 2013-14 NHL trading cards begin hitting the market later on this summer with a double rookie class. And based on how players are skating this season who will be included, it looks to be an amazing year for hockey collectors. If you have always thought about collecting hockey cards, now truly is the time to get involved in the hobby as 2013-14 NHL Upper Deck releases are going to be loaded with twice as much rookie content of some real standout players. Throw in the fact Upper Deck has exclusive autograph deals with legendary players like Bobby Orr and Wayne Gretzky, along with an exclusive deal for Team Canada going into an Olympic year and you’ve got the recipe for some really potent trading card products. 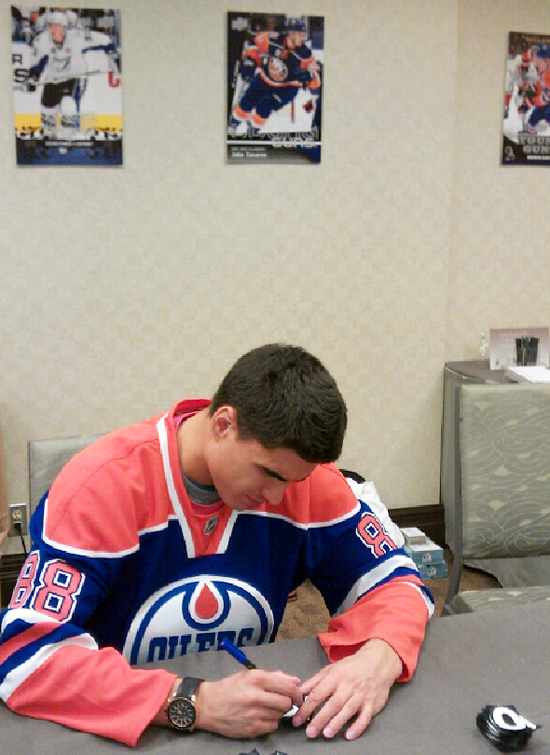 Nail Yakupov signs for Upper Deck at the 2012 NHLPA Rookie Showcase, but fans will need to wait for his first licensed NHL cards until the 13-14 season.

The 2013-14 NHL Double Rookie Class is coming and Upper Deck is poised to bring it to you like no other manufacturer. Over the next several weeks we will be releasing a series of videos from industry experts talking about how similar the events in the trading card industry from 2004-2006 are to the opportunities collectors now have before them. Here is the first from Angelo Exarhakos of Universal Distribution.