When you think about the best college basketball programs in the country, you immediately think of North Carolina, Duke, Kentucky and UCLA. For the Bruins there have certainly been an abundance of alumni who went on to have amazing professional careers, but without a doubt one of the all-time greats was Reggie Miller.

At UCLA Reggie Miller put up a staggering amount of points during his four-year Bruin career (1984-87) ending his run as the school’s second leading all-time scorer right behind Kareem Abdul-Jabbar. Miller went on to have huge successes in the pro ranks with the Indiana Pacers and was a standout member of the USA Olympic team winning gold in Atlanta, GA. On Wednesday, January 30, the Bruins took a moment to pay tribute to Reggie by retiring his jersey at Pauley Pavilion and staff from Upper Deck were on hand to capture some of those magical moments. 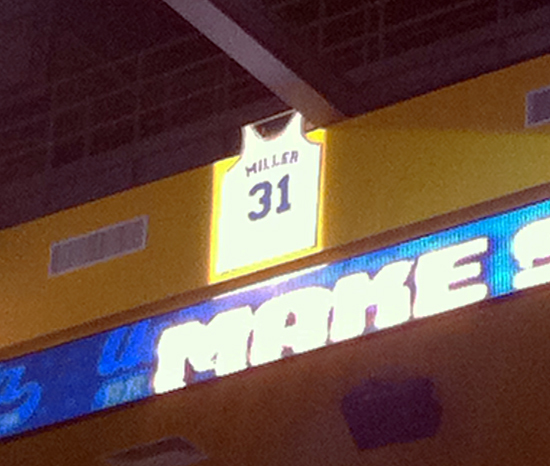 The next day we were able to do something with Reggie that no card manufacturer has been able to do in years; get him to sign some trading cards. That’s right, for the first time in a LONG time, Reggie Miller will not only be appearing in Upper Deck basketball products, but he will have SIGNED trading cards included as well. Being able to score authentic autographs of this all-time great is a real source of pride for Upper Deck as we continue to deliver fans the most collectible athletes in the game. Look for the first Reggie Miller autograph cards in 2012-13 All-Time Greats Basketball releasing on in April, 2013. 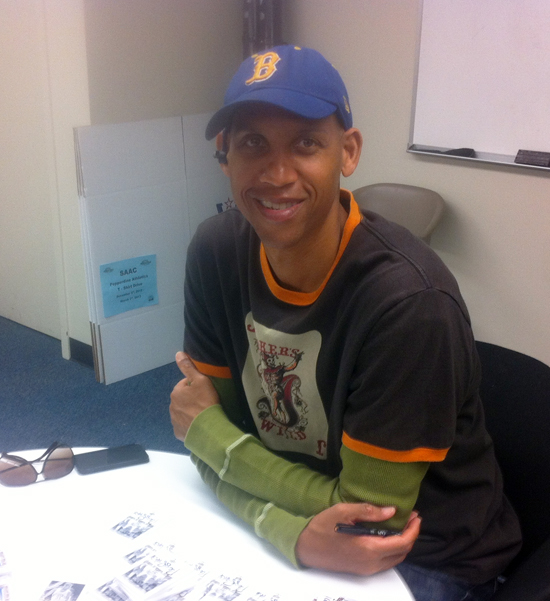 It had been awhile since Reggie had seen new basketball trading cards and he was impressed with the quality and innovation UD brought to the table, literally. 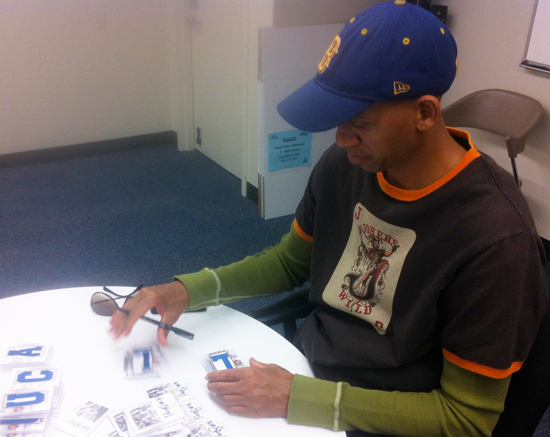 It was great to see this all-time great signing again for basketball fans who have been missing his autographs from the market.