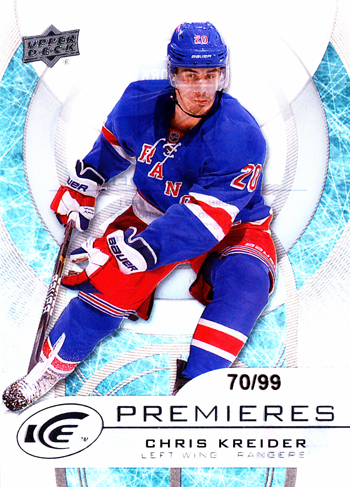 Kreider’s Ice Premieres rookie card from Upper Deck is one of the most sought-after rookie cards of the 12-13 season.

Chris Kreider was recently featured on the March cover of Beckett Hockey and most collectors agree that when you are opening 2012-13 NHL trading card products, he is the rookie you want to find in your packs. But he is still a rookie and like all young stars, they have a lot to learn. Check out what happens when Chris Kreider learns a valuable lesson from Detroit Red Wings prospect Tomas Jurco about the power of Twitter.