Just last week Upper Deck shared the company had reached autograph deals with top draft picks like Geno Smith, Matt Barkley, Manti Te’o, Montee Ball and more. It signaled the start of one of the busiest times of the year for Upper Deck where the company rapidly moved to acquire autographs of the majority of the top draft picks to use for upcoming football products like 2013 Upper Deck Football.

Take a look at just some of the recent signing sessions Upper Deck has held with these future star rookies. Many of them are signing autographs on the actual card which helps with regard to the values tied to the cards. Upper Deck is working hard to get as much live autograph content into the product as possible to avoid redemption exchange cards and give collectors the best pack-opening experience in the industry. 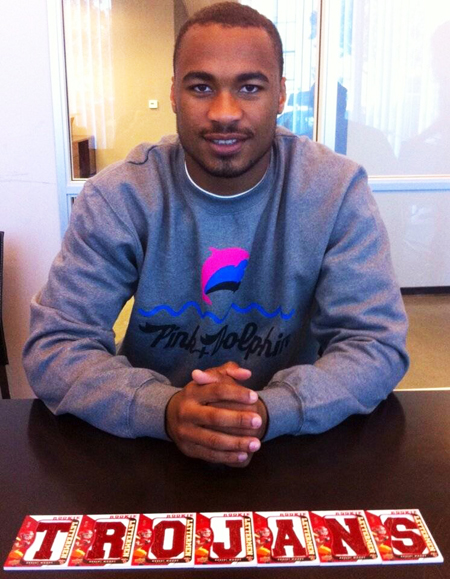 Robert Woods of the USC Trojans. 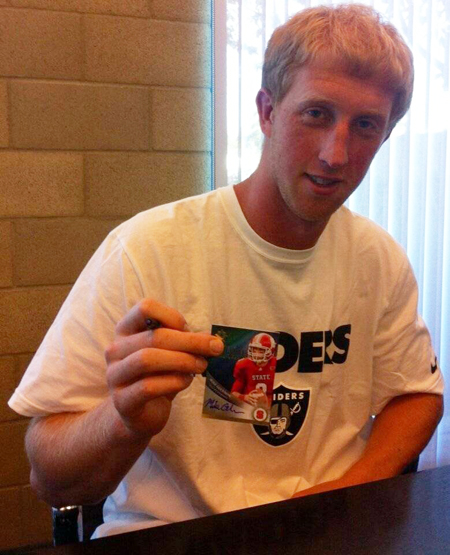 Mike Glennon of the NC State Wolfpack shows off his hard-signed Ultimate Collection Rookie card that will be inserted into 2013 Upper Deck Football. 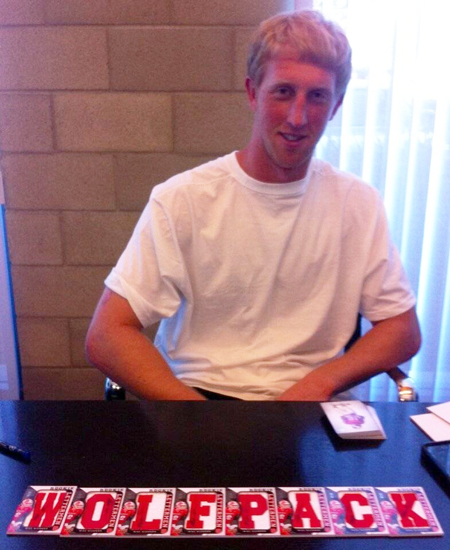 Mike also wanted to show off his on-card Letterman autographs that can also be found in 2013 UD Football. 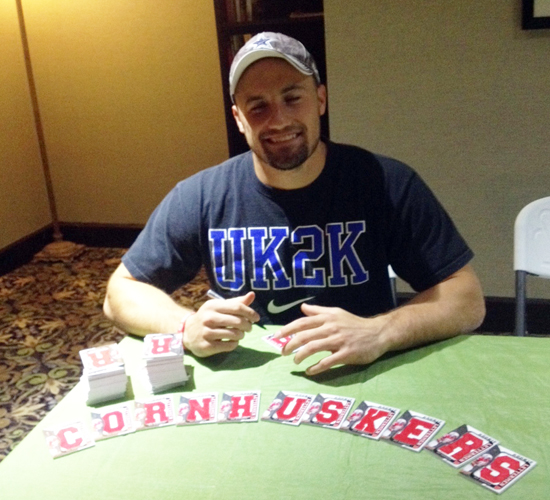 Rex Burkhead of the Nebraska Cornhuskers shows of his signed Letterman cards. 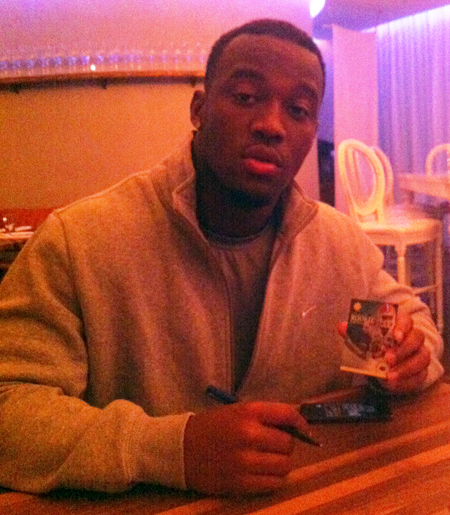 Mike Gillislee of the Florida Gators shows off his Ultimate hard-signed rookie card. 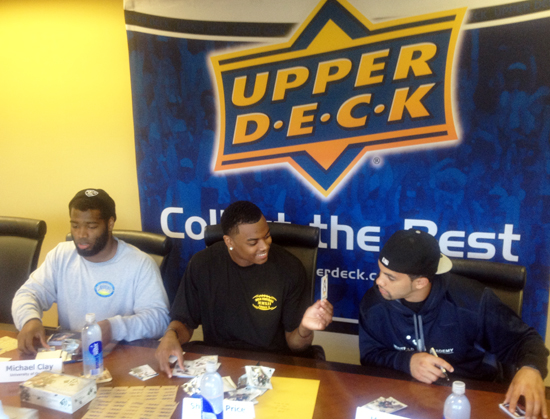 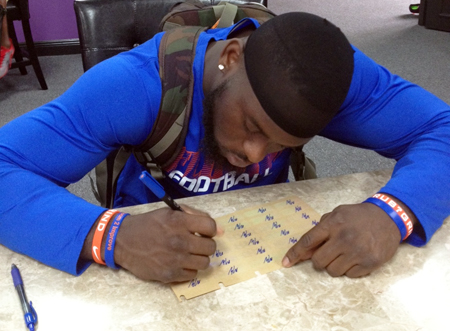 Matt Elam of the Florida Gators signs his labels to be placed on new UD cards. 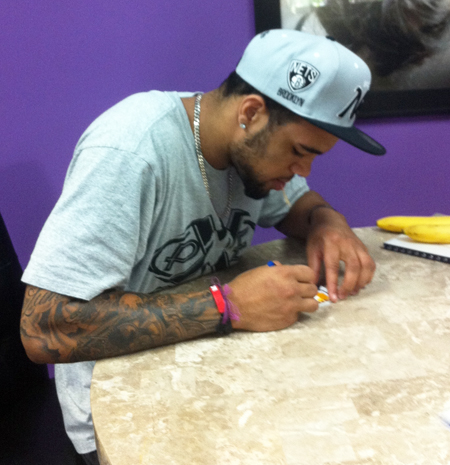 A look at Dan Buckner’s autograph U of A Wildcats cards. 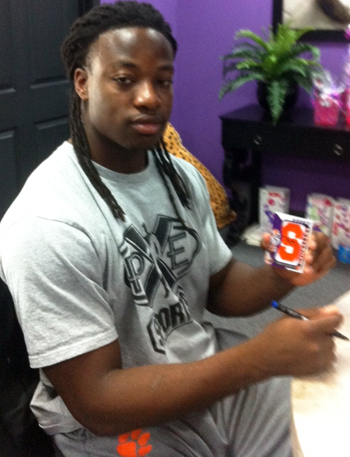 Andre Ellington of Clemson shows off one of his signed Letterman cards. 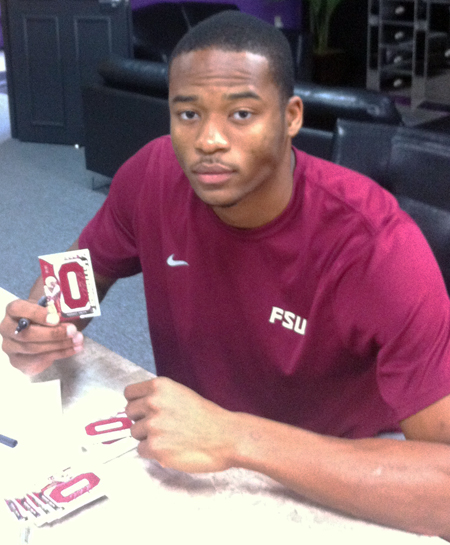 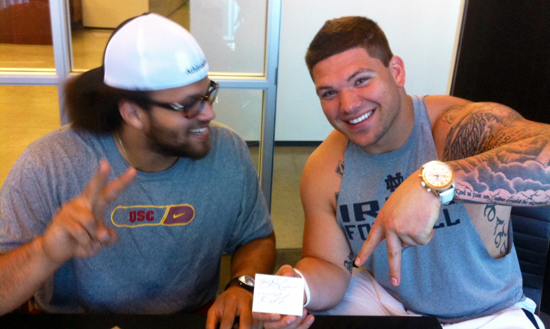 Khaleed Holmes (USC Trojans) and Braxston Cave (Notre Dame Fighting Irish) have fun at a signing session where they had a contest over who had the best signature. Braxston won.