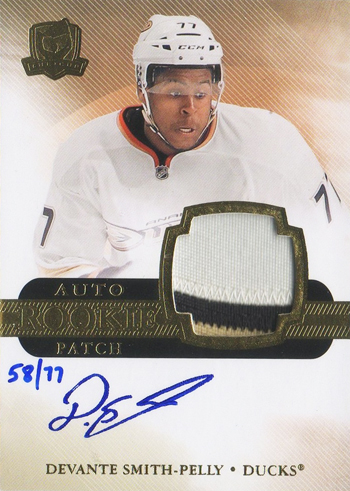 Upper Deck became aware that the signature on cards like this was not authentic and is working to get the cards remade and resigned for collectors.

Collectors who pulled these cards simply need to contact Upper Deck’s Customer Care group at (800) 873-7332 or by emailing QA@upperdeck.com. Upper Deck staff will provide instructions on how to send in your card to have it replaced. Additionally, Upper Deck will provide some relief on shipping costs for collectors affected in the form of two (2) new Upper Deck packs sent back with the replacement card.

A list of the exact cards affected is listed below:

Well done, fellas. I lay absolutely none of the blame for this at UD’s feet and it’s good to see a quick resolution.