I have been working for Upper Deck for close to fifteen years and I still get fired up when we get a shipment in from Wayne Gretzky. And I’m not alone. I knew something was up when I saw a group of about ten people crowding around the Athlete Relations area this morning. As the exclusive home to Wayne Gretzky, Upper Deck goes all out to bring collectors some of the most innovative trading cards of this hockey legend in the market.

I was able to get scans of some of the cards we received back from “The Great One” and I have to tell you, I still get very nervous handling these cards knowing how sought after they are by collectors and the values they command in the secondary market. Enclosed was a mix of cards for upcoming products like 2012 Upper Deck All-Time Greats Sports Edition and outstanding redemptions for products like 2011-12 NHL SP Authentic, 2011-12 NHL Upper Deck, 2011-12 NHL The Cup and 2010-11 NHL The Cup. Now some of the cards I did not get scans of were dual signed that haven’t been signed by the other athlete as of yet, but it should not be much longer on those so hang tight there! In the meantime, enjoy this impressive gallery from a sampling of the cards we received back. 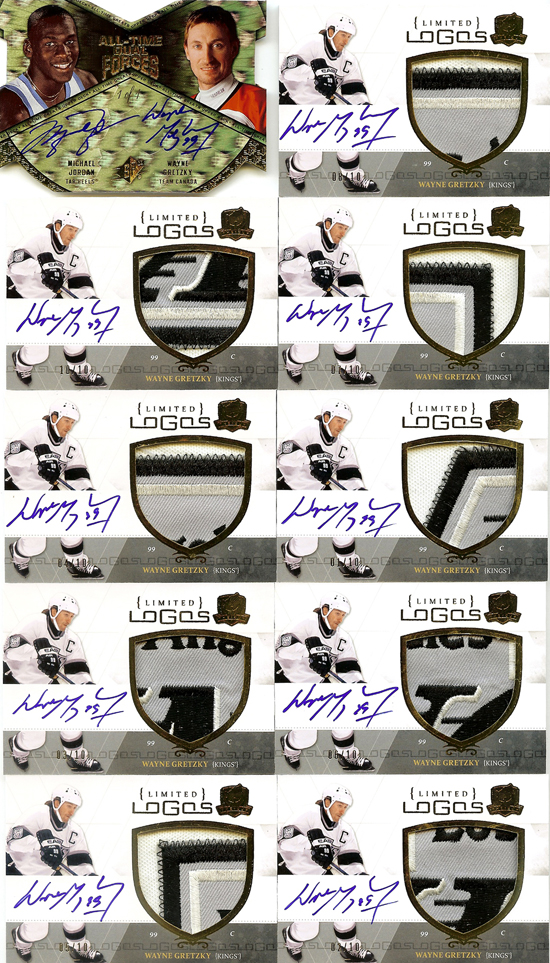 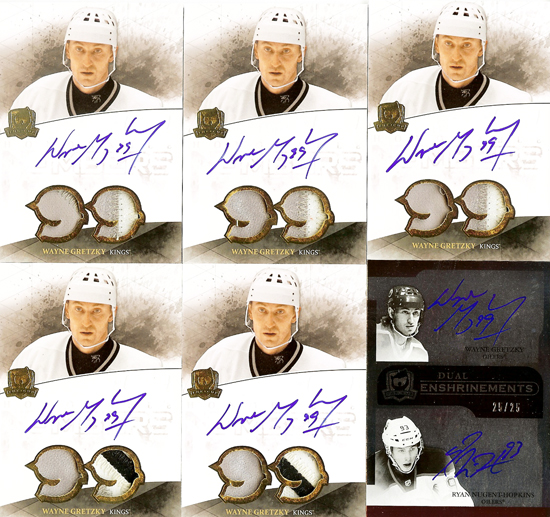 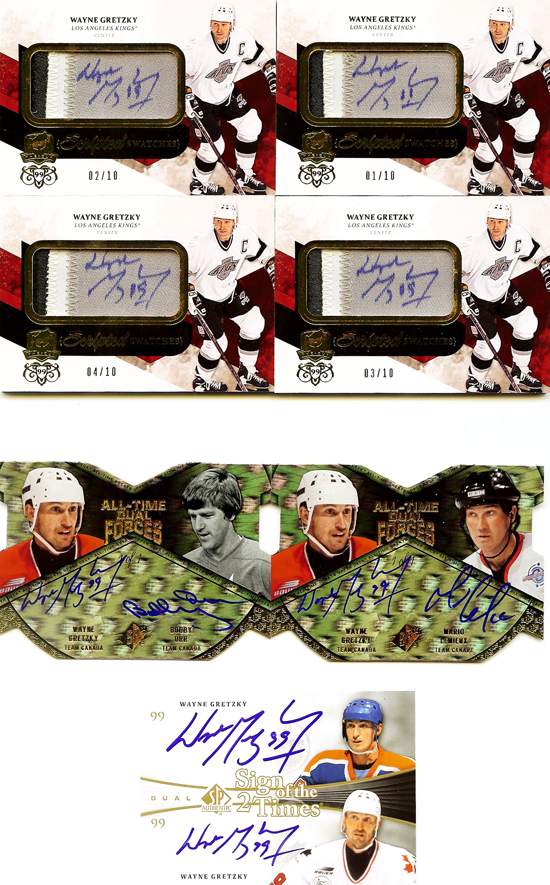 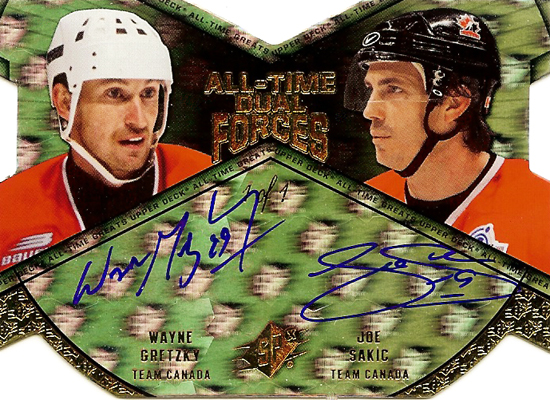 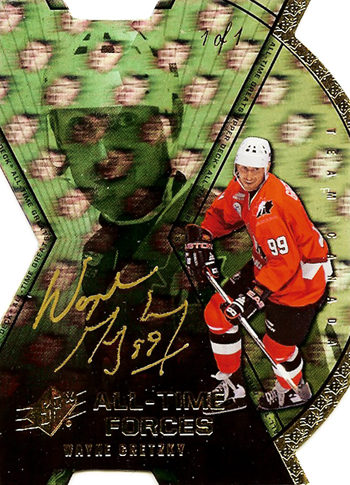 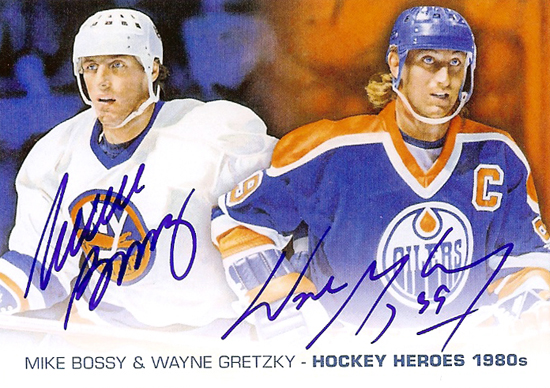 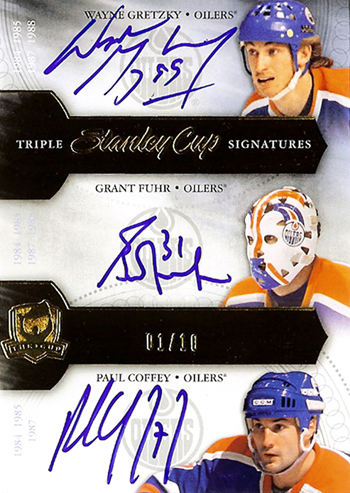 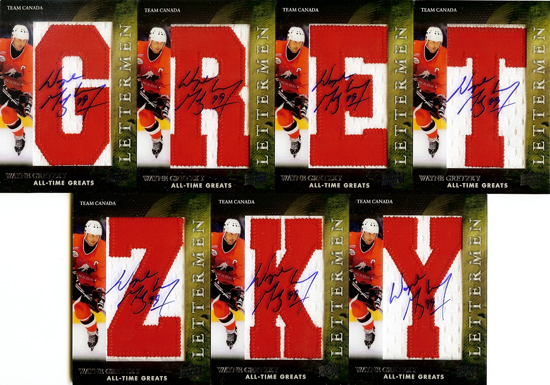 
OH MAN! I would LOVE to LAND ANY ONE of these AWESOME CARDS! GREAT GREAT JOB UD on landing these sig’s! AWESOME!
Dave

The Gretzky/Lemieux shown was sent to Mario first. We are sending the cards Gretzky signed missing Mario’s signature to him today. He is usually a pretty quick signer for us so hopefully you won’t be waiting much longer.


Gretzky, Kerri, messier from the cup?

Is the Gretzky/Bossy dual auto a teaser for the upcoming 12/13 UD Series One?


amazing stuff, but the ATG lettermen look awkward. i’m guessing it’s got an acetate cover over the letters since it’s not signed directly on the letters.