When we first shared information that Hulk Hogan would be appearing in an upcoming Upper Deck release, fans seemed to be genuinely excited. Recently we conducted a signing with the Hulkster in Florida and he was absolutely terrific. Wrestling fans can look for autograph trading cards of Hulk Hogan in 2012 Upper Deck All-Time Greats Sports Edition set to release on December 4, 2012. Hulk Hogan will appear with nineteen other professional athletes like Tiger Woods, Michael Jordan, LeBron James, Barry Sanders, Pete Rose, Landon Donovan, Wayne Gretzky, Kelly Slater and many more. 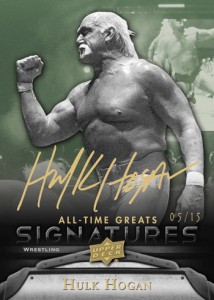 This holiday season Hulk Hogan fans can score autograph cards of the Hulkster himself!

Take a look at some images from the signing session. 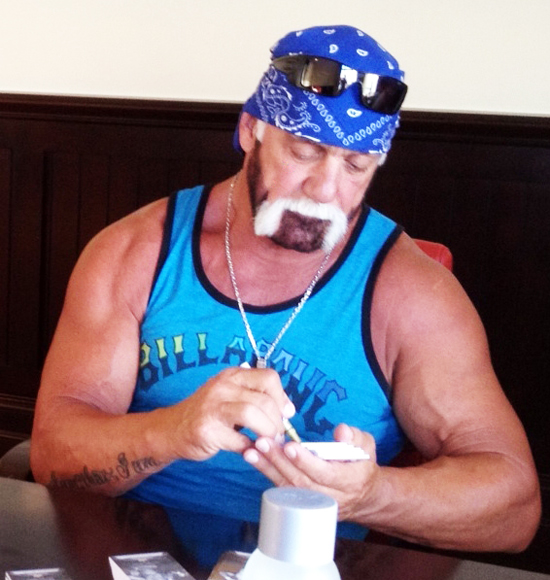 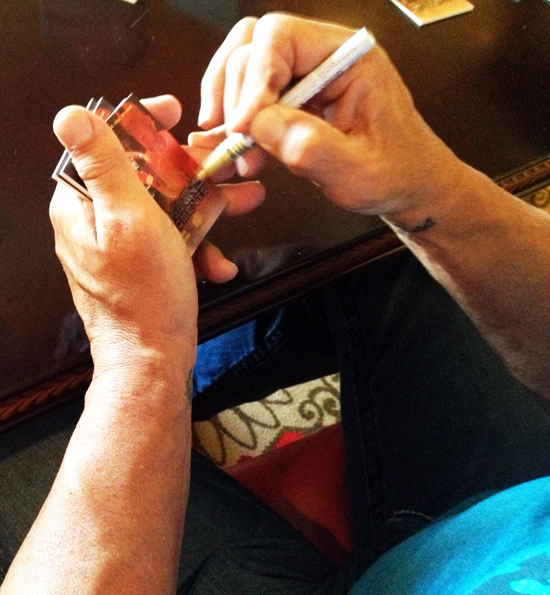 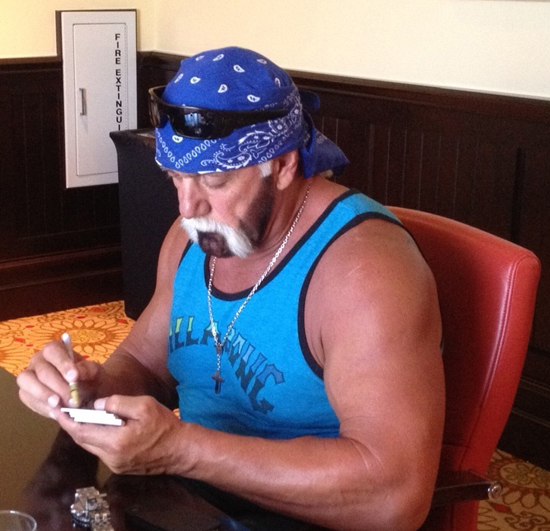 
You guys would make a hell of a lot of money if you made Hartsymania cards signed by Scott Hartnell and Hogan.