Brandon Weeden’s First Rookie Card is Not with the Cleveland Browns, but the New York Yankees

In 2002 it appeared Brandon Weeden would find fame playing on a baseball diamond instead of on the gridiron. At 6’6” with a fastball in the mid 90’s, MLB scouts were drooling over him. He was the second-round pick for the New York Yankees and Upper Deck was one of the first trading card companies to produce a card of the youngster, not realizing that ten years later he would be the starting quarterback for the Cleveland Browns.

At the time there was not too much information on Weeden and as Upper Deck worked to push out the 2002 Upper Deck Prospect Premieres set with close to 100 draft picks, a mistake was made. Information we received showed Brandon Weeden’s last name spelled “Wheeden” and that is how it his card was produced. It was not until the product was in the market and a couple collectors reached out to UD that we realized the error. Since the response was so minimal, the decision was made not to produce a corrected version and leave these cards in the market as uncorrected errors. 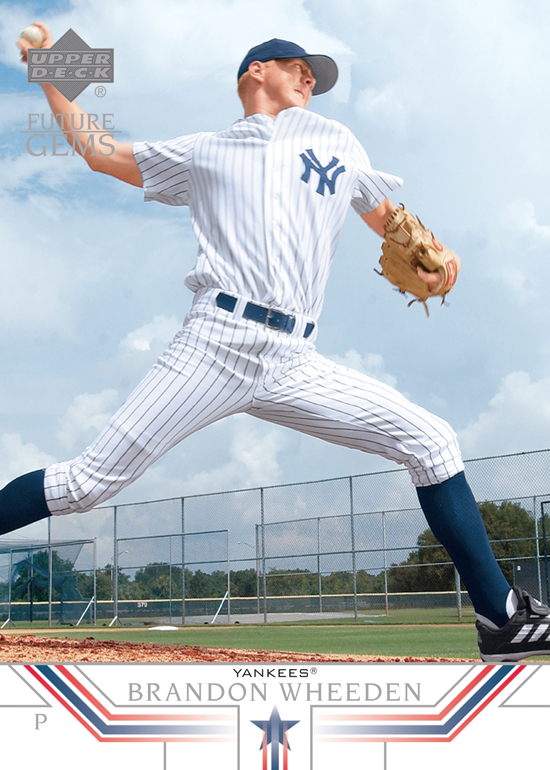 What’s wrong with this card? Yes, he’s got a baseball in his hand instead of a football, but check out his last name. All Weeden’s rookie cards were produced with this typo.

To this day, collectors enjoy breaking open packs of 2002 Upper Deck Prospect Premieres looking for young stars like Jon Lester, B.J. Upton, Jonathan Broxton, Francisco Liriano, Nick Swisher, Joe Mauer, Prince Fielder and Zack Greinke to name a few. And if you’ve purchased this product before, now is the time to go back through those boxes and see if you have one of these unique rookie cards of Brandon Weeden. Find one? Let us know about it in the comment section below! 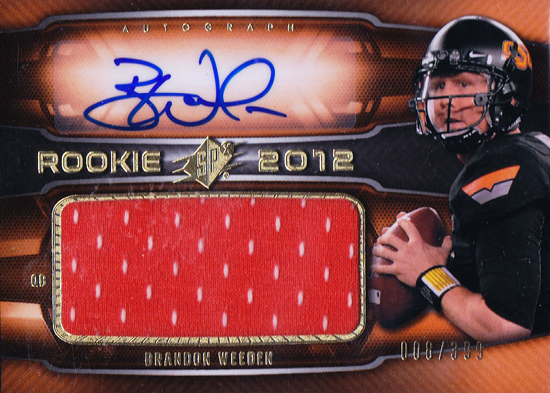 Ten years later as Weeden became the starter for the Cleveland Browns, Upper Deck got it right, producing a variety of Weeden rookies with his name spelled correctly.


I have found the Brandon “Wheeden” rookie card deep in my stash of baseball cards. The card is still in perfect condition. I wonder if the card is worth anything?


I have his 2004 MiBL card from Columbus Ga. CATFISH. That the ball club produced.


I have one of these cards signed and given to me by Brandon Weeden. Still in excellent condition.