You never know what kind of exciting pieces of memorabilia will come through the doors here at Upper Deck.  Thanks to deals with some of the best athletes in the business, we see all kinds of interesting and unique items. Tiger Woods memorabilia is no exception. We recently caught up with Tim Doull from Upper Deck Athlete Relations as he unveiled a very impressive set of Tiger Woods tournament-worm memorabilia that will be available through Upper Deck Authenticated. In one room we had Tiger’s hat, polo, and some gloves from his last four tournament victories. That’s a lot of championship-worthy memorabilia! 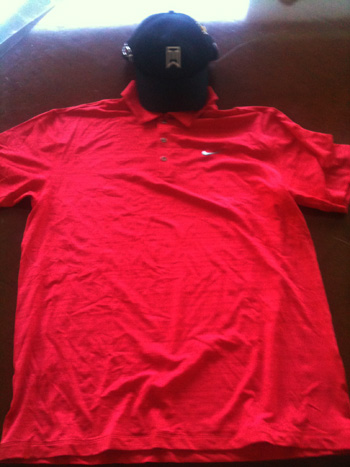 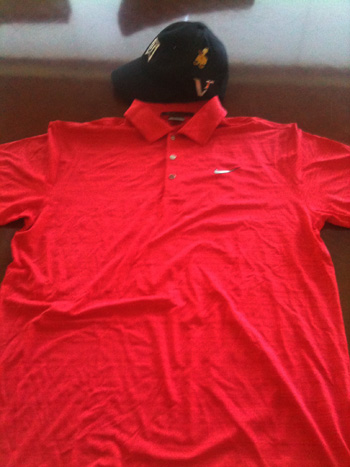 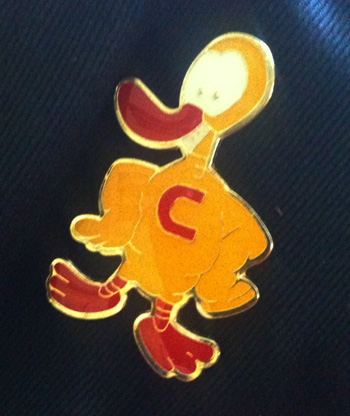 Tiger left the commerative pin on the hat that was worn in honor of a fewllow golfer. 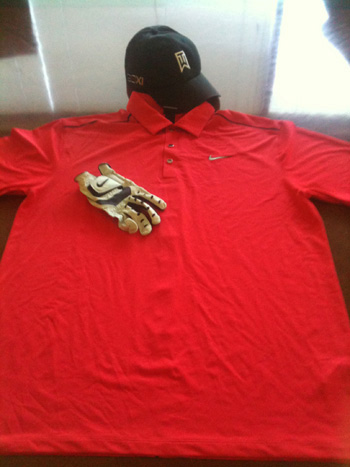 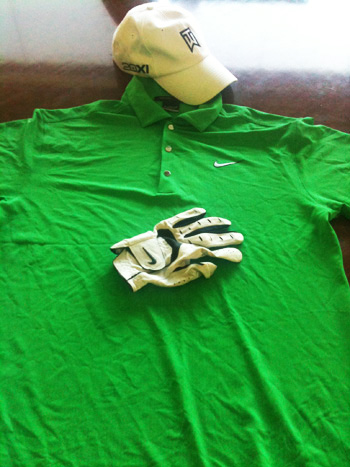 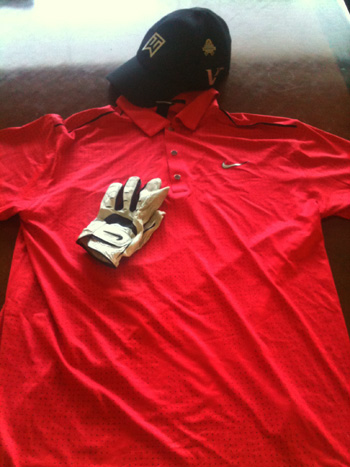