I’m not sure how it happened, but just like that, the Lakers have completely reloaded and now boast one of the most extraordinary line-ups in the NBA. It’s not a “Big Three” situation like we have seen in Boston and Miami, but rather a “Big Five.” And the crazy thing is, that had David Stern and the NBA not vetoed the Chris Paul trade to the Lakers, this may have never happened.

Now it is important to come to terms with the fact that these fives starters are all amazing, but they are older. They will certainly challenge for a title for the next couple years, but sooner or later the Lakers will need to reload again. After what we have seen the Lakers front office do recently, you’ve got to anticipate that they will have no problem doing that. So for now why don’t we just enjoy watching this “Dream Team” of superstars playing together on a collision course to meet up with the Thunder and eventually the Heat in the playoffs? And for you Los Angeles Lakers super fans out there, maybe you should collect some of the best cards of this “Fab Five.”

Here are some of the best out there in the market:

Kobe Bryant – Kobe’s rookie cards debuted in the 1996-97 season and while he had great rookie cards for Fleer and some other brands, probably one of the best is the SP Authentic rookie card. These won’t break your bank selling for anywhere from $15-$25. 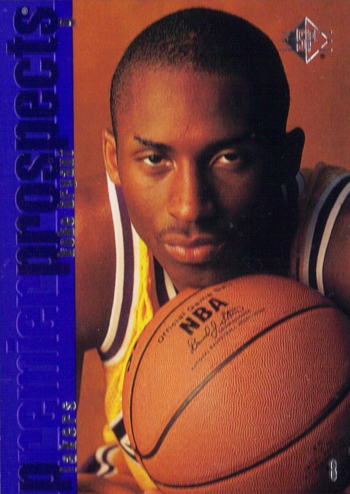 This classic rookie card of Kobe Bryant is a must have for any die-hard Laker collector.

Steve Nash – Like Kobe, Nash has a lot of rookies out there with some of the best coming from Fleer. He does have a good one from SP Authentic similar to Kobe’s, but for my money I think his Holoview rookie from that set may be the best. These are a little more pricey due to rarity trading for about $100 per card. 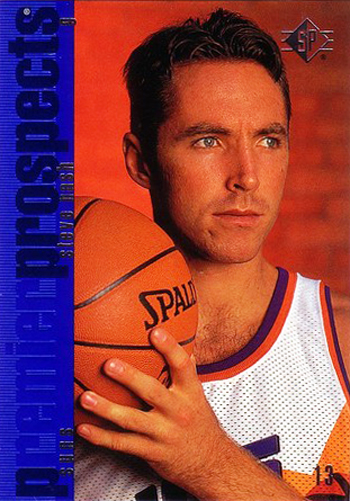 Steve Nash also has a rookie card from the same 1996-97 SP Authentic set as Kobe. 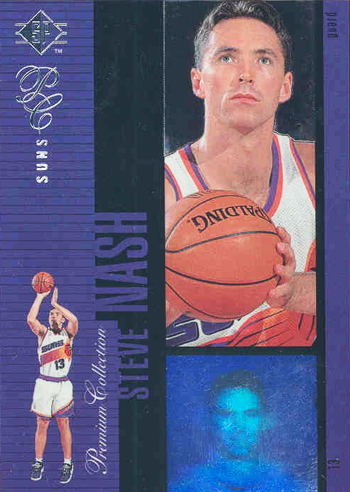 Using unique hologram technology, one of Steve Nash’s most unique cards from his rookie season is likely his 1996-97 SP Authentic Holoview card.

Ron Artest – For your money, you are not going to find a much better rookie card for Artest than his 1999-00 SPx card. It is limited to 2500 copies and also features his authentic autograph. You can usually snatch these up for about $30. 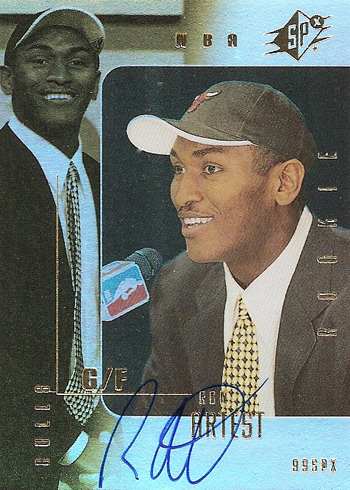 This scan doesn’t really do this card justice as there is rainbow foil on the front that gives it a very shiny look that you have to see in person.

Pau Gasol – The Spaniard has a variety of rookie cards from the 2001-02 season that are worth checking out, but one of the most unique is his Upper Deck Sweet Shot rookie. It was one of the first seasons where we added a jersey swatch to rookie cards, a trend that has been increasingly popular with premium releases. This one was also limited to just 600 copies! These are pretty inexpensive at about $20 per card. 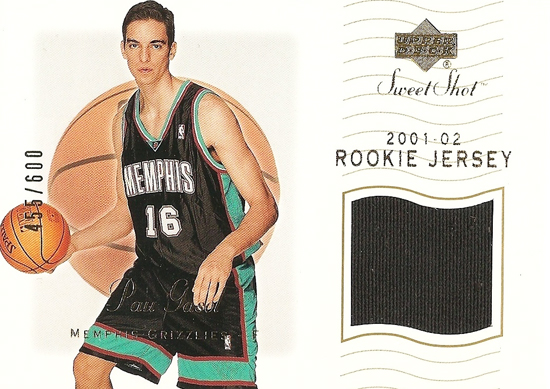 For my money I think the 2001-02 Sweet Shot rookie jersey card of Pau Gasol is one of his best. And the Spaniard looks so young here!

Dwight Howard – The newest member of the Los Angeles Lakers is believed to make the biggest impact for the team and perhaps that is the reason why his 2004-05 rookie cards are also the most expensive. It is also because his rookie cards came out during a time when super-premium trading card releases became the norm. So if you want his best rookie cards from brands like Exquisite Collection, Ultimate Collection, SP Authentic and SPx, you are going to have to open your wallet. With a talent like Dwight however, who has the potential to score a couple championships for LA, these could end up being a very wise investment. Especially considering that given Dwight Howard’s relatively young age, this could one day become “his” team. 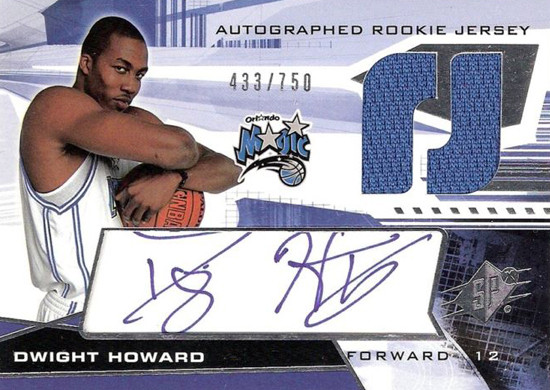 Dwight’s SPx rookie card is a great one since it is limited to just 750 copies, includes a jersey swatch and his signature. He has a big signature however so if you are looking to score one of these make sure the signature fits well in the panel. 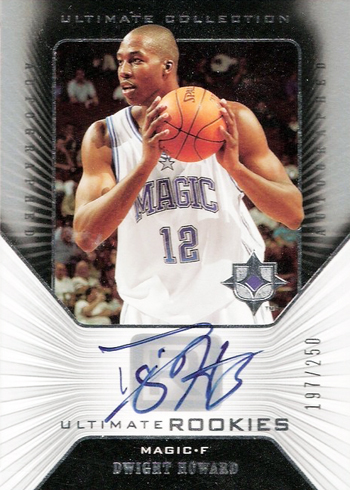 Limited to just 250 copies, this Ultimate Collection rookie card will likely set you back at least that much trading routinely for over $250. 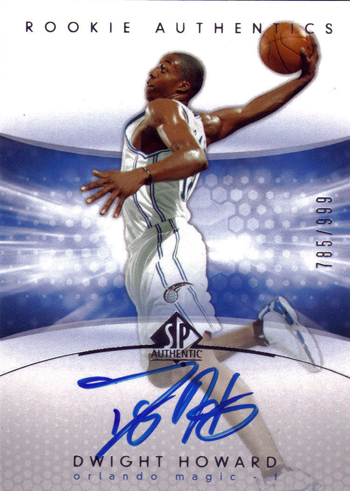 By far one of Dwight Howard’s most popular rookie cards is his 2004-05 SP Authentic Basketball autograph rookie. These are a pretty expensive card to secure, but they may turn out to be a fantastic investment. 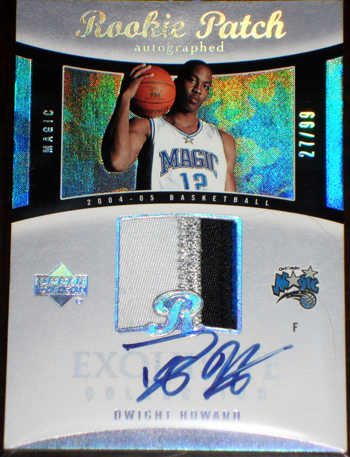 Without a doubt, this is Dwight Howard’s best rookie card. With just 99 copies, you don’t see these pop up very often. This actual copy recently sold for over $2,200 on eBay. It is a very exclusive fraternity of collectors who have this card in their collections.