Brag Photo: What Happened to the Kings Net from the 2012 NHL Stanley Cup Final?

It was one of the most memorable Stanley Cup Playoff runs in history where the underdog Los Angeles Kings knocked off some of the best teams in the NHL on their way to the franchise’s first-ever championship. And collectors have been scurrying to snatch up whatever collectibles they can from Kings, but we just scored one of the most unique ones you could net. That’s right, we were able to acquire one of the nets from the Stanley Cup Final in Los Angeles used in games 3, 4 and 6. Check out members of our Customer Care team showing it off! 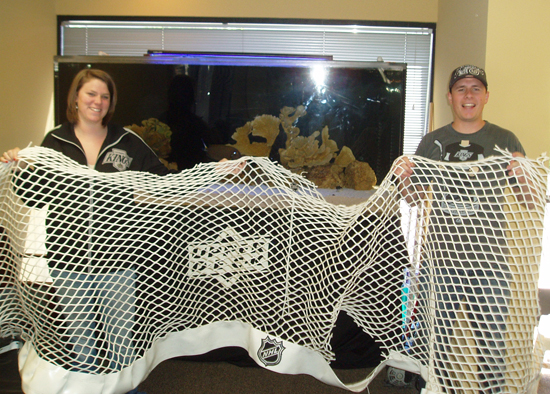 This is the same net that Jonathan Quick and Martin Brodeur played in front of for games 3, 4 and 6!

There are two NHL logo patches on the net that make it extra cool. 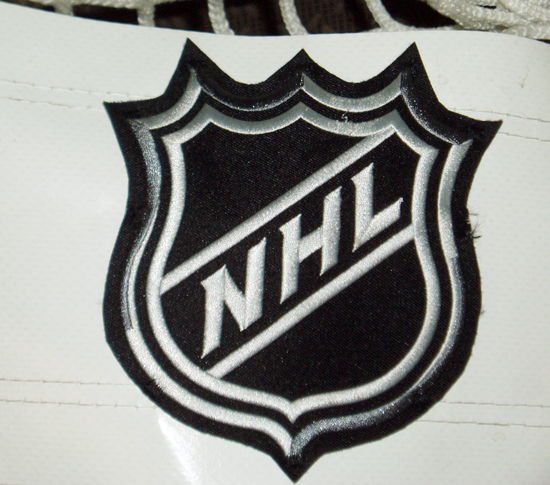 This is the big patch from the base of the net 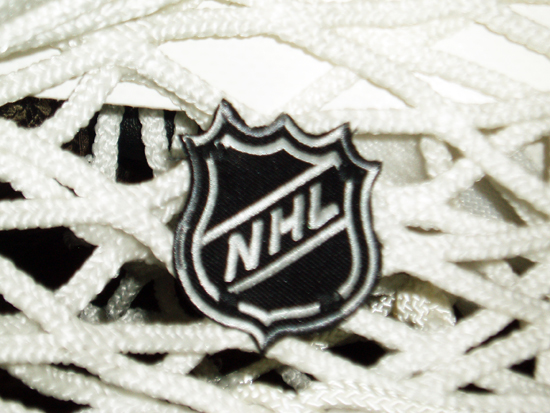 This is a smaller NHL patch from the netting.

Now the question is, what to do with it? The obvious thing for us to do would be to cut it up, embed them in trading cards and insert them into 2012-13 NHL trading card releases for Kings fans to find. Maybe even have some of the Kings players like Jonathan Quick, Anze Kopitar, Dustin Brown and others sign those cards. But there’s part of us that doesn’t want to cut it up. Maybe we can do something else unique with it. What do you think? Share your thoughts in the comment section below. 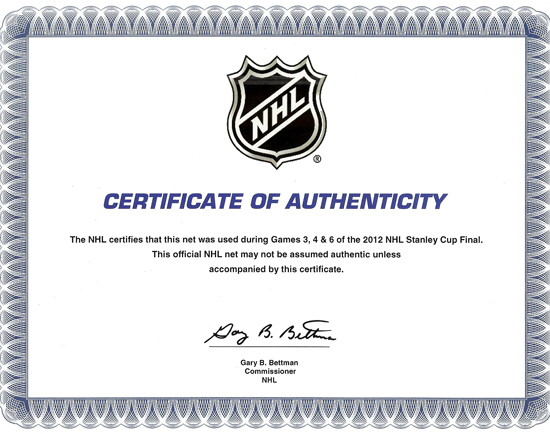 And this means it is the real deal!


Auction it off and donate the proceeds to Cards For Kids, or you could take a picture of the net with all of the players from the Stanley Cup winning team and make that a card, with a limited printing of 999 or so.


I am a Habs fan and to be honest seeing a peice of Game-Used Net from the Finals for the Kings in cards would be the best idea yet.


I’d like to see it given away as a whole in a product or as a raffle type deal like the golden tickets in bowman. I hate to see such historic pieces destroyed.


auction it for charity, use the earnings to help kids who cant afford to buy their own hockey gear, or get them in leagues.


Now that the Kings have won the Cup & they are in LaLa Land (Los Angeles), I’m sure that they have captured the hearts of more SoCal residents especially the celebrity/Hollywood side!

Have the net signed by all of the King’s players, coaches & staff. Then do an auction to benefit one or all of the wonderful charities that Upper Deck is involved with. There is nothing like giving back to the community that supports card collecting (esp UD products), hockey, sports, love of the game, team, dreamers, champions, charities, etc!

I was first introduced to UD in 1994 as a young collector & have seen your product evolve. I love the Kings esp when I went to my first Stanley Cup Games when employee #99 aka “The Great One” was still with them & as much as I would love to have a piece of history, we still need to take care of those in need.


Hey everyone at UD,

You guys should attempt to make the largest trading card in the world. Have that in the center of the card, and then have every Kings’ players’ autograph(from the Cup-Winning team) around the edge. Maybe make a redemption in a future product for the collector to receive such an amazing collectible. So basically, the entire net surrounded by autographs. Sure, it would be a challenge, but it would be very cool to maybe display it at trade shows, like the Fall Expo. I remember Panini did one of these giant cards for Kobe Bryant, but I don’t think that it would be nearly as cool as this. Have collectors pose with the “world’s largest trading card”. I bet it would make more traffic towards you guys as well, both in-person and online. Would like to see how it ends up,


Make the worlds most expensive but awesome hammock…


Keep a big a big square of it with the logo, frame and matte it and use it for maybe a wrapper drawing promotion. Use the rest for insert cards.


Do something involving Jonathon Quick like create a couple limited edition Stanley Cup MVP cards or if Brodeur retires create a couple special cards from the last game. Or if you get really desperate you can send it to me…I’ll keep great care of it for you. Awesome price of memorabilia! Can’t wait to see what you do with it!


To put most of it in cards is the only way to go as far as i’m concerned. The more collectors getting a piece of it, the better. 🙂


Cut up and sell the pieces of the Kings Stanley Cup net. Let the Kings fans own a piece of history!