Twice a year Upper Deck makes a trek to Toronto, Canada for the Sports Cards and Collectibles Expo where thousands of rabid hockey fans turn out in droves. And we don’t come empty handed. UD spends a lot of time (and money) putting together one of the most appreciated autograph card sets in the industry with our Priority Singings wrapper redemption program to share with collectors at the show. Giving out these rare autograph cards to loyal fans who purchase new UD products is a great way to say, “Thank you for your support.” And to be able to hand them to fans in person is only an extra bonus.

In years prior the program has been so popular that lines have stretched throughout the convention center just for the shot at getting one of these cards limited to less than 100 copies each. Sometimes fans were turned away when stock depleted early unfortunately. 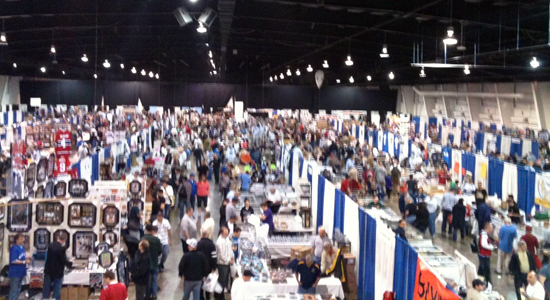 The semi-annual Sports Cards & Collectibles Expo draws in collectors and dealers from all throughout Canada.

This spring however Upper Deck rolled out a whole new strategy to greatly improve the customer experience. We worked with the show promoters to create a special line that would not put fans in the way of other booths or traffic. Additionally we allocated the lion’s share of Priority Signings cards to Saturday which has traditionally been the busiest day of the show. We also opened the booth for the program right at 10:00 when the show opened instead of at noon as we have in year’s prior which eliminated the prospect of fans waiting in a huge line. We kept allowing fans to bring boxes purchased from Certified Diamond Dealers well after the hours of the promotion had ended to make sure that all fans who wanted a Priority Signings autograph card could get one. All these efforts resulted in one of the best executed promotions we have ever run at the Expo and just take a look at the proof! 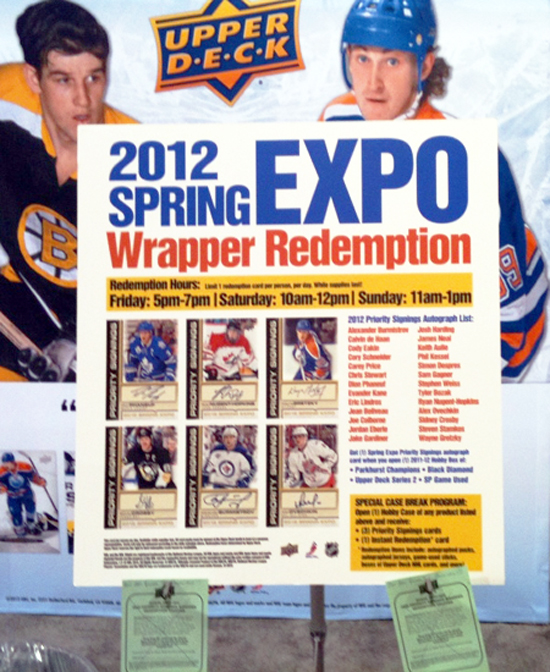 Fans could check out details on the Priority Signings wrapper redemption promotion right at the Upper Deck booth. 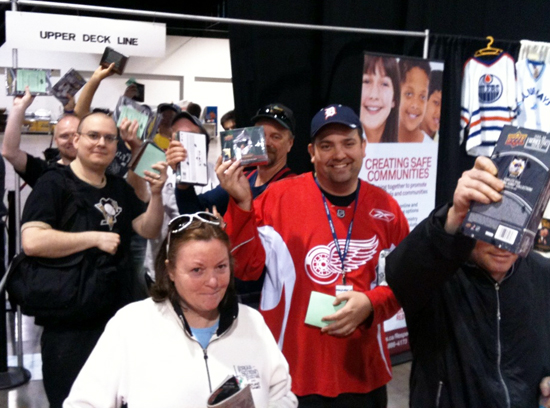 Fans were quick to get in line each day for their chance to score a FREE autograph card from Upper Deck. 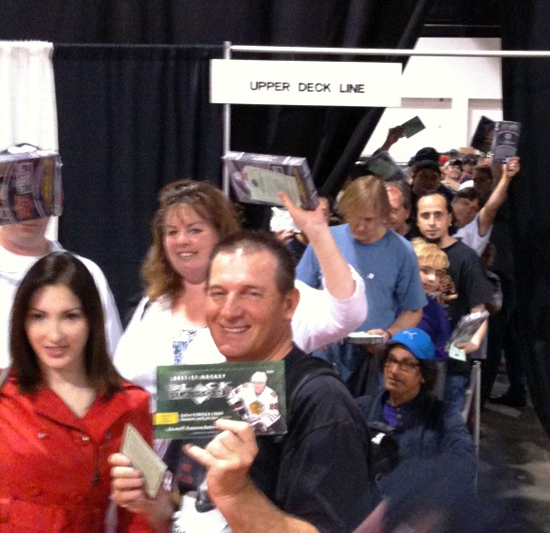 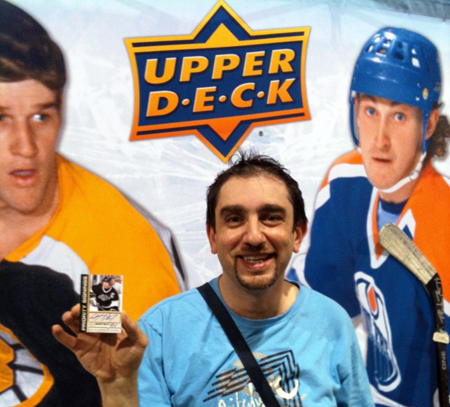 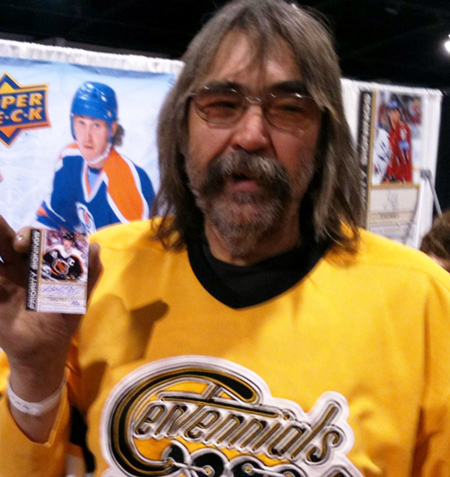 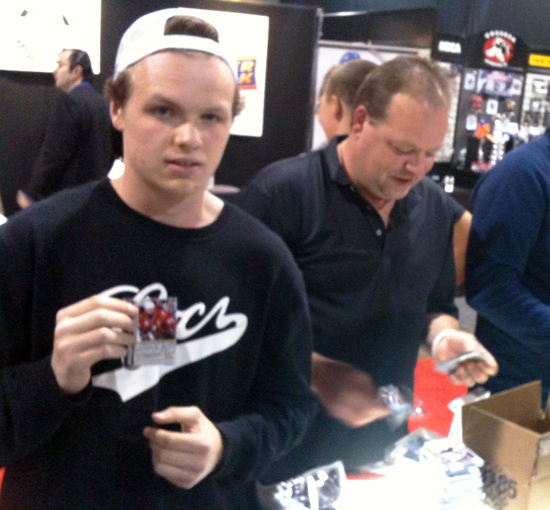 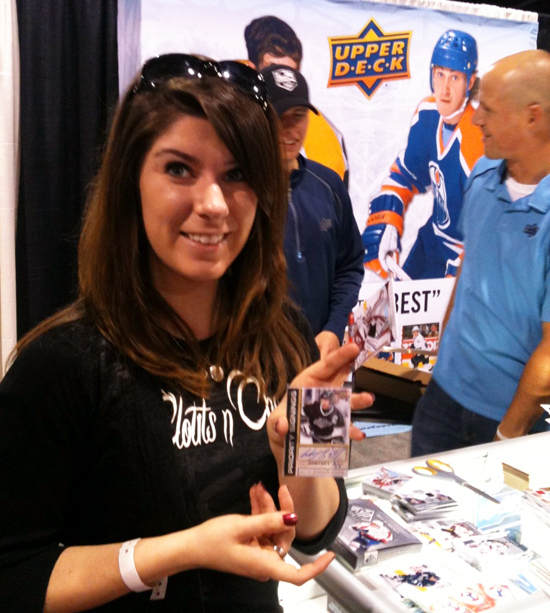 And yes, another Gretzky! 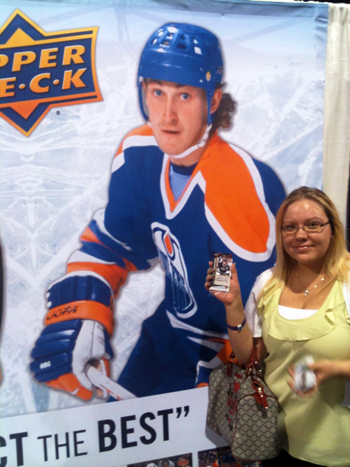 Did you know only Upper Deck can bring you Wayne Gretzky trading cards? That's right, he's an exclusive spokesman for UD and fans LOVED pulling his autograph cards at the Expo! 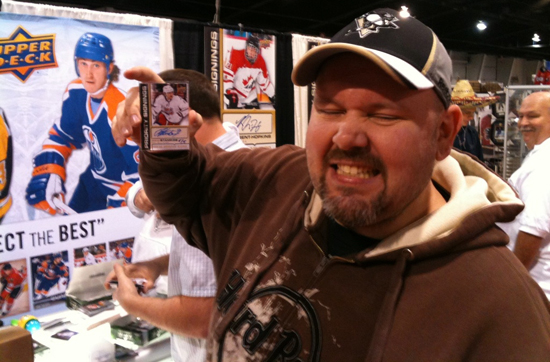 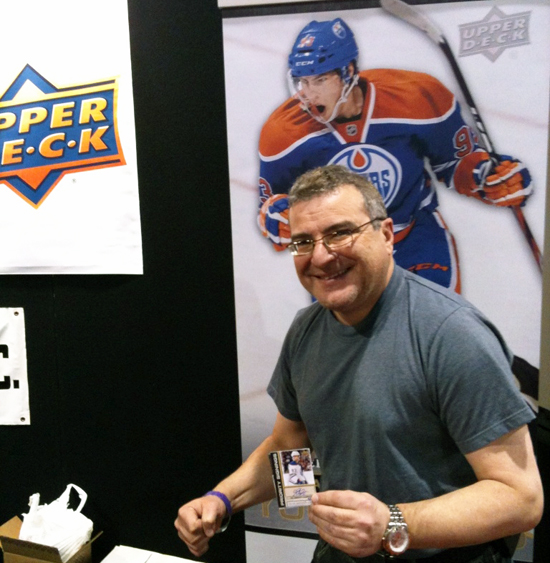 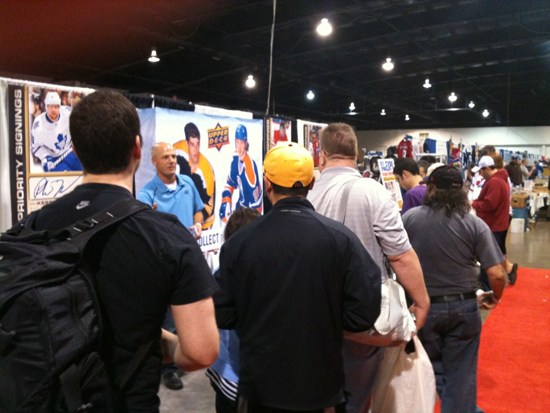 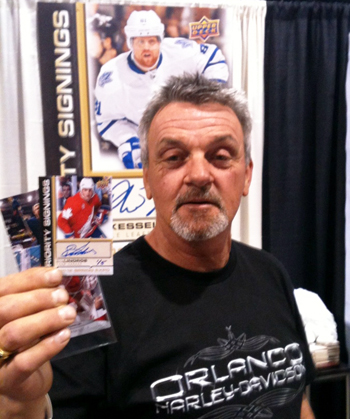 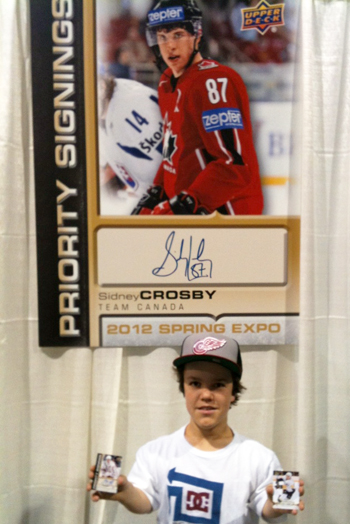 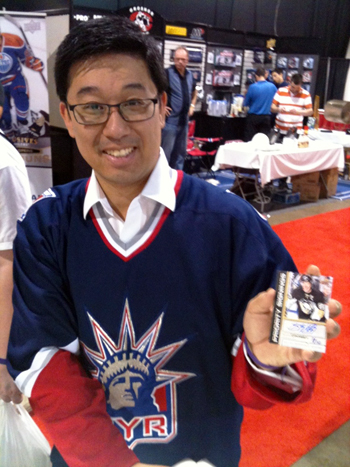 And we have another Crosby autograph! 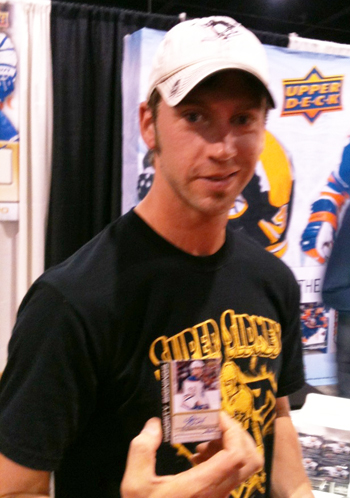 He shoots, he scores! 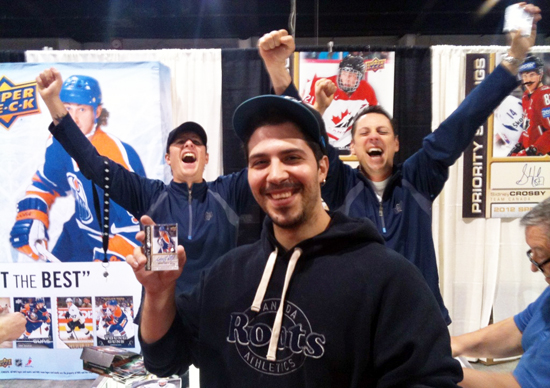 This is kind of what it feels like to pull a Wayne Gretzky Priority Signings autograph card. Yes!!!

Another new program this year was the case breaker promotion where collectors who wanted to break a case of an approved product would not have to wait in any line and would also receive three (3) Priority Signings autograph cards along with an instant redemption. Thirty participating collectors walked away with cool items like signed jerseys, pucks, sticks, gloves and cards. Some fans also won a selection of Upper Deck boxes. The promotion was so popular, UD ran out of prizes by Saturday afternoon. Take a look at some of the happy collectors who scored their cool new items to add to their collection. 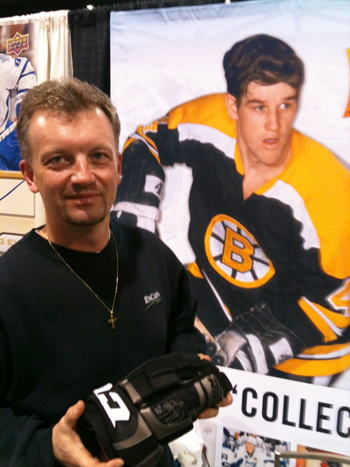 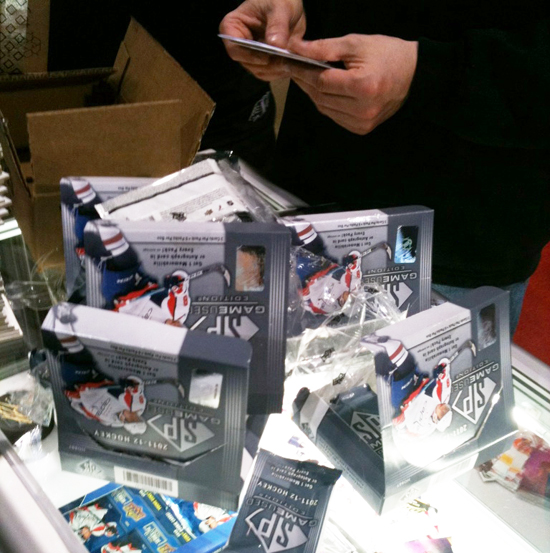 The foil was flying as case breakers rushed through packs to score their goodies from UD. 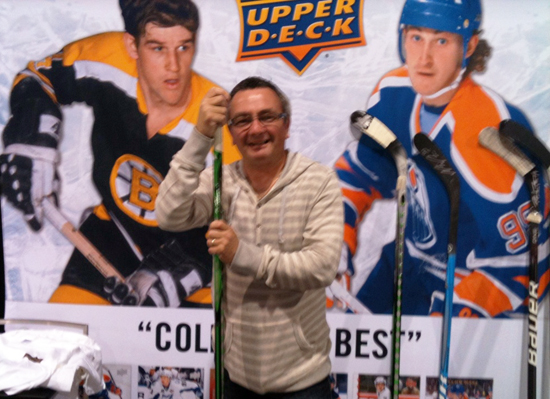 One of the lucky collectors who nabbed a full size, signed stick from young stars in the NHL. 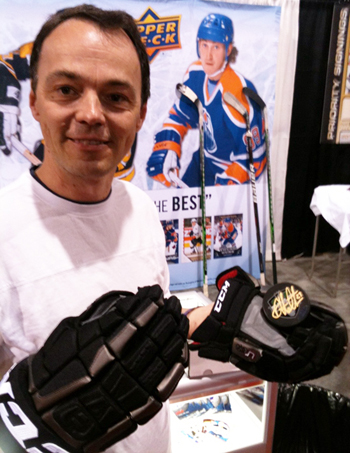 Gloves and a puck? Awesome!!!


Wow! Some incredible stuff given away. Those autographed cards are awesome!


While I am envious of those who get to attend the event and are lucky enough to get a Priority Signing card – I find it questionable to see so many hit Ebay within minutes of the event – very sad. Looks like a lot of people trying to make a quick buck – no wonder stars charge for autographs these days. It would be nice to see an event of this size shift to Western Canada.