Pigs Fly! College Football Moves to a Playoff System for the BCS!

For years we have heard excuse after excuse as to why college football will never move to a playoff system. Most fans believed we would see pigs flying before we saw a playoff system in college football. Fianlly it seems like college football fans growing disdain for the current BCS format has led to what will be a historic change to the game; a +1 game. At long last it seems we are going to have the much sought after playoff that would allow the two top teams to actually go head to head for the right to be called National Champion. It’s not a perfect solution, but it’s a huge step in the right direction. It means even more for fans of teams that have been directly influenced by the old system.

At this point it appears the BCS has zeroed in on a four-team playoff format. In the current format, human and computer polls select the top two teams in the rankings to play in one game for the national championship. The new system would feature the top four teams playing in two semifinal games, with the winners playing each other for the championship. There are a number of variations to this format under consideration, but the four-team playoff format is the basis for all of them. A popular option is to have the semifinal games take the place at two of the major BCS bowls (Rose, Orange, Fiesta, Sugar). This is appealing because in theory it leaves room for the system to one day expand to an eight-team playoff with semifinal games held at each of the BCS bowl sites. Anything that allows the BCS to preserve their very lucrative BCS bowl format is probably very appealing to the BCS and NCAA.

I went to a small college in California; the University of San Diego. They have a lower level 1-AA football program most known for being the first head coaching spot of John Harbaugh. I love following my Toreros because for a lower division team we are pretty darn good, but I wanted a team to follow at the highest level. As a result I root for the University of Southern California Trojans. I consider them my local team since they are the closest 1-A team I can root for. San Diego State is much closer, but since my school plays them in other sports I couldn’t bring myself to root for them in football. USC fans know very well how bad the old BCS system can be. The 2003-2004 season is one of the greatest examples of how it failed college football fans. Despite having suffered only one loss, the Matt Leinart and Reggie Bush led Trojans were shut out of the championship game. The did however go on the claim an AP National Championship victory even though they did not play in the BCS title game. Even more amazing was the fact that three head coaches voted them number one in the coaches’ poll over BCS champion LSU despite a contractual obligation that requires coaches to vote the winner of the BCS title game number one at the end of the season. That tells you how bad things were that year, and there are multiple examples where most humans believe the computers got it wrong. 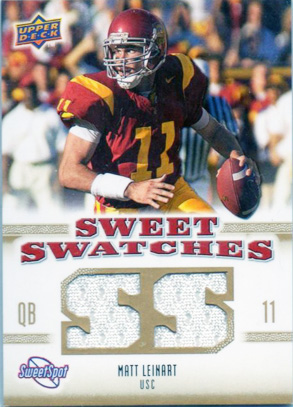 If a playoff had existed in 2003, the Leinart-led Trojans would have had a shot to hoise the BCS trophy.

Personally I believe a six or eight team playoff will be the best option as four teams doesn’t totally fix the issue. One popular criticism of a playoff system is that it just moves the controversy further down the rankings. Now instead of arguing whether the third ranked team should be in the title game, we will be left with arguing whether the fifth or sixth ranked teams deserved to be in the four team playoff. It’s better than the third ranked team getting shut out, but it’s still a problem. Unfortunately the only way to truly make this a playoff situation that will make every fan happy is if we move to a playoff like the I-AA college football teams have. And is it just me, or is it just weird that the lesser league has a better playoff format? 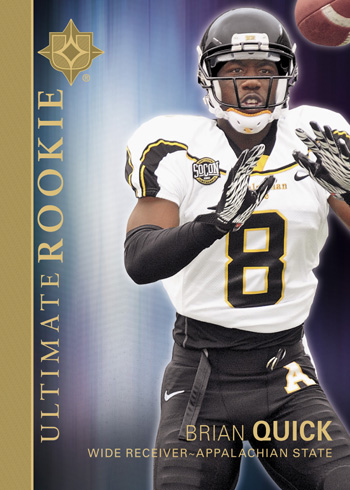 Despite playing at a lower division school than many of his fellow 2012 draft picks, Brian Quick and Appalachian State were able to prove their worth in a full playoff format.

I am an advocate of a six or eight team playoff because I believe it moves the controversy far enough down the rankings that we are no longer debating about true national title contenders. With a four team playoff it’s still very reasonable to argue that a top five team is a national title contender. There will probably be years where that fifth team is a very good team that many people will argue should get a playoff berth. With a larger playoff that controversy is moved down to the bottom half of the top ten where teams are less obvious contenders. You can argue a strong team in the middle of the top ten should play for the national title. It’s hard to make that same argument as convincingly for a two or three loss team barely in the top ten. With six or eight teams in, all the undefeated and strong one loss teams that should be in will get in. This should help make controversies more uncommon than they are now. Every year we would likely end up with a good mix of top BCS conference teams as well as one to three non-BCS teams. We would finally be able to see whether teams like Boise State can compete with traditional powerhouses like Alabama. 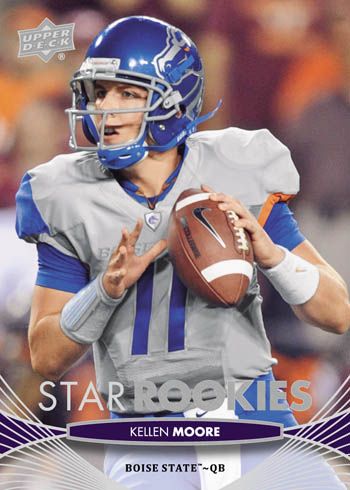 Could Kellen Moore have led Boise State to a national championship? These types of questions will now have a chance to be answered in a playoff format.

College football fans have a reason to celebrate now that the BCS is adopting a playoff format, but the work is not done. We will see more controversies as top teams just miss a playoff berth and the next step of expanding the playoff will hopefully come in the next few years. But for now this is a really exciting prospect for college football. It will lead to some very exciting milestones like big atmosphere playoff football games as well as likely our first mid-major national champion in history at some point. I think it will make college football more fair, but also more exciting. There will come at time where fans again have to call for improvements, but for now it’s a big win for the sport and I for one will enjoy the experience of playoff college football.


That USC team lost to a Cal team that went 6-7 in their other games. They simply weren’t NC material.

And Texas proved that when guys like you were claiming another USC team was the ‘Greatest Team Ever,’ yet they couldn’t play defense, or score when it counted against a real opponent.