Bryce Harper is one of the most highly touted prospects in the world of sports today and this weekend he made his big league debut for the Washington Nationals at the ripe old age of 19. And most folks believe the hype, especially since he was on the cover of Sports Illustrated at just 16 years of age, touted as the biggest prodigy since LeBron James. 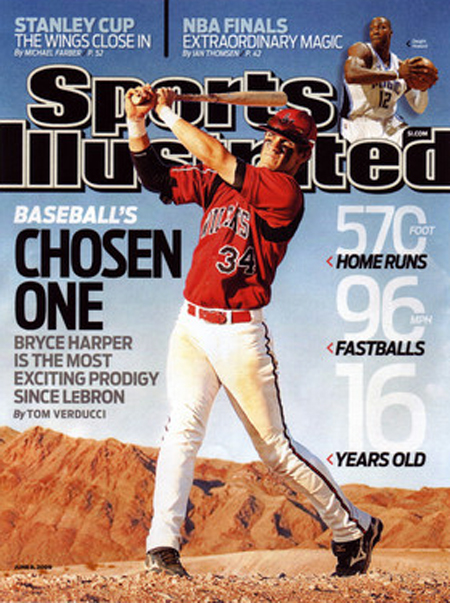 And with any big baseball prospect, Bryce Harper had a variety of USA Baseball cards produced before he hit the pro level by Upper Deck. Many of these cards were released between 2008-2010 in Upper Deck Baseball products and are commanding some serious dollars in the secondary market creating renewed interest in these older products. He is quickly proving to be one of the most sought after rookie players in the trading card market today. Take a look at some of the Upper Deck Bryce Harper cards that are out there in the market right now. It is interesting to note that before roving the outfield making web gems, Harper was a catcher, showing that he truly is a multi-tool player. 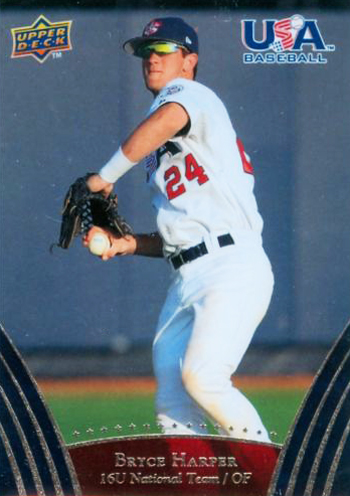 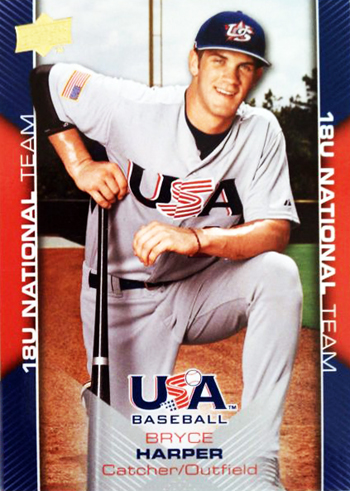 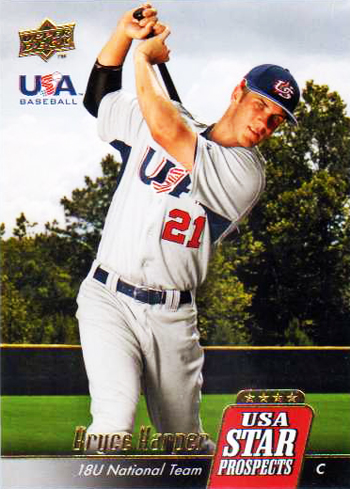 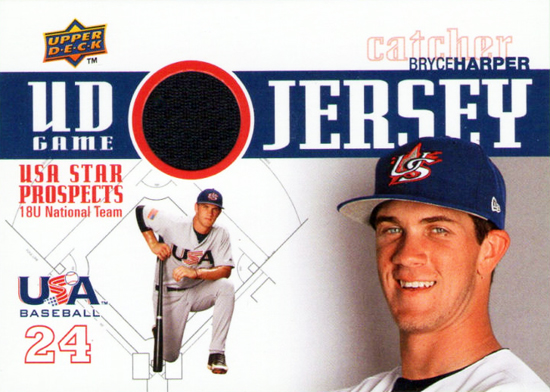 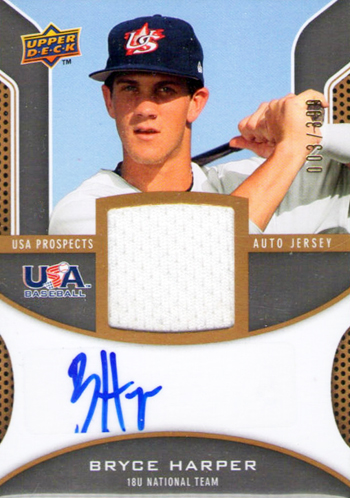 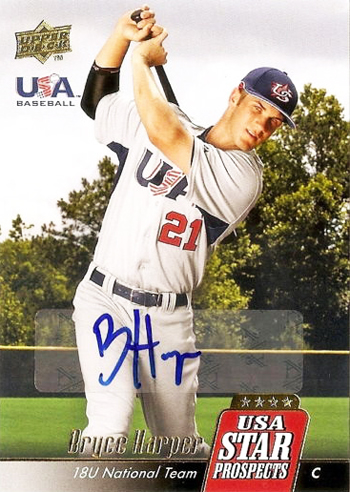 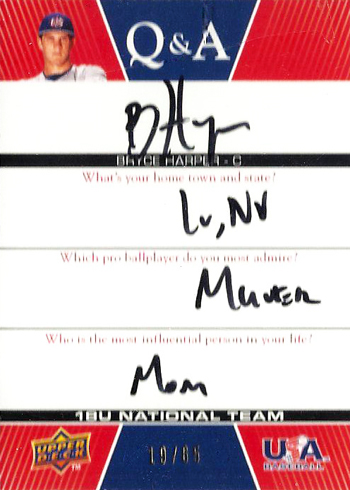 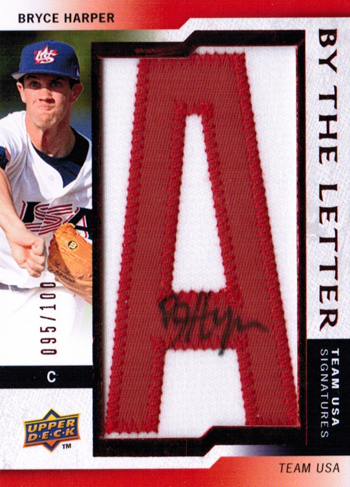 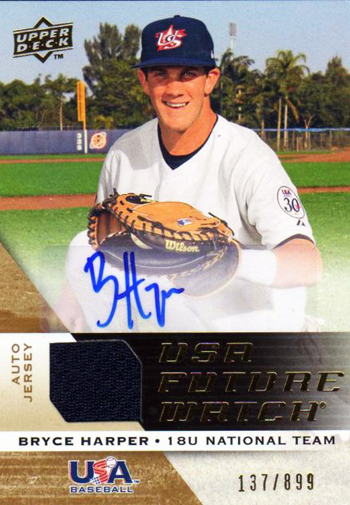 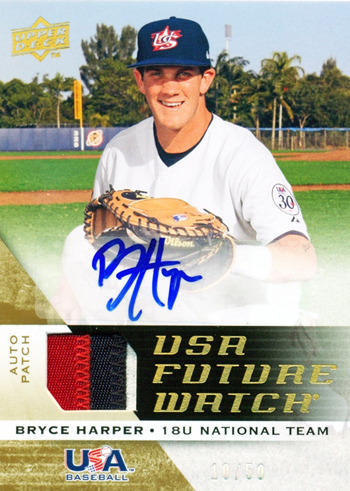 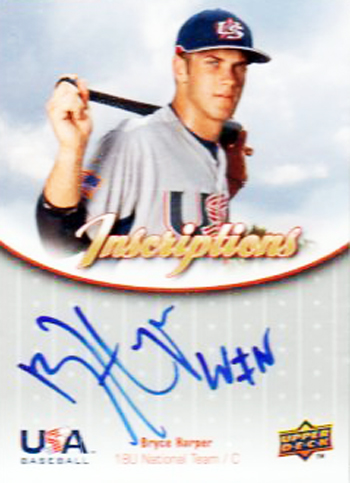 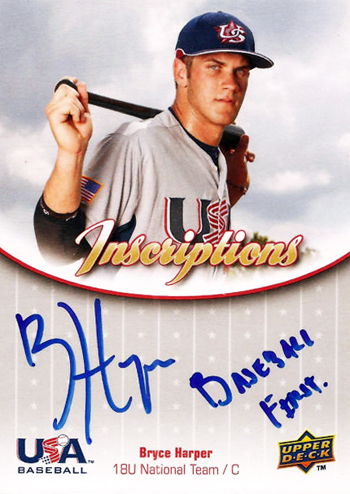 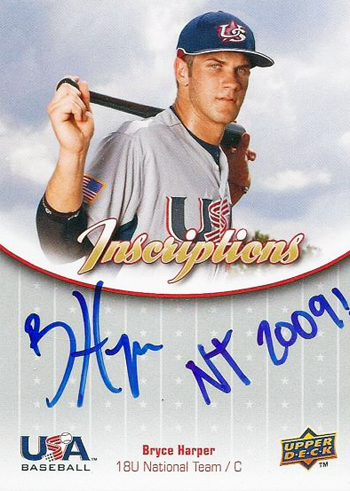 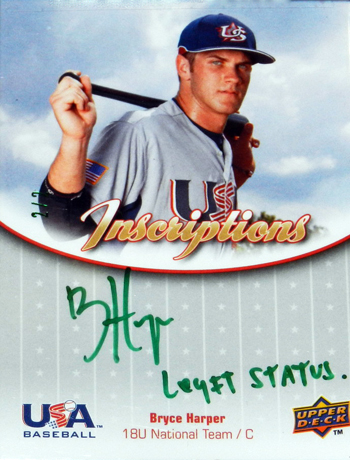 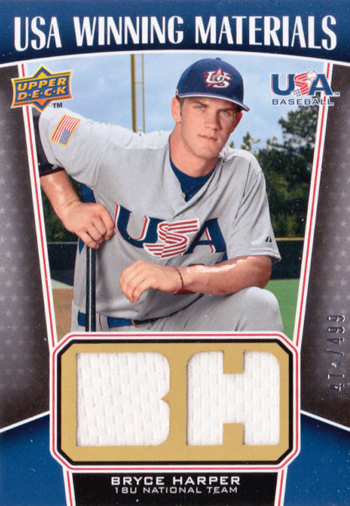 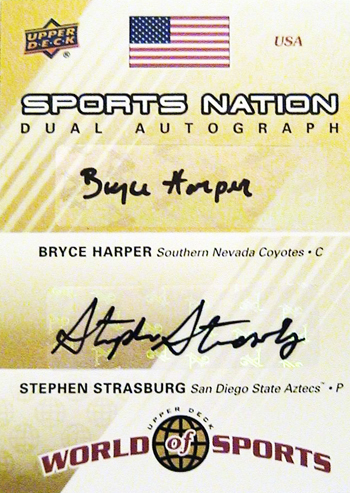 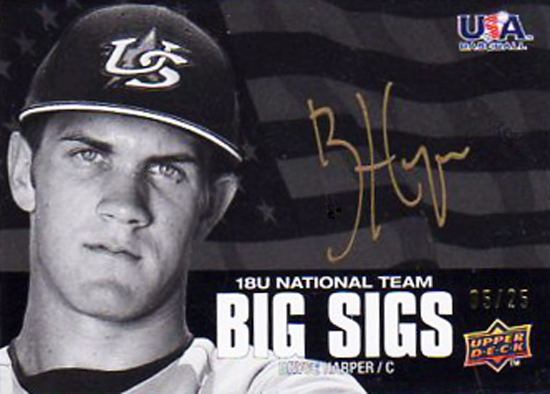 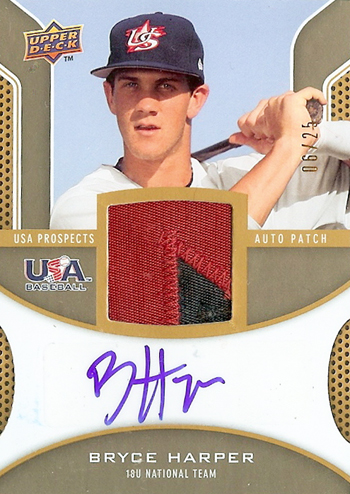 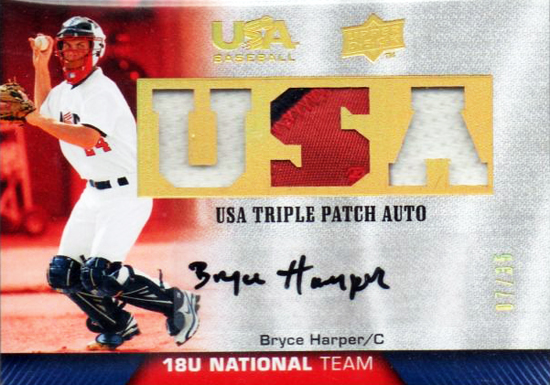 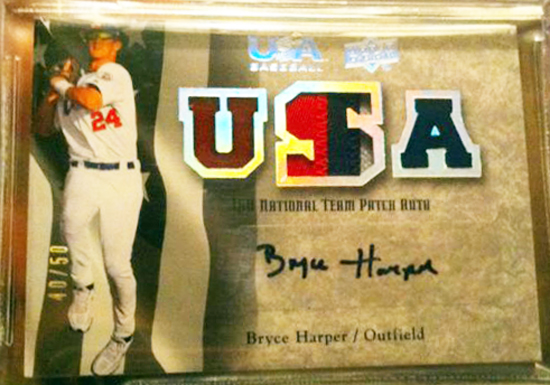