Anze Kopitar sealed Game 1 of the Stanley Cup Finals for the Los Angeles Kings last night with a clutch goal in overtime. He celebrated with his team including Drew Doughty who has been playing some tenacious defense all series long. And wouldn’t you know it; a highly coveted redemption card featuring both of those players from 2010-11 NHL The Cup was recently claimed on May 29. Our redemption team is in the process of packing it out, but we just had to share an image of this beauty with fans because of all the excitement around Kings hockey. Take a gander. 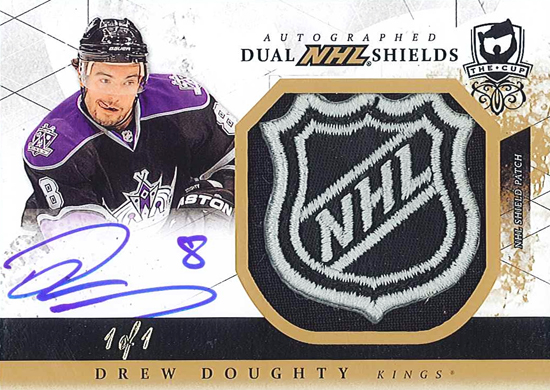 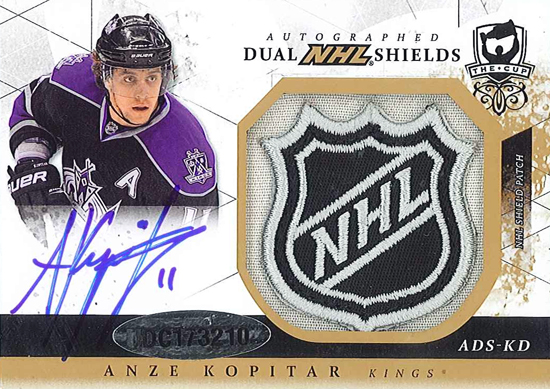 
Awesome card. Too bad Doughty is a dirty turd of a hockey player!!