Are You a Real Los Angeles Kings Fan or a Bandwagon Fan?

The Los Angeles Lakers have always been the kings of Los Angeles scene. Until recently however, the new kings of Los Angeles has become, well, the Kings. Thanks in part to the recent success by the NHL Western Conference’s 8th and final seed; the Los Angeles Kings have blazed through the three rounds of the Western conference playoffs with an 11-3 record en route to their first Stanley Cup appearance since 1993. Each of the Kings’ three series wins have come against the Western Conference’s top three seeds; the President’s Trophy winning Vancouver Canucks, the highly touted defensive-minded St. Louis Blues, and most recently, the resurgent Phoenix Coyotes.

With this improbable playoff run, it’s no wonder why the Kings have attracted a massive fan base as of late. The Kings bandwagon is almost unavoidable. With both the Lakers and Clippers ousted in the Western Conference semifinals of the NBA Playoffs, the Staples Center belongs to the Kings. Last week, the Staples Center played host to two NHL playoff games and four NBA playoff games over a four-day span, making the tough doubleheader conversions even more difficult and on a consecutive day basis. But now with only one Los Angeles team remaining, the Staples Center will be off for a week from sporting events before hosting the King’s first Stanley Cup game in nineteen years.

And while fans in the Los Angeles area all cheer for the same players, others feel more entitled to be recognized than others. From afar, Los Angeles Kings fans create the sea of black, purple, and silver. Yet some fans avoid associating themselves with the newfound bandwagon fans of the Kings, and resort to the title of a true, lifelong fan. But what constitutes a true Los Angeles Kings fan? I mean, the team has not exactly been a power player in the NHL since their only Stanley Cup appearance in 1993 with the help of a player by the name of Wayne Gretzky and current ESPN NHL anchor Barry Melrose as head coach. The topic is uncharted. Is a true fan the one who buys the season tickets with a preconceived notion that the season will fall short of the playoffs? Or is it someone who stays connected away from the ice collecting cards and collectibles of the Kings past and present? On top of that, what cards or collectibles would a collector have to have to illustrate his degree of devotion? We asked our fans on Facebook and Twitter along with some internal staff and we came to the consensus that if you are a true Los Angeles Kings fan, you’ve got to have these players in your collection:

10. Bailey – You’re not going to find a better mascot in the NHL than Bailey, make sure you are following one of the leagues best on Twitter! Some of his best collectibles are only available to Bailey’s Buddies. Check that out HERE. 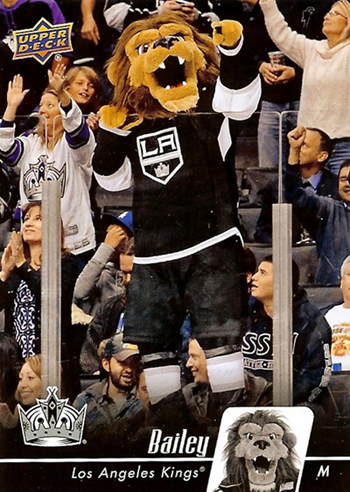 9. Bernie Nicholls – He was an iconic player for the Kings in the ‘80’s who is in the top five for just about every offensive team record. 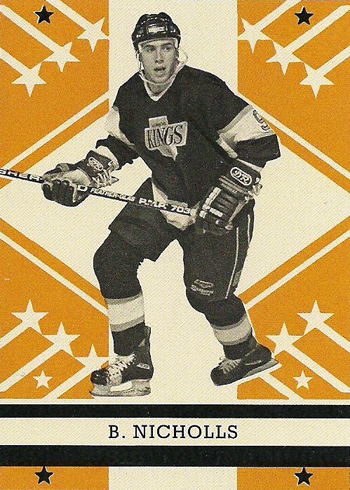 8. Rogie Vachon – An amazing goalie for the Kings who never gave up a goal on a penalty shot, Vachon went on to serve as the general manager and interim coach on occasion for the team. 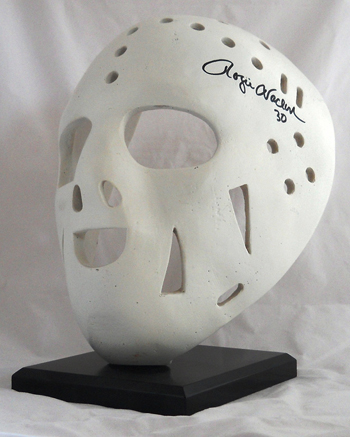 7. Drew Doughty – Not only is he great with the Kings, but he was a beast in the Olympics as well helping Team Canada to gold. 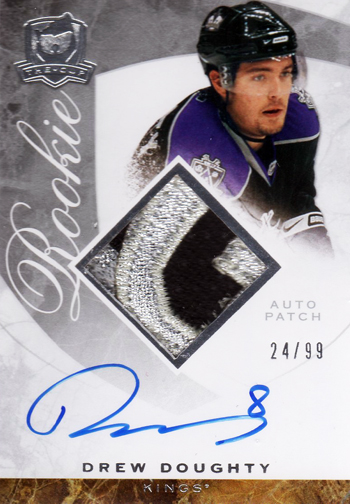 6. Dustin Brown – He’s the team captain and a driving force for the team’s success this post season. You think you’re a real Kings fan? Not without Dustin Brown in your collection. 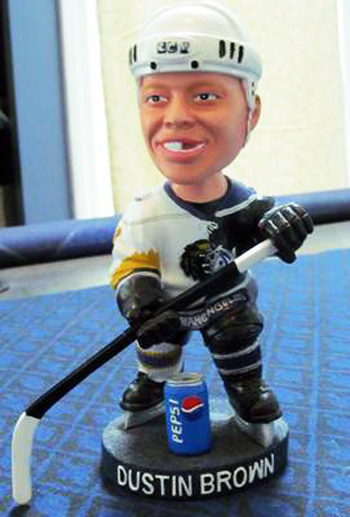 5. Luc Robitaille – No member of the Los Angeles Kings has found the net more than Luc and he is not only a fan favorite, but a huge favorite with collectors as well. 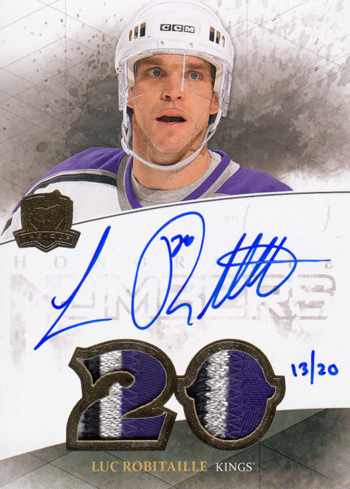 4. Anze Kopitar – Not only does Kopitar get a lot of love from hockey fans, but collectors love him as well. There are a few Kopitar super collectors out there who have been waiting for the day to see Anze reach the NHL’s biggest stage. You can tell who the real fans are among those collectors, they are the ones buying more Kopitar, not selling. 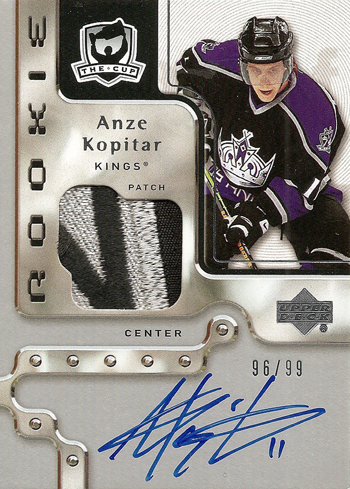 3. Marcel Dionne – Dionne was a superstar who just couldn’t quite get over the hump in the playoffs despite playing with Dave Taylor and Charlie Simmer. He’s #1 in points and assist for the kings and also is #1 in a lot of Kings fan’s hearts! 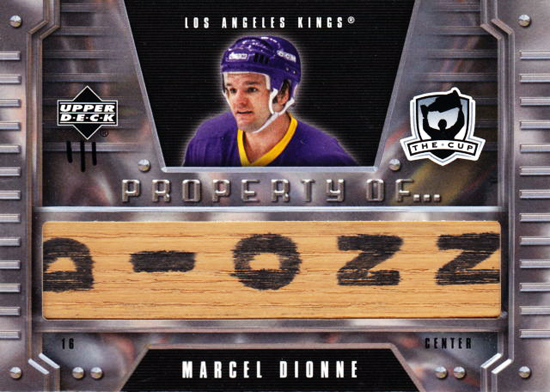 2. Jonathan Quick – Three weeks ago you could have purchased rookie cards of Jonathan Quick for much less than you could today, much to the chagrin of Johnny-come-lately fans. He has gone from being a hot goalie to the best goalie in the NHL. You can’t be a Kings fan without having something from Mr. Quick! 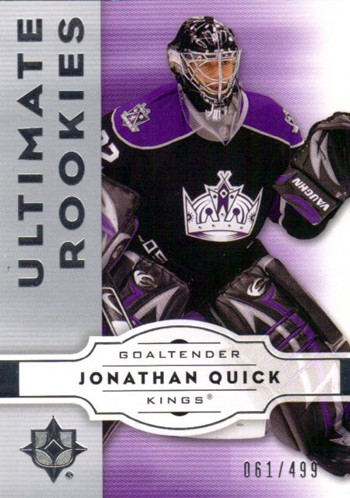 1. Wayne Gretzky – Not much needs to be said about “The Great One.” He made hockey mainstream not only in Los Angeles, but in the U.S. as well. Anyone who calls themselves a Kings fans has got to have some type of Gretzky collectibles in their home, office or safety deposit box. 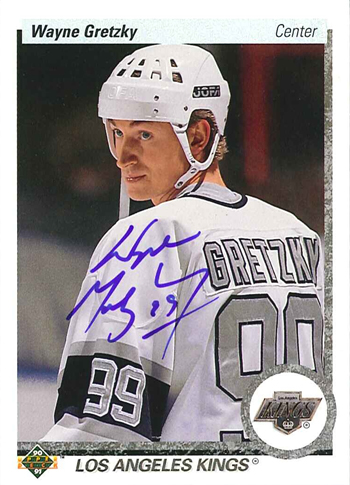 Apparently, the Kings organization is welcoming of all fans regardless of expertise. On Monday May 21st, the Kings displayed an info graphic on their website noting the disparities between the Los Angeles Kings and Sacramento Kings after some confusion in the media with logos among other things. The graphic notes blatant differences between the two teams including the object used (a puck vs. a ball) and logos. Though comic in content and obvious differences, the graphic seems to have been posted on the site with direct informative intention for curious individuals as well.

The Los Angeles Kings are collecting all sorts of new fans, but we believe some of the oldest are the best and we are going to reward one of those lifelong fans. Just post an image of you with any card of the ten players we listed above to the Upper Deck Facebook page or Tweet it to us @UpperDeckHockey and we will pick our favorite to receive a special selection of Kings collectibles from Bailey’s Buddies sets. You must appear in the picture and the more you look like a Los Angeles Kings fan, the better your chances are of winning. We’ll select our favorite image on Tuesday, June 29 to receive this prize pack.

Hello, my name is Bob Turton and I wanted to pass you and your website a link to a funnyordie video I just produced poking a little clean fun at the Bandwagon Los Angeles Kings fans that the real fans know and “love” so much. You might get a kick out of it. If you like it please feel free to embed or re-post. Thanks so much for your time and have a great day!! GAME ONE TOMORROW!!!!