From time to time we love to spotlight our valued collectors on the Upper Deck Blog to showcase their collections. It seems like every collector is different and we like to celebrate those differences here. Recently at a Michael Jordan event, we met a very passionate fan of our Upper Deck Authenticated memorabilia and he was kind enough to share a little bit of some of the very nice items in his collection. Here’s his story:

“My quest to score a Michael Jordan signature began in 1986. I was living in Indiana and had just got my driver’s license. I would pack my car full of friends and we would make the 45-minute trek to the old Chicago Stadium. Tickets back then were just $8.00 for standing room and we had a good time moving from seat to seat as the crowd came in to see MJ and ‘Da Bulls.’

“When the game was over we would wait for the players to drive through the fenced in parking lot and get their autographs. Michael had a pretty tricky way of exiting most nights by using two vehicles; a red Corvette and his Blazer. One would turn left going out of the stadium and the other would go right. I followed the Corvette one night hoping it would be the evening I finally land his autograph, but found it was Juanita driving the car. I felt like I had an open lay-up and out of nowhere got rejected.

“It got a little frustrating over the years trying to track down an authentic Michael Jordan signature, but after doing some research I found out he had an exclusive deal with Upper Deck Authenticated. When I realized how to get his collectibles, things got a little easier as I added a signed Michael Jordan baseball, a Six-Time Champion print, a jersey, a ‘Rare Air’ signed book, an 8×10 signature series card and one of my favorite pieces; the Nike ‘Wings’ poster. Each item was authenticated by Upper Deck and I felt pretty proud that I had put together such a comprehensive Michael Jordan Collection. 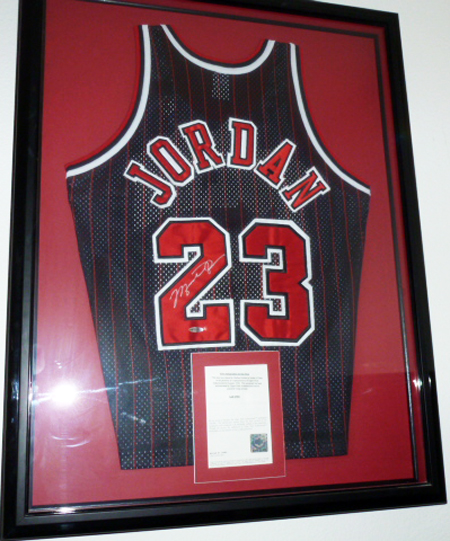 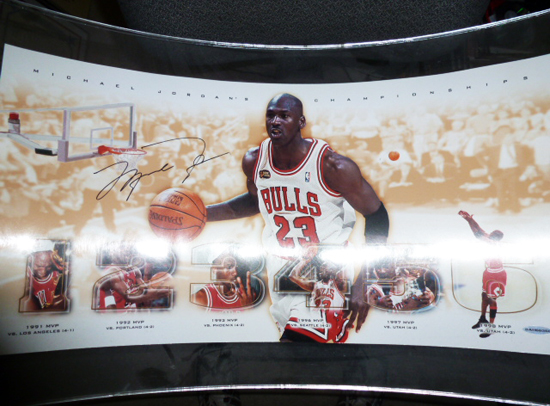 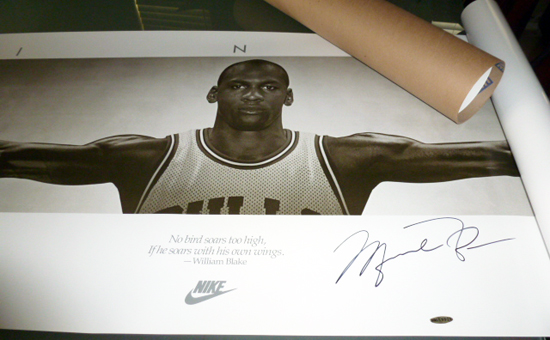 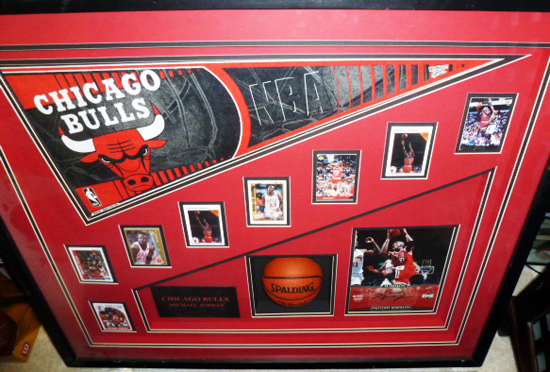 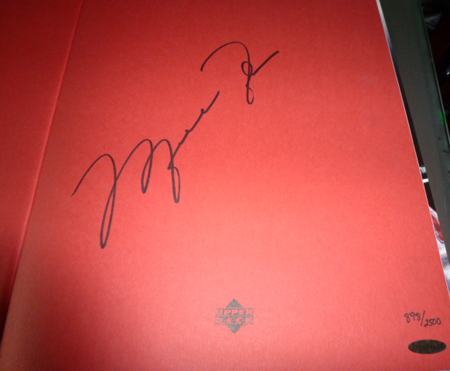 “In 1996 my company transferred me to Las Vegas, Nevada and I was happy to no longer suffer through the chilly Midwest winters. This happened to be the same year a young Tiger Woods joined the PGA Tour and he won his first event a few miles from my home at the TPC Summerlin. And with that I was ready to begin chasing another athlete who also happened to be an Upper Deck exclusive spokesman.

“In 1997 I volunteered to work The Las Vegas Invitational as a scorekeeper. As my group made the turn on the third round I realized I had left my sweater in the scoring tent. Maybe leaving the sweater was planned, maybe it wasn’t, I’ll never reveal, but I had to go back and get it right? I went back as Tiger came in to sign his card and I approached him after he finished up there. I asked him to sign a ‘Sports Illustrated: Sportsman of the Year’ issue for me and he agreed. We had a nice chat before he walked out to a see of admiring fans, it was pretty surreal as you could just see he was on the verge of becoming a superstar.

“I saw that a lot of fakes and forgeries would pop up through online auction sites I decided to invest wisely exclusively in the Upper Deck Authenticated items of Tiger Woods. The 5-Step process UDA uses really gives you a sense of ease as you know the item you are getting is legitimate.

“My Tiger Woods collection from UDA consists of two signed 2008 U.S. Open Pin Flags (one with and one without frame), the Black & White ‘Sweet Swing’ piece, both Dubai heli-pad framed prints, the ‘Breaking Through’ sand save piece, the large 2008 U.S. Open painting limited to just 66 copies and a range driven ball with signed card ‘Curve’ display. I love the quality of these pieces, but also added another Tiger signature to my collection when I ran into him in 2006 at the Buick Invitational. It has been really exciting to see that collection grow over the years. 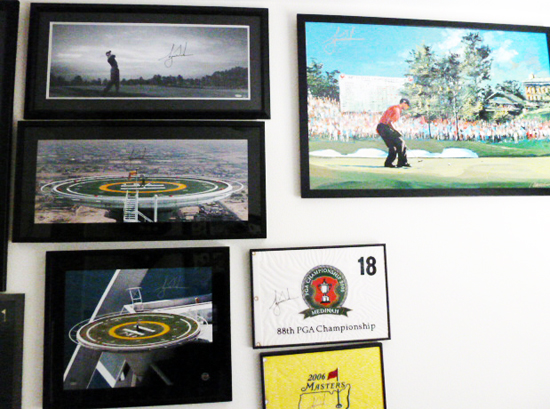 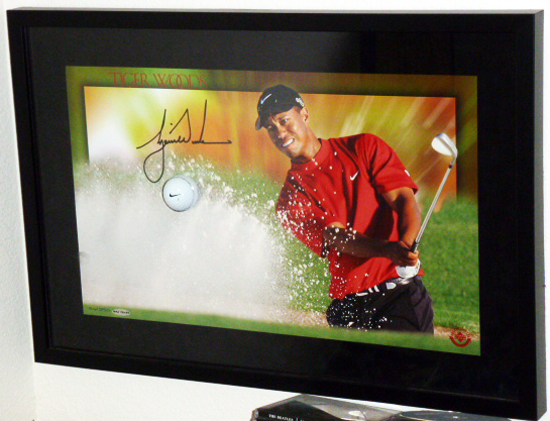 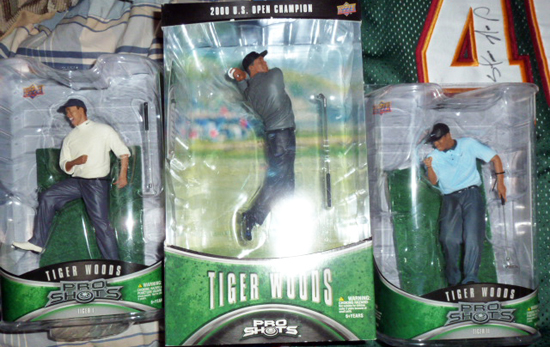 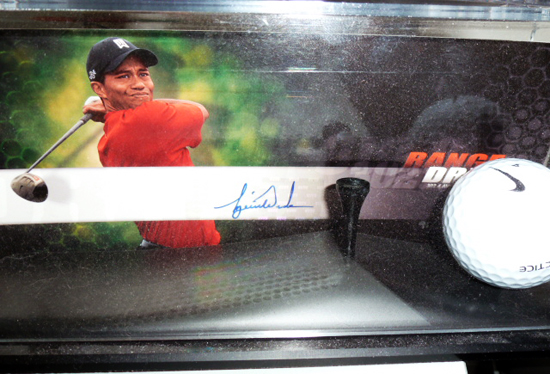 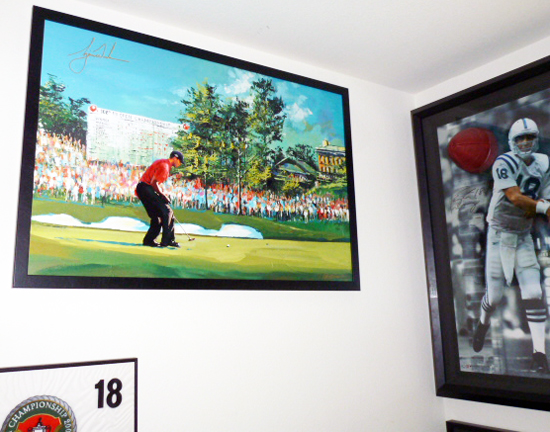 “I have a pretty extensive collection of other UDA items as well that I have picked up through the years. I’ve grabbed some great jerseys from LeBron James, Dwyane Wade, Kobe Bryant and more. Additionally I have some more great photos from athletes like Roger Clemens, Cal Ripken Jr., Peyton Manning and Mark Prior to name a few. 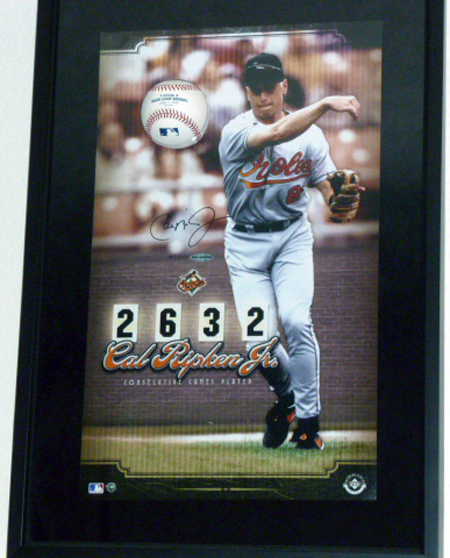 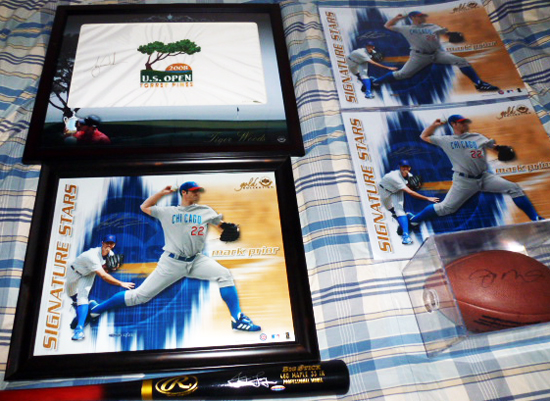 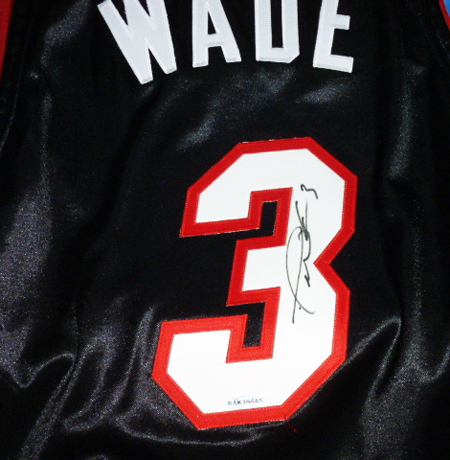 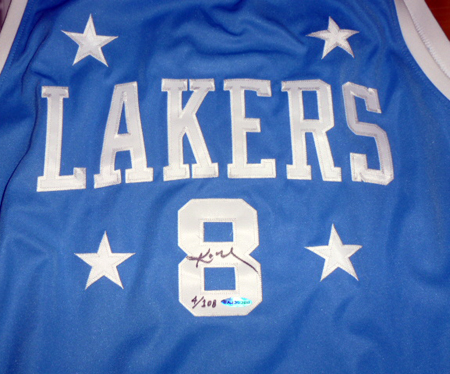 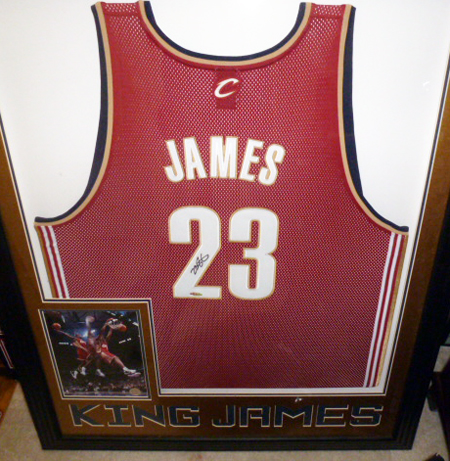 “With two young daughters (23 months and 3 weeks-old) my purchases have slowed a bit. My new quest is to be the best father I can be and the girls have brought me a joy I never could have imagined. I guess my priorities have changed a little, but I still love the collectibles I have that help bring me closer to the athletes I’ve always enjoyed watching. And I’m still looking for a signed pair of Tiger Woods cleats to complete my collection, so if you happen to be sitting on any, leave a comment with your contact information below.”

Thanks for sharing your story and your collection Donald! You’ve got some really impressive items to say the least. And good luck with the girls, they are sure to keep you busy for the near future!