Most college basketball fans are still lamenting over their busted brackets, but almost everyone is excited for the match-ups in the Final Four. With Ohio State set to take on Kansas and Louisville preparing to take on Kentucky, there is a lot of excitement in New Orleans as the Final Four is set to tip off this Saturday. As the official trading card of the NCAA®, Upper Deck plans on being a big part of the weekend festivities engaging fans at Bracket Town. The fun is scheduled to take place Friday, March 30 through Monday, April 2 at the Ernest N. Morial Convention Center in New Orleans, LA.

Upper Deck will have a variety of trading card and memorabilia products for sale at the corporate booth and with any purchase of a $1 pack, fans can get in the game at the Personalized Trading Card Station. UD will have jerseys from each of the Final Four teams on hand along with a green screen where fans can go through the experience of having their own personalized trading card made. When the photo shoot is over, fans can take home their very own Upper Deck collectible card. Upper Deck will have three stations running at the corporate booth throughout the entire show. 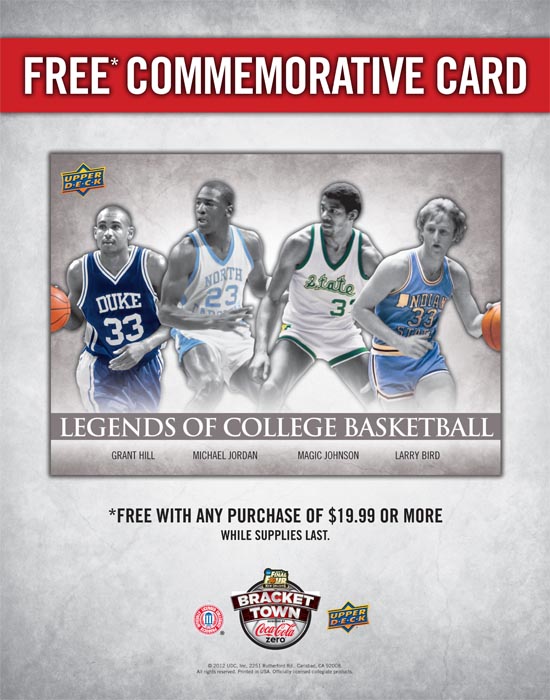 With any purchase of $19.99 or more, fans can score a commemorative card Upper Deck produced exclusively for Bracket Town featuring Grant Hill, Michael Jordan, Magic Johnson and Larry Bird limited to just 250 total copies. There will be some great sales items as well including a Michael Jordan print signed by artist Shepard Fairey for only $99 (regularly $300). 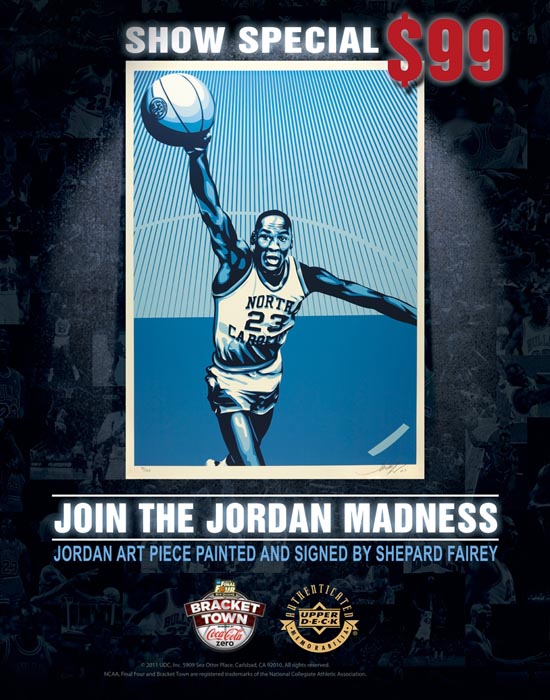 There will be a variety of free activities as well including trivia contests and pack wars where fans can score great prizes from Upper Deck. Additionally the Upper Deck crew will be handing out some complimentary cards from the company’s new World of Sport product. We look forward to seeing you at Bracket Town, don’t miss it!