If there is one set that hockey fans love putting together every year, it is the base Upper Deck set. It is the flagship brand that draws in young and old collectors alike and the Young Guns rookie cards are always in high demand. Once we shared information about Young Guns and other rookie sets in 2011-12 NHL Upper Deck Series Two, fans have been fired up to break open packs to find their favorite players. Every season, early November is almost like a holiday when Series One releases and March is just as exciting when Series Two hits shelves. 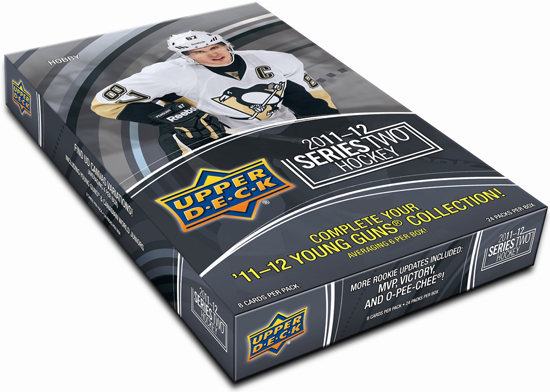 Today Upper Deck cases are cracking all throughout North America and fans are racing to finish putting together their sets of not only Upper Deck, but also MVP, Victory and O-Pee-Chee. One of the big draws for 2011-12 NHL Upper Deck Series Two is that it includes update cards of these other sets that were released earlier in the season along with rookie cards of top future stars like Ryan Nugent-Hopkins. 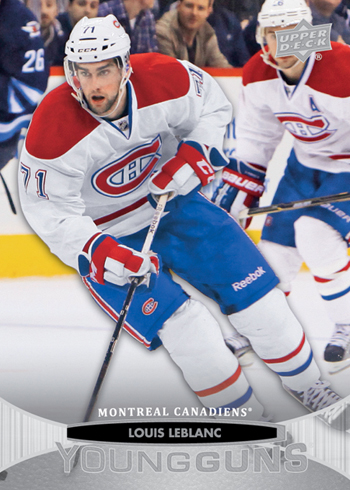 Young Guns Printing Plate Cards – There are One-of-One printing cards of Young Gun rookies from Series One and Series Two that can be found in random packs of 2011-12 NHL Upper Deck Series Two. This includes the checklist cards. That means there are four different Ryan Nugent-Hopkins printing plate cards (Black, Cyan, Magenta and Yellow) available of his iconic Young Guns rookie card.

Andrew Shaw – Chicago Blackhawks newcomer Andrew Shaw hit the ice a little too late for us to get him in the main Young Guns set, but we were able to include him in the Young Guns Canvas set. His Canvas Young Guns card will be his lone card in the product and it should create a lot of buzz around that card should he continue to play well.

Pelle Lindbergh – There are 15 retired stars featured in the UD Canvas set and a notable name that made the checklist is Pelle Lindbergh. This is Lindbergh’s first Upper Deck issued card in several years and this card will be his only appearance in this product so don’t miss it!

UD Canvas Autographs – Fans really seemed to enjoy the Canvas set in Series One so the hockey team worked to add a little more high-end content to it for Series Two. Collectors can look for two different on-card autographs in the Canvas set of hockey legend Bobby Orr (numbered to 66 matching his rookie season) and Canadien superstar goalie Carey Price (numbered to 31 to match his jersey number). 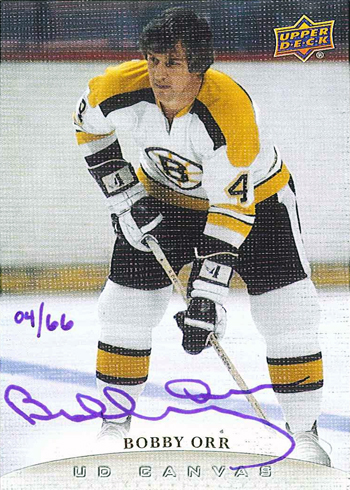 Sid & Ovi Buyback Autographs – We have been including some buyback autographs in recent NHL releases of top stars like Sidney Crosby. In 2011-12 NHL Upper Deck Series Two puck fans can find hard-signed buyback autograph cards of both Sidney Crosby and Alex Ovechkin. Crosby signed just two copies of his 2008-09 Upper Deck Game Jersey card. Ovechkin on the other hand signed 21 copies of his 2005-06 Upper Deck Power Play rookie card. Each will include a hologram on the back and a Certificate of Authenticity card with a matching hologram. 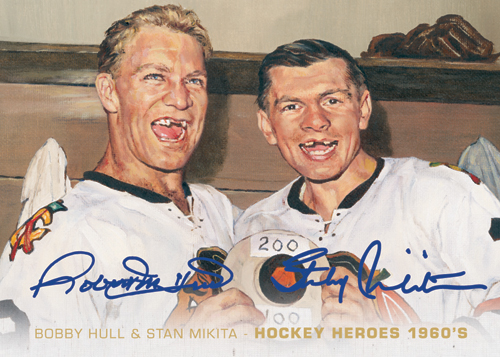 NHL Champ’s Content – As many fans know, Upper Deck has been pulling redemption cards from releases and producing less product in order to have more live autograph content in packs and reduce the use of redemptions. But what happens when we pull the redemptions and the cards come back in. We want to get those cards out to the public somehow. Such is the case with the 2009-10 NHL Champ’s Cam Barker mini autograph cards. We received them in after the release and after his redemptions were pulled. These will be randomly inserted into 2011-12 NHL Upper Deck Series Two in order to get them into the market and they are seeded as a bonus autograph card. The odds of pulling them are roughly 1:13,500 hobby packs and 1:2,300 retail packs.

Short Print List – Will Upper Deck release a short print list on non-numbered autograph cards? You bet we will. Here you go! 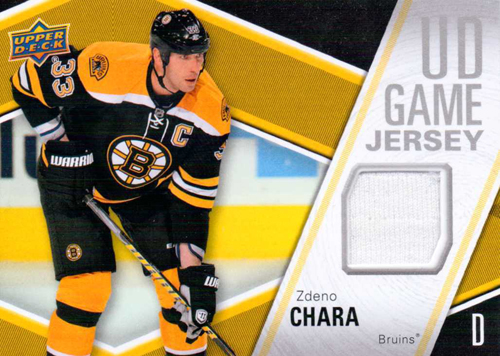 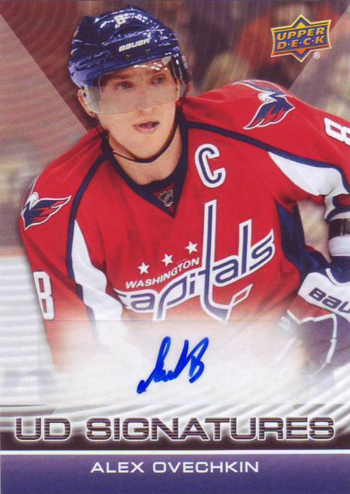 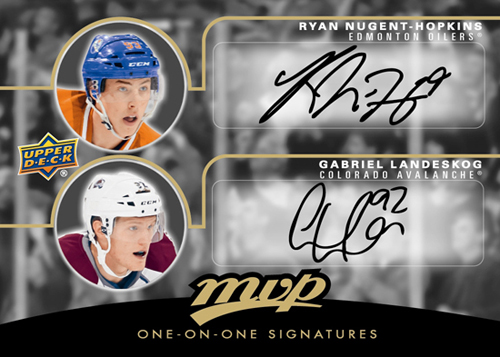 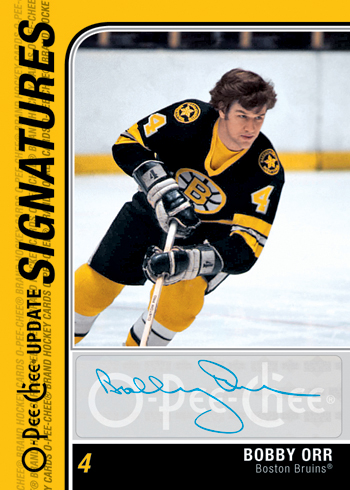 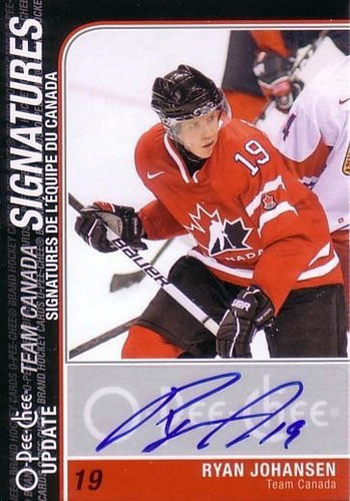 Got any other questions about 2011-12 NHL Upper Deck Series Two? Post them in the comment section below!


What about Day With The Cup? Checklist and insertion ratio please.


Are the Victory Update Printing Plates included in Series 2?


Who are the Sabres Young Guns in Series 2?


Well we said “practically everything” Tom. 🙂 We will share some details on that set later next week. For those of you not familiar with the Day with the Cup set, check this out: https://www.upperdeckblog.com/2011/11/question-answered-what-is-the-%E2%80%9Cday-with-the-cup%E2%80%9D-insert-found-in-2011-12-nhl-upper-deck-all-about/


Here’s a link to the checklist: http://sports.upperdeck.com/collectorszone/cardsethome.aspx?q=6&sid=58098


TheMan, there are no Victory plates in the set.


Could you please confirm the info on the Hockey Heroes autograph card “rare dual signed card of Bobby Hull and Stan Mikita numbered to just ten copies.”
Are these cards numbered???
The photo of that card in the article does not show a number. I want to know if I just got the pull of a lifetime, or if there are an unspecified number of un-numbered cards along with 10 numbered cards.
Crossing my fingers, but happy either way!


Chris, they are limited to just ten copies, but are not numbered. Congrats on the great pull!


WOOHOO!!! THAT’s AWESOME!
Thanks for confirming.


I bought my daughter a pack of series 2 and she pulled the Bobby Orr O Pee Chee update signature! I was wondering how many of these are out there? Thanks.


I pulled a MVP One on One with the signatures of Stamkos & Ovechkin….I was woundering what was the print run for these card since the ratio is….