Tim Doull our Athlete Relations Manager came by yesterday and shared he expected we would be getting a package from Tiger Woods shortly and I told him to come over and get me when it comes in. We opened it together and marveled at the contents. We received Tiger’s tournament-worn red Nike shirt and hat from Sunday where he won the 2012 Arnold Palmer Invitational at Bay Hill. 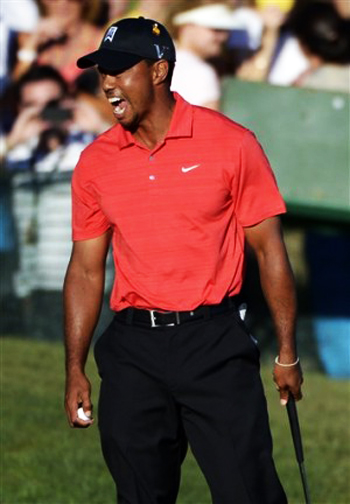 Tiger Woods claimed victory at the Arnold Palmer Invitational at Bay Hill this weekend. Upper Deck received his tournament-worn shirt and hat from the memorable victory.

We marveled at how small the shirt was, but how big Tiger looks on television as of late. I guess a small shirt is a reason why. What was really cool about the package is that Tiger left on the duck pin that he wore during the event. 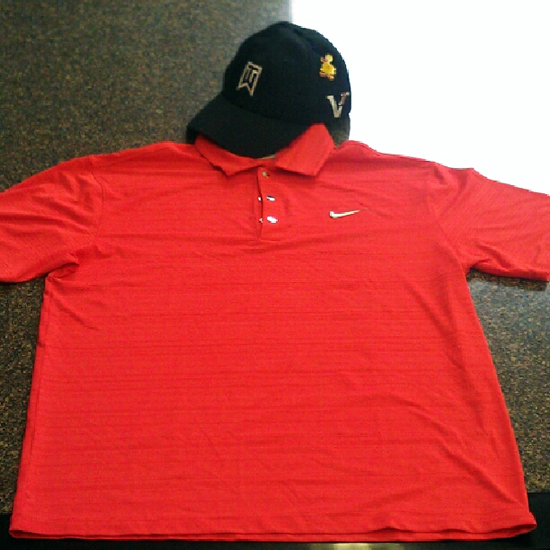 If you watched the tournament, you may have wondered what these duck pins were that so many golfers were wearing. They are wearing them in support of fellow golfer Jarrod Lyle who was recently diagnosed with leukemia. Lyle is just 31, but he was initially diagnosed with the disease when he was 17 years old. This month he found out it returned and began chemotherapy treatments. Lyle has a duck headcover on his driver so golfers are hoping these lucky duck pins will help bring Lyle some luck, or at least lift his spirits as he goes through treatment. 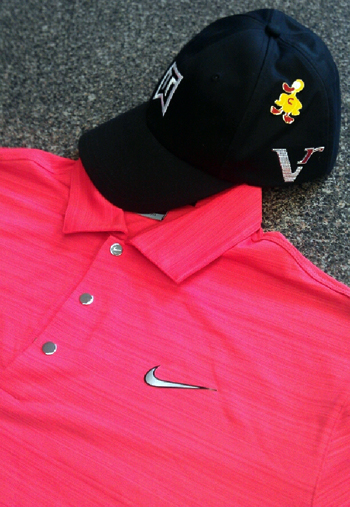 Tiger wore the duck pin on his hat to show support for fellow golfer Jarrod Lyle who is suffering from leukemia.

The shirt and hat will be signed by Tiger in the coming weeks and then offered up through Upper Deck’s Suite One-of-One program. This memorable piece of history will surely become the prized item of the collector lucky enough to capture it.


Hi there very cool website!! Man .. Beautiful .. Superb .. I’ll bookmark your blog and take the feeds additionally?I am satisfied to find numerous useful information here in the put up, we want work out extra techniques in this regard, thanks for sharing. . . . . .