One of the things trading cards do a great job of is chronicling moments in history and immortalizing them forever. Some of the greatest moments in American history involve U.S. Presidents and politicians and for several years now Upper Deck has made it a practice on occasion to insert cards of U.S. Presidents and politicians into trading card releases for all sports. We try to select releases where we include elements of pop culture and other unique cards. 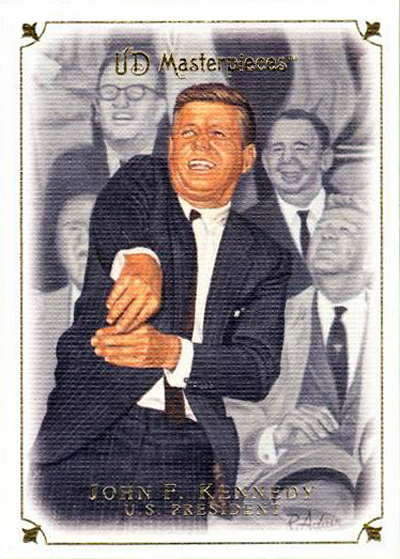 For some time now, Upper Deck has made a practice of adding trading cards of U.S. Presidents and politicians to sets as insert or subset cards primarily.

Recently we announced we would be including cards of Barack Obama and several GOP Presidential candidates in Upper Deck’s World of Sports set and that has created a lot of mainstream interest in the product which is exciting. Upper Deck trading cards of U.S. Presidents and politicians have traditionally performed very well in the secondary market as well with regular cards at times selling for more than memorabilia or even autograph cards of sports stars. The purpose for including these cards is not to push any type of political agenda, but rather to be topical, interesting, educational and to help add value to a product. 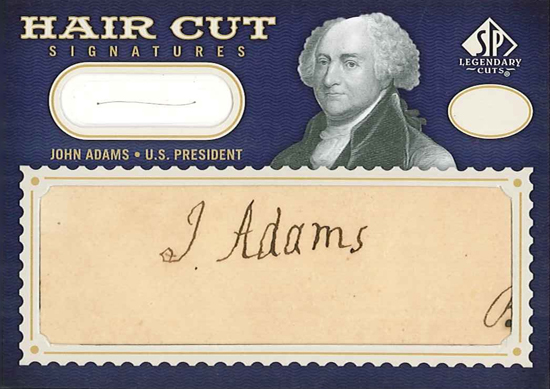 Upper Deck has pushed the envelope and created some of the most interesting and valuable U.S. President trading cards in the market, many with authentic cut autographs and even hair of the deceased leader embedded on the card.

But not every fan is for them. Just last week I had a message forwarded to me from Upper Deck Customer Care that came from a concerned parent. The parent said, “I still struggle with trying to explain to our 11 year-old son why there is a football card of Obama in one of your decks. You have misled us in our purchase and for that we are very disappointed…”

We've had fans upset that we've included cards like these of Barack Obama in the Icons Football release before, even though they have great value in the secondary market.

The customer has a valid point in my opinion and I offered to exchange the card for him of a football player as a courtesy. It made me wonder however, as unique and interesting as these cards are, do some fans find them totally repellent? I know there are die-hard fans who just want to find cards of their favorite sports stars, but is that the case if it takes the place of a non-sport card with a high secondary market value tied to it? Since it is President’s Day, I thought it was an appropriate question to ask our fan base. Think of it as an informal poll. Would you vote for Upper Deck to continue to include cards of U.S. Presidents and politicians on occasion? Let us know in the comment section below. 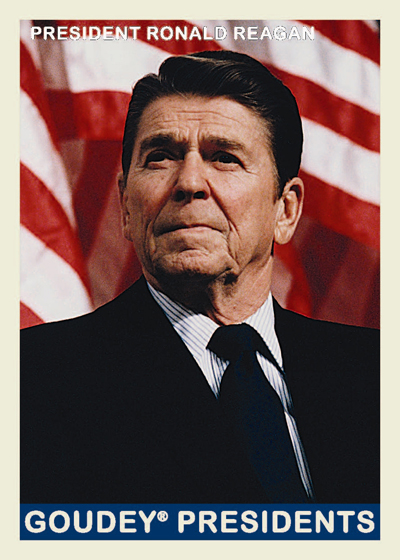 Do cards like these deserve to be inserted in a couple trading card releases a year to help chronicle history or are they too controversial?


I like when odd stuff shows up in sets. I enjoy reading about things other then just sports from time to time and when there is someone in a set I don’t know about, I make a point to read up on them a little.


Absolutely! I’ve got an M.A. in Political Science and wrote my thesis on American foreign policy so I love seeing presidents and world leaders immortalized on cardboard. One of these days I plan to send off my George W. Bush Champ’s Historical Figures down to Crawford, TX, in the hopes of it getting signed. Hey, a Canadian kid can dream right?


Yes UD should. I respect the moms opinion, but lets think about it. When a team wins a championship where do they go(Besides Disney World lol)? The White House to meet the President. Presidents even occasionally throw out the first pitch at opening games. President Roosevelt had probably the biggest impact on American football by modernizing the rules to a more humane setting. And let’s not forget about President Ford who won 2 NCAA championships at Michigan. I would argue Sports and Presidents have a Strong connection and should stay in the Collectable cards. And if anything this can be educational to our youth.


Absolutely, this has been going on since the 1880’s with the first set of N189 Savage and semi-barbarous chiefs and rulers, then the Bowman President set of 1952 and the repeating Mother’s Cookies President sets. These sets are very cool and very collectible. Plus as an earlier blogger stated, it teaches our children. All Good!!! I personally would love to have an autograph of every American President.