Brag Photo: The Legends of College Football are Coming!

We get a lot of questions here at Upper Deck, but one of the most frequent one is, “When are your new products coming out?”

Upper Deck has heard loud and clear from collectors that you are tired of opening packs and getting autograph redemption cards. You want signed cards live in the packs and we agree, that thrill of pulling a great autograph can be lost when it is in the form of a redemption card. So we are holding products until we have a high rate of autograph content live in the product before we release them. Recently we have released the new Upper Deck World of Sports set with all live autograph content in packs; no redemptions. 2011-12 NHL Upper Deck Series Two is packing out now as well with zero redemption cards in the product as well. Both these products were late, but we would rather apologize about them being late than to put a product out filled with redemption cards. Both of these products will have none.

We have also heard that collectors want hard-signed cards as much as possible. Especially on premium sets collectors don’t want to pull autograph cards that have signature labels. And we continue to work in delivering hard-signed releases to our fans. Upper Deck’s 2011 College Legends Football set has been delayed, but it is because there is so much hard-signed autograph content in it and we will not put it out with high redemption rates.

The autographs continue to steadily come in however. We wanted to show you some of the cards we have received in from the set from athletes like Aaron Rodgers, Dan Marino, Steve Young, Ron Dayne and Thurman Thomas to name a few. 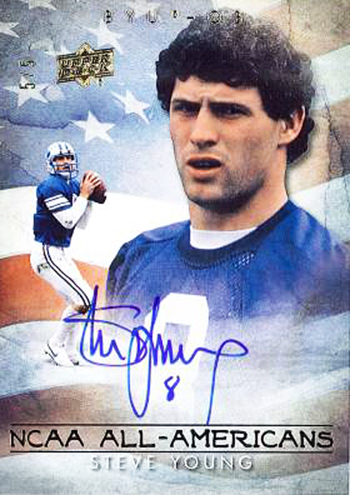 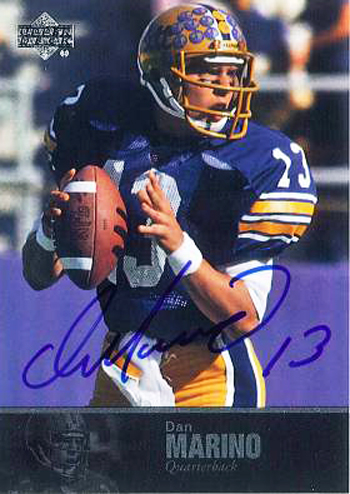 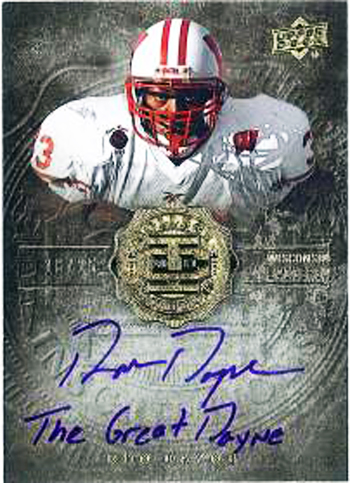 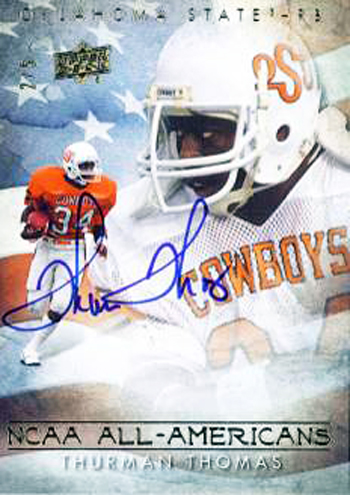 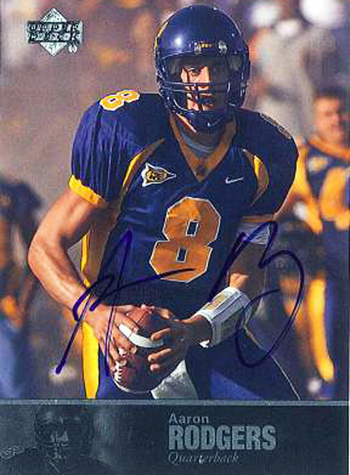 Additionally I would like to share that I actually started working with Upper Deck right around the time the classic 1997 Upper Deck Legends Football released. It is widely hailed as one of the greatest Football sets of all-time, but it also had some of the highest redemption rates of any product Upper Deck ever produced. It was one of the first products to ever use redemptions and we learned very quickly how difficult these programs are to execute. I saw first-hand how we alienated a lot of great football fans with long delays in getting their cards to them or having to send something else which was frustrating for everyone involved. We will not deliver that type of experience again with this premium release that should be an awesome product to break and collect. The release date is still a little up for grabs as we continue to track down athletes and have them sign for the product, but it will be out this Spring. Don’t miss it!


Cards look great. This product is a real winner. Can’t hardly wait until the release date. Just like with 2011 SP Authentic Football, my customers are going to keep coming back for more.


This is awesome. I’m praying Vinny Testaverde pops up in this release. It’s great to see some of the college studs who didn’t achieve great success in the pros get some love again, like Andre Ware and Ron Dayne, rather than the same recycled NFL stars.


Vinnie is scheduled to be in the set!!!