Based on what you see in the February 2012 issue of Beckett Sports Monthly it is clear hoop collectors still love Upper Deck and Fleer products. Of the top 20 cards on Beckett’s Basketball Hot List, 14 of them are from an Upper Deck or Fleer release. Well we’ve got good news for fans who have missed Fleer’s iconic basketball inserts as Upper Deck will be producing a retrospective product paying homage to their greatness due out in April of this season. Upper Deck’s 2011-12 Fleer Retro Basketball will have a lot of great content, including the always popular Jambalaya inserts (two of which are currently featured on Beckett’s Basketball Hot List). 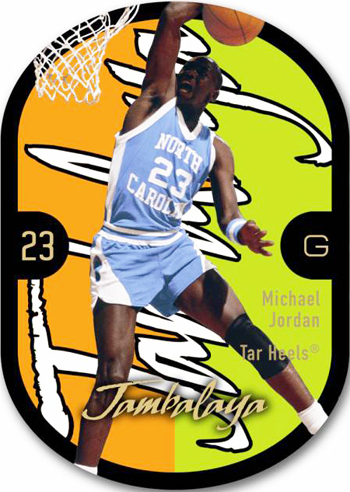 Fleer's popular Jambalaya inserts, among others, will be flying high on Hot Lists again this March.

And a new player has jumped on the scene in Beckett’s Basketball Hot List and that is red-hot rookie Jimmer Fredette. Upper Deck was able to secure an autograph deal of the highly-touted prospect from BYU and his first cards hit the market with 2011-12 SP Authentic Basketball and have been performing extremely well in the secondary market. Beckett has his SP Authentic Autograph Rookie F/X card #87 as their #8 card on the hot list. 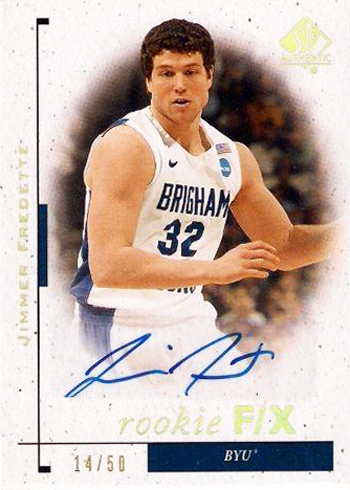 Then it is Jimmer’s SP Authentic Autograph rookie card #17 that took the #5 position on the list. 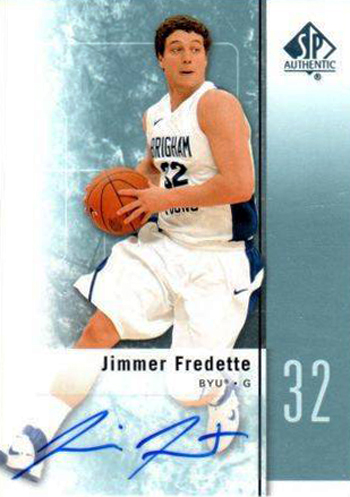 Some are saying Jimmer has the potential to have a Tim Tebow-like impact on his game, but only time will tell there. There is no doubt he is able to perform at the NBA level and deliver the same type of deadly 3-pointers he became famous for in college.

Upper Deck will have more Jimmer Fredette cards coming out this season starting off with the 2011-12 Fleer Retro Basketball set where fans can continue to collect rookies of this emerging star.