Upper Deck NHL Young Guns Are Hotter than Ever

We are not even halfway through the 2011-12 NHL season, but already there are plenty of rookies who are quickly establishing themselves as the big cheese. One of the best is Ryan Nugent-Hopkins and his 2011-12 NHL Upper Deck Series One Young Guns rookie card is currently selling for $80-$100 in the secondary market. There are several other solid rookies like Gabriel Landeskog, Cody Hodgson, Sean Couturier and Mark Scheifele in particular that are performing very well as well. 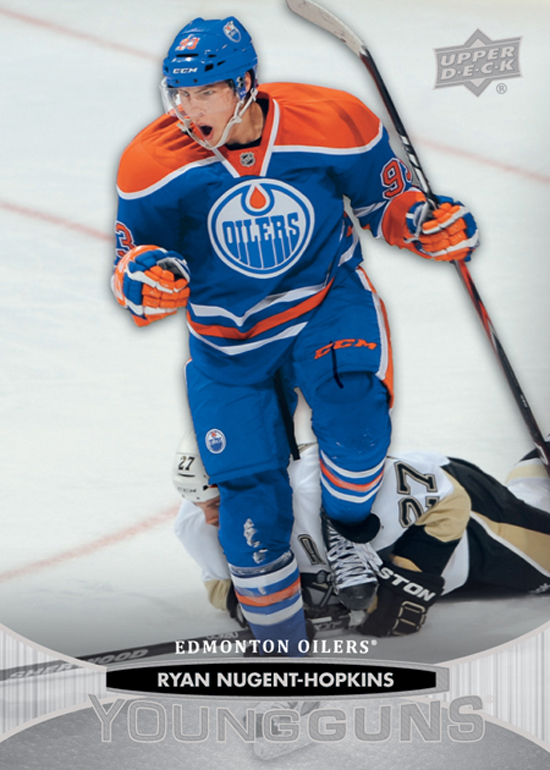 The Ryan Nugent-Hopkins Young Guns rookie card is quickly becoming THE hot rookie of the season.

When 2011-12 NHL Upper Deck Series Two releases later on this season, we will have a whole new crop of Young Guns included. It will be fun to watch how they all perform on the ice and with collectors. It made us think, what if the Young Guns could talk, what would the cards have to say? Here’s how we think it might go down.


That is an awesome video. “I’m a bigger cheese than you are.”


Nice commercial! How is it UD can make a product that has un-numbered, un-signed, non-jersey cards that go for $100+ and everyone wants them, and no one else can do it?


I bought 2 boxes of series 1 of this years Upper Deck cards and haven’t found a RNH, yet a buddy of mine bought 2 packs and got 2 of his Young Guns cards. Messed up!!