For the last three years, Canadians have enjoyed a special treat to go along with Hockey Day in Canada where they can head to select hobby shops and score free packs of Upper Deck NHL cards. It is called National Hockey Card Day and this past year was widely considered one of the best events for participants to date (click here to see photos from participating retailers and fans).

Upper Deck is excited to announce the return of the program in Canada on Saturday, February 11, 2012. Packs will be delivered exclusively through Upper Deck’s network of Certified Diamond Dealers who operate brick and mortar hobby shops throughout Canada. Puck fans can visit one of these shops and receive a FREE pack of Upper Deck NHL National Hockey Card Day cards while supplies last. Most of these retailers will be running a variety of other events and specials to make the most of this special day. 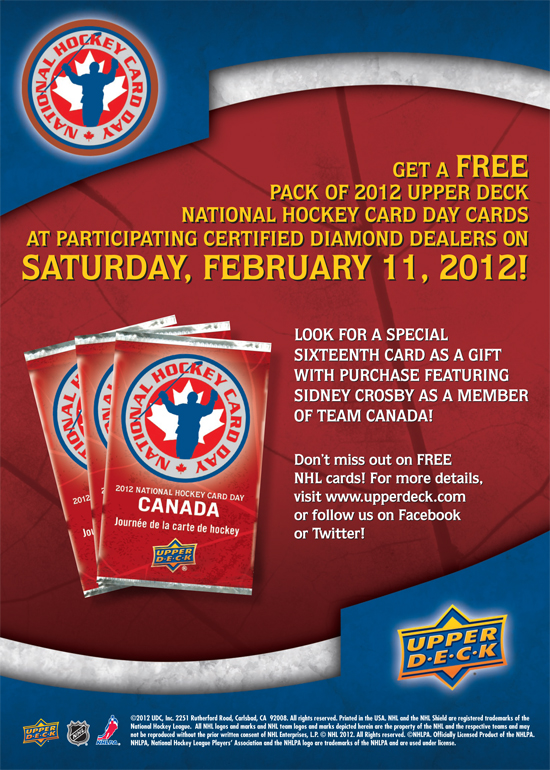 There are several factors that make Upper Deck’s National Hockey Card Day such a favorite with collectors. First, this program is exclusive to Canada and only Canadian-born players are featured in the set so there is a true sense of national pride in putting it together. Additionally, three subsets (five cards each) showcase the top rookies, stars and legends of the NHL. Next, a special 16th card is available to fans as a gift with purchase of Sidney Crosby featuring him as a member of Team Canada. Upper Deck will also be sprinkling in some very limited autograph cards randomly into packs as well of some big names that will be sure to have collectors excited.

There will be a retail portion to the program this season as well. Collectors who visit a London Drugs or Toys “R” Us in Canada and make an Upper Deck purchase can receive a special National Hockey Card Day blow-up card. The five players featured will be Ryan Nugent-Hopkins, Roberto Luongo, Jonathan Toews, Mario Lemieux and Wayne Gretzky.

Upper Deck will also be taking the experience of National Hockey Card Day online with fans through the special Facebook page created for the program. Upper Deck will offer fans a variety of FREE giveaways where they can score packs, boxes, blow-up cards and signed memorabilia just for sharing their experience with us by posting photographs or video to that Facebook page. Make sure you “Like” that page today to take part and get other updates about the event!

We will be sharing information on which stores will be participating as the event draws closer, but in the meantime, enjoy a first look at the cards in the 2012 Upper Deck National Hockey Card Day Canada set. We went with a design that played up the characteristics of the Maple Leaf this year and using all the different color schemes you see with them. We felt it was a nice way to pay tribute to Canada and it came out really nice. 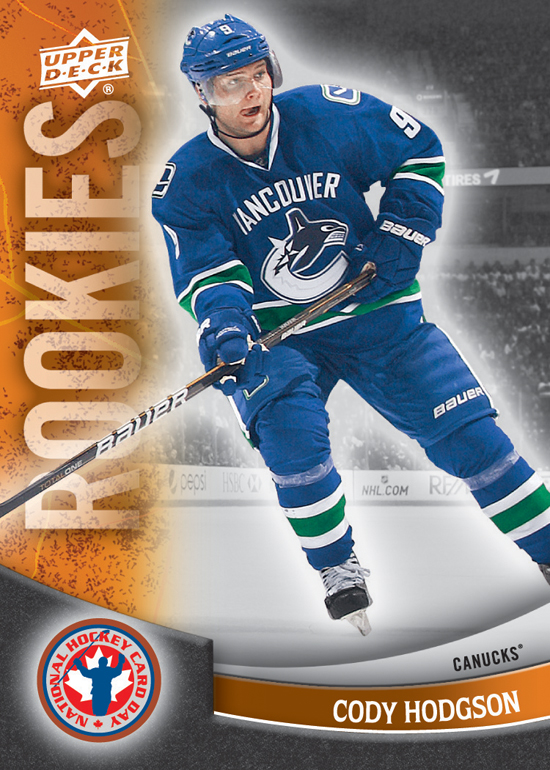 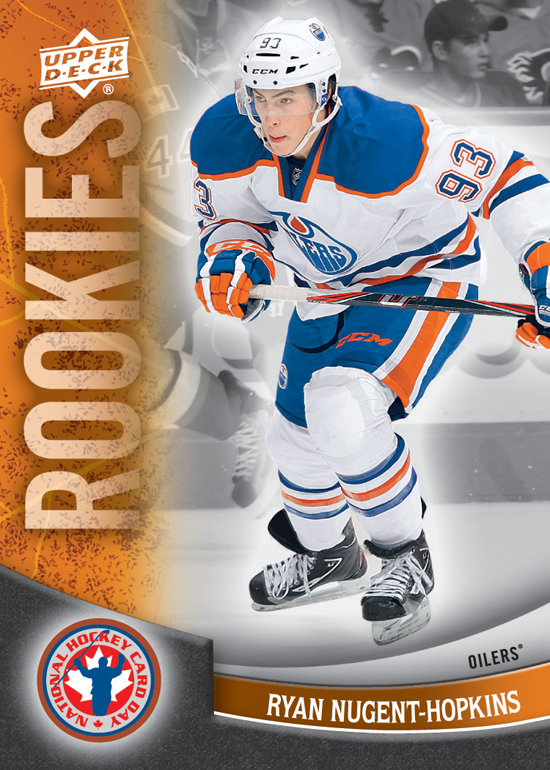 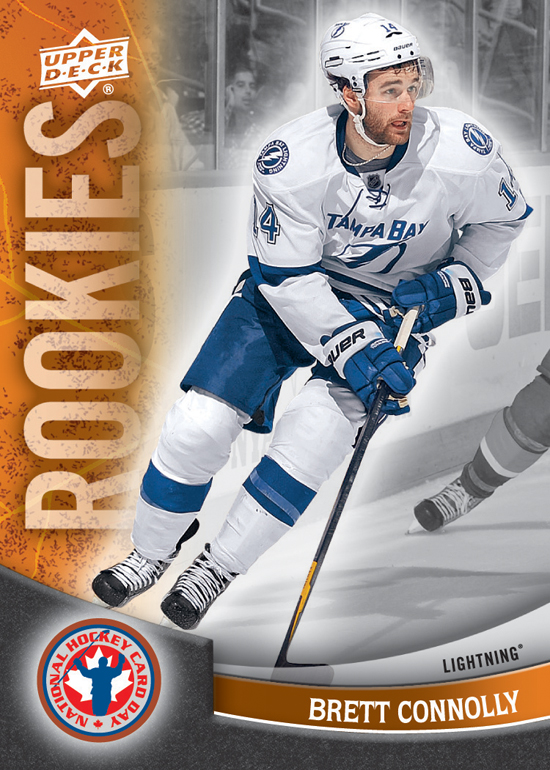 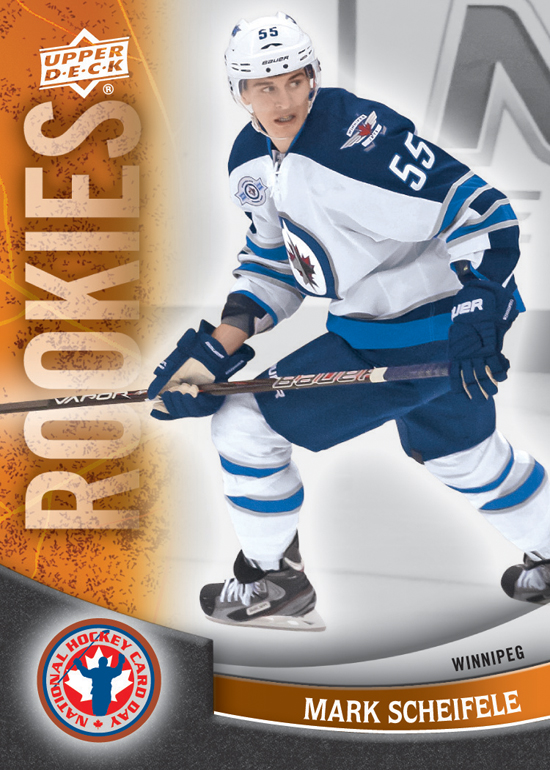 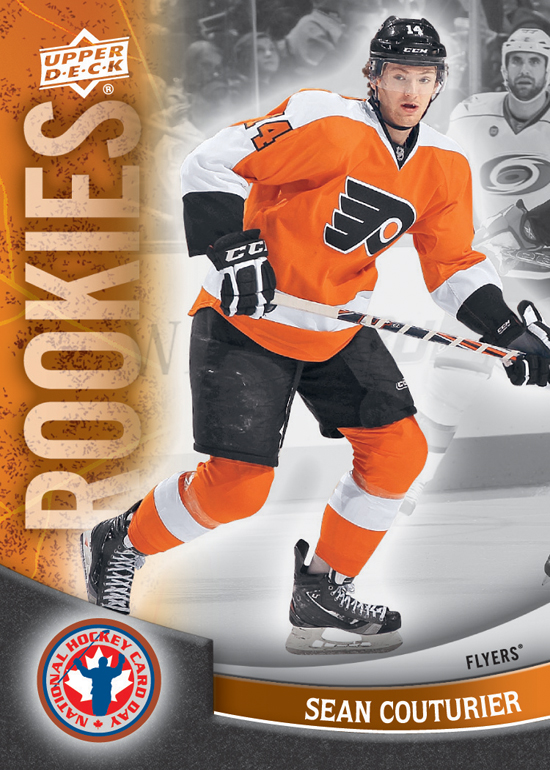 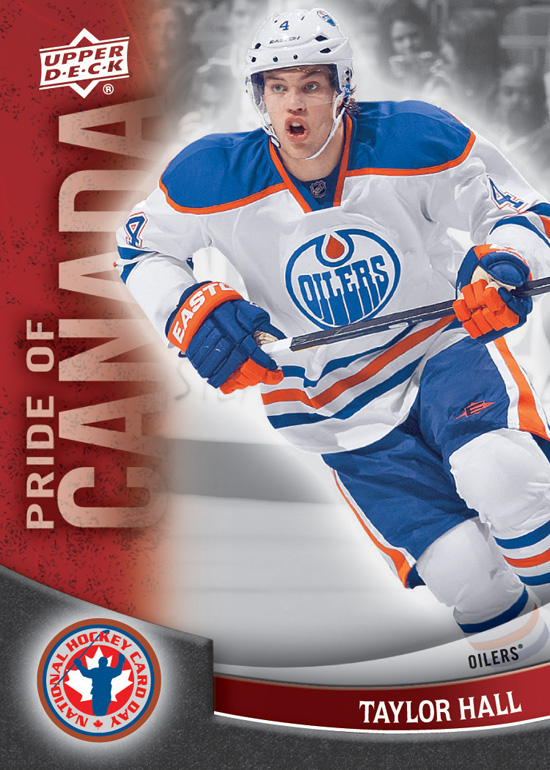 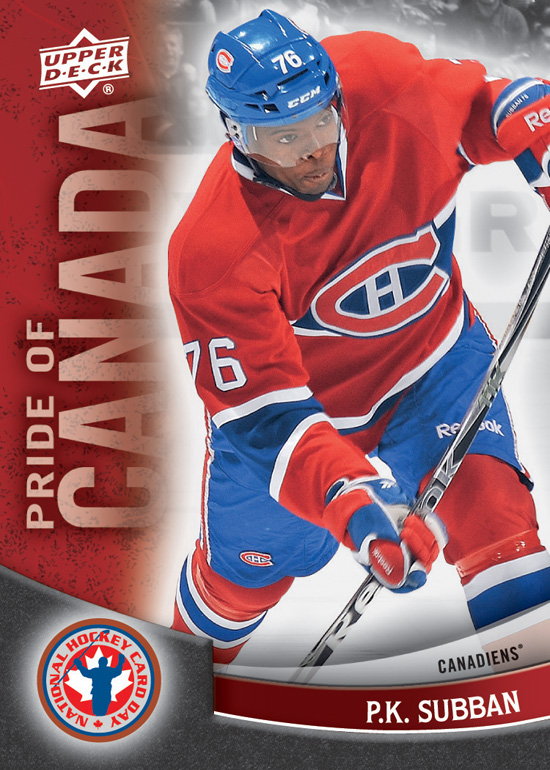 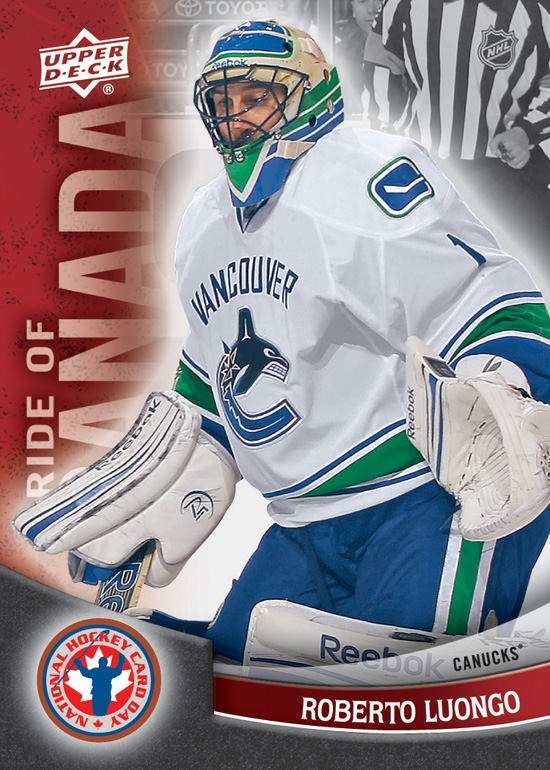 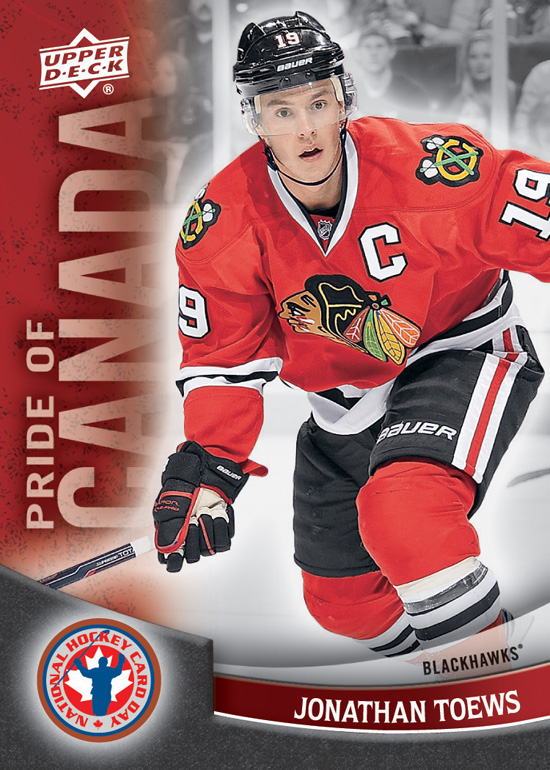 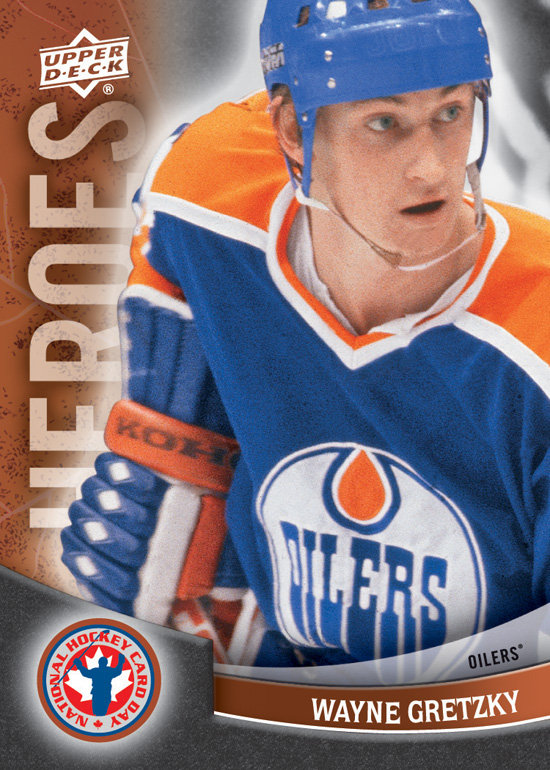 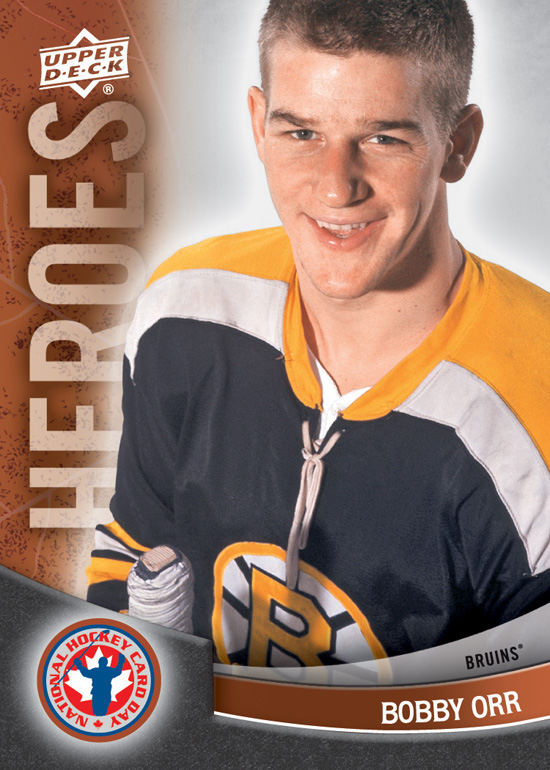 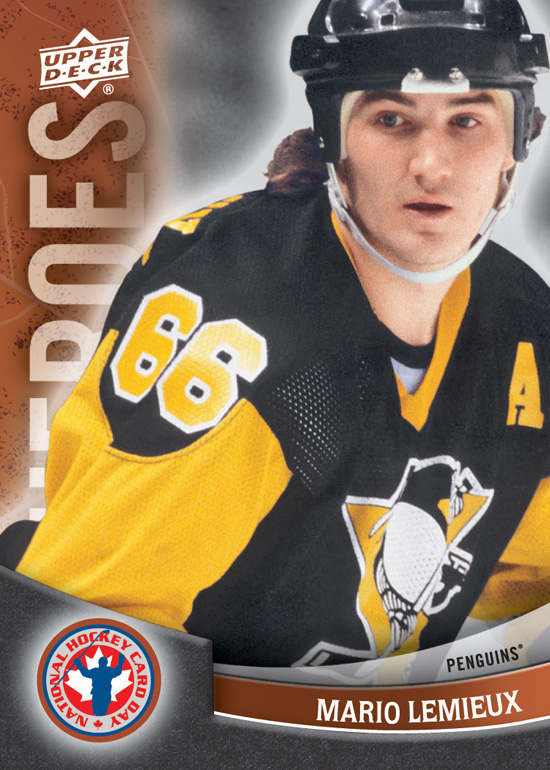 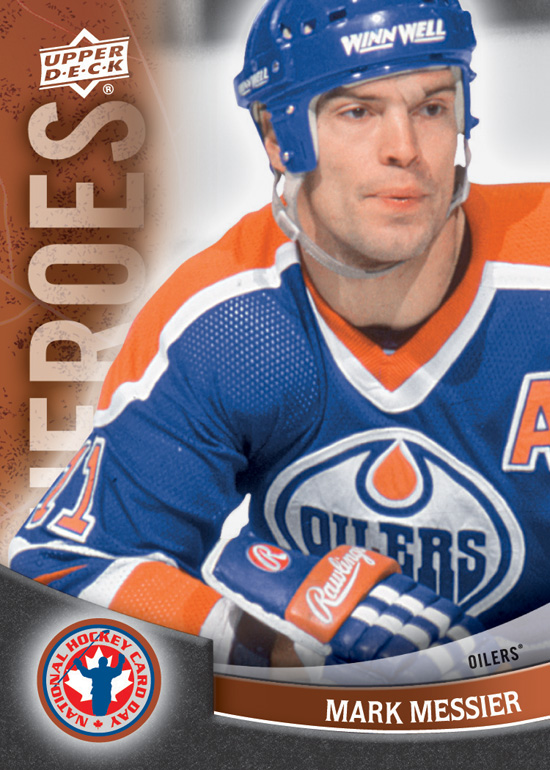 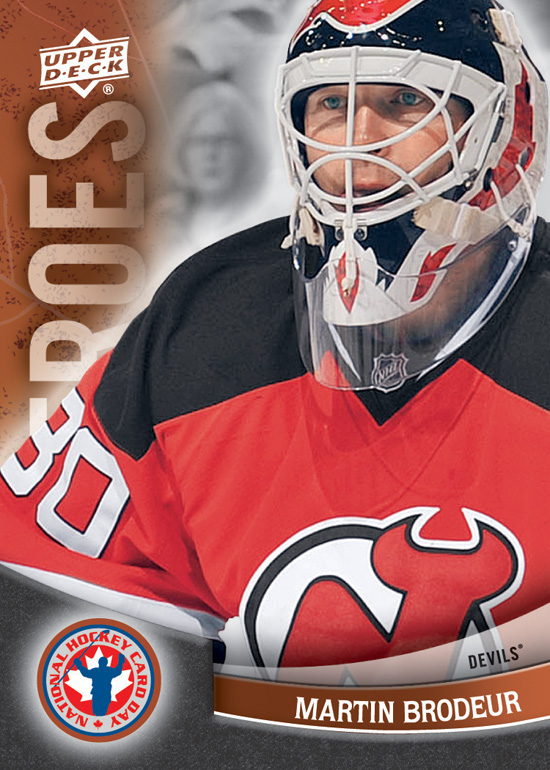 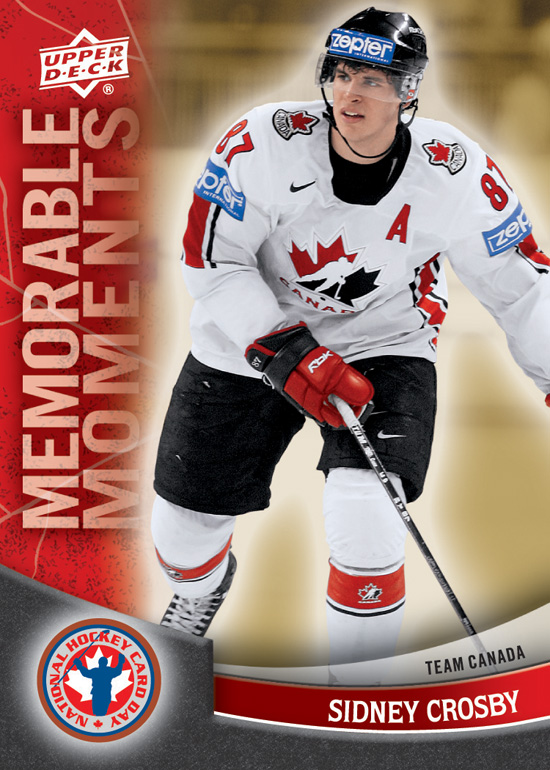 …COOL…hope most retailer’s note…FREE HOCKEY CARD DAY…last year a few card shops in EDMONTON only gave a pack after a purchase of 5 or 10 dollars of other product….CAN WE ALL SAY GREED….heck COMIC STORES give away a ton of freebies every MAY 1ST w no purchases ….
WEST’S are you listening??!

I have been a fan of hockey ever since there was no tv’s and we had to listen to it on an old box radio.There are no card shops handy where I live,maybe if I left the province and went to the mainland I might find one.Please,I would love very much if you can mailthem out to me.I’m willing to pay the postage if need be.As I stated earlier I dearly love hockey,never miss a game.My favorite team is the Toronto Maple Leafs.I want to thank you for reading my comment and request.

Why do all the cards list the team nickname except Mark Scheifele’s card which has Winnipeg instead of ‘Jets’?

If it’s not already obvious that shops have to BUY these (UD does not “give” anything to suppliers to give to collectors) I would believe it’s safe to say the shops can do what they want with them – truthfully for the many that will ONLY go to a shop to get something free – I don’t think any shop owes anything to freeloaders.