2012 is officially the year of the Dragon according to the Chinese calendar, but the golfing calendar says it will be the year of the Tiger. After an abysmal 2011 season where Tiger Woods fell from number one in the golf rankings to number 56, it seems as though Tiger Woods will rise again and be a dominating force in 2012. 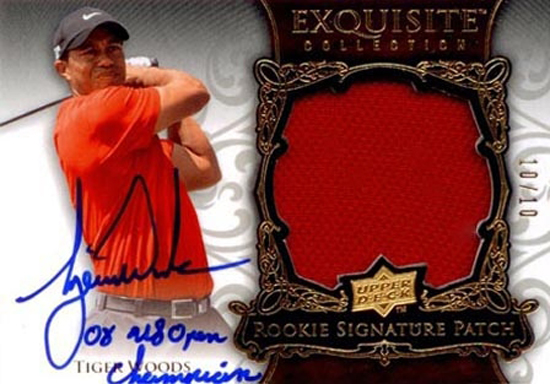 How can this be? From all appearances Tiger struggles to make cuts and is in the process of his fourth swing change with a new caddy. Tiger has given us a free sample of what he will do in 2012. The kind you get on aisle seven of the grocery store and you just want more. Tiger was a dominating force at the Presidents Cup thanks to a helpful putting tip from Steve Striker and last week he won his first tournament in two years at the Chevron World Challenge.

Tiger is on the rise and now the 21st ranked player in the world looking to make this a year to remember. The 2012 PGA tour season offers several opportunities where Tiger can return to glory, one of them being The Masters. Even at his lowest point Tiger was in contention in The Masters finishing sixth in 2009 and fourth in 2010. Most tour professionals just hope to play in The Masters one day, let alone finish in the top ten. I believe Tiger will win The Masters in 2012. 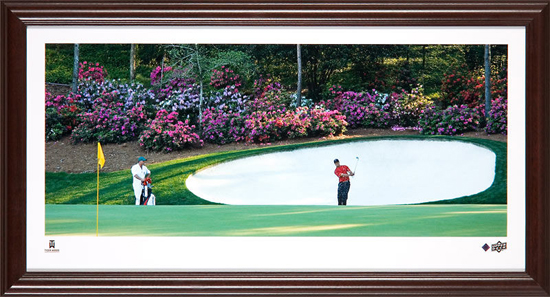 Tiger has always shown an ability to succeed at Augusta, even in the face of adversity.

His schedule for the season looks to be one that will be favorable for him to have success as well. Before The Masters Tiger will have played in no fewer than seven events; five of them being venues he has dominated at in the past. Tiger will scatter some wins in those events before the main event in Augusta. After The Masters the tour schedule pretty much opens the door for Tiger to take control. Tiger will play in the Zurich Classic of New Orleans for the first time, a promise to Commissioner Tim Finchem. The U.S. Open is right down the road from Pebble Beach at Olympic Club and we all know how well he did at Pebble. Tiger will play in more events this year than any other year which gives him plenty of opportunity for success.

Still not believing in Tiger’s return? Let me share why I believe he will be successful in 2012. This is the first year Tiger will be focusing on golf since 2008 and a focused Tiger is a deadly Tiger. The last time Tiger made a caddy switch was with Jim Furyk’s current caddy Fluff to Stevie and that worked out well for him. Tiger Woods is taking all the steps that indicate his mind is finally right and ready for the 2012 season. His body appears to be right as well and after several knee surgeries Tiger is actually healthy. And based on what we saw last weekend, Tiger seems to have worked out most of the kinks from his recent swing change.

You can't dispute that Tiger has a sweet swing...

There is an old saying, “buy low, sell high.” Those who have picked up their Tiger Woods memorabilia on the cheap over the last two years will likely be fist pumping along with Tiger as he hoists trophies throughout the season. UD’s Chris Carlin said Tiger was the #8 athlete to invest in back in August because of he has provided sports fans moments they will never forget. I bet if we asked Chris now he would have Tiger in his top three of athletes to acquire memorabilia of.

Something else interesting is happening; fans are ready to cheer for him again, apparently louder than ever. That additional support has got to mean the world to Tiger who is very appreciative of the attention of his fans. He will draw us off the couch and bring us to our feet celebrating breathtaking shots and nail-biting putts. The red shirt on Sunday will once again cause opponents to be afraid and fans to cheer. Welcome to 2012; The Year of the Tiger. 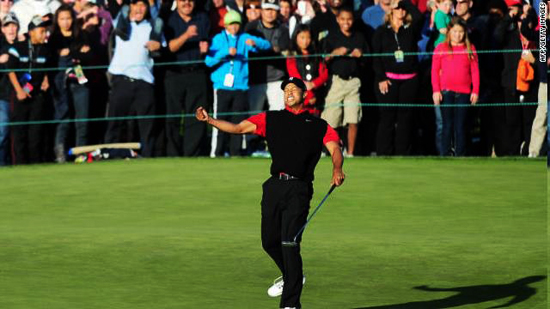 
That Tiger exquisite takes us back – what a gorgeous card that was. Question – was it just the version numbered to 10 that had the inscriptions, and where they all the same?


Couldn’t have said it better myself.


We need some new golf cards to collect… Please come out with some.