Recently Upper Deck shared plans for the 2011 Fall Sports Cards & Collectibles Expo in Toronto for the return of Upper Deck’s popular Priority Signings Program and also an exciting trading card donation program with Cards2Kids charity. But that is certainly not all the trading card giant has planned for fans throughout the weekend!

Upper Deck Authenticated will actually be selling a variety of the company’s highly collectible memorabilia items for the first time at the show. Collectors will be able to score awesome signed items from UDA’s impressive line-up of NHL stars. Also, the company will be selling items from top spokesmen like LeBron James, Tiger Woods and Michael Jordan as well. 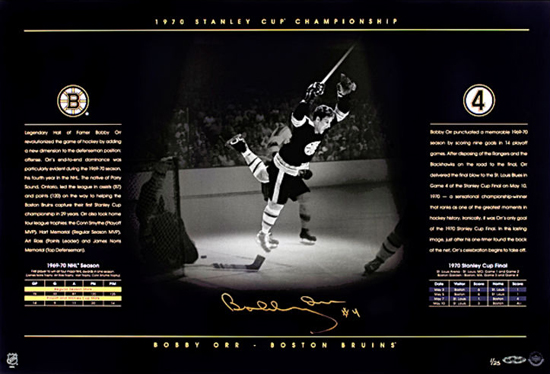 Collectors will have a chance to purchase cool UDA NHL items like this one for the first time ever at the show.

Upper Deck will have a free raffle each day at the company’s corporate booth where fans can score some very unique collectible trading cards and signed memorabilia. Make sure to be there when the when your lucky number is called. Fans can score one free raffle ticket throughout the day at the Upper Deck booth. Fans attempting to collect more than one raffle ticket will not be allowed to participate in the promotion. Below are a schedule of times for each daily raffle and we will display the items up for grabs at the booth: 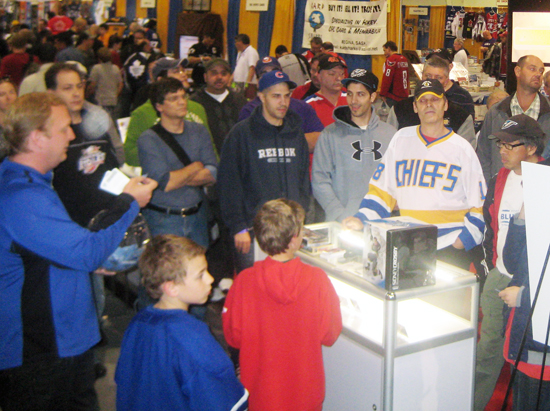 Fans listen for their number to be called during a raffle at last year's Fall Expo.

Upper Deck will also be bringing the company’s group of Diamond Club members to the show on Saturday. Later on that afternoon Upper Deck will be taking them to the Hockey Hall-of-Fame and then to a special private evening reception with two former NHL legends. 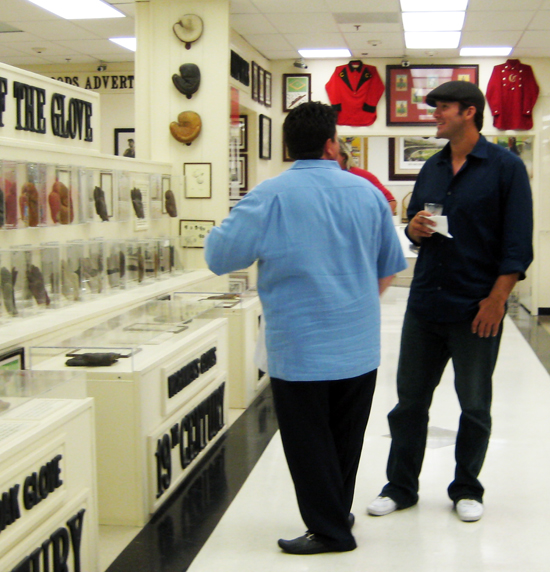 Tony Romo chats with Diamond Club members at a museum the group visited in 2009. The summit events are well known for allowing fans to meet some of their favorite players.

On Sunday from 1:30PM-2:30PM Upper Deck will also host the company’s semi-annual collector roundtable where we will go through new product information for fans and also answer questions. It is a great opportunity for us to get a feel for the pulse of what collectors want to see in future Upper Deck releases. Collectors interested in participating just need to be at the Upper Deck booth after the Sunday afternoon raffle where we will walk them over to a conference room to participate.

Lastly, Upper Deck will be posting all the great pulls at our booth on the company’s Facebook page so make sure you tag yourself if we take a picture of you. Also look for updates from the Upper Deck Hockey Twitter account throughout the weekend and make sure to use the hashtag #SCCE if you are tweeting from the show!