The Hockey Heroes insert set has been an integral part of the Upper Deck NHL release each year, but it had grown a little tired and become redundant for collectors. So the hockey team worked to come up with a new way to deliver the set to collectors. We felt it was time to eliminate the single-player structure in favor of a more compelling theme in order to deliver a collection of hockey’s greatest legends spanning four decades over the next two years. The players who are not deceased will also have hard-signed autograph variations of their cards.

In 2011-12 NHL Upper Deck Series One that arrives in stores next week, puck fans can begin finding a collection of 12 NHL legends from the 1950’s. The complete 1950’s Hockey Heroes set features the 12 standard player cards plus a scarce painted “art” card featuring Gordie Howe, Andy Bathgate and Bobby Hull as well as a rare header card. Furthermore, 10 of the 12 players have rare on-card autograph variations (each card is hand numbered to 15). The piece de resistance is the triple-signed painted “art” card (10 hand numbered copies were produced).

For 2011-12 NHL Upper Deck Series Two, the focus of Hockey Heroes will cover the decade of the 1960’s with another 12 cards featured alongside on-card signed variations and another multi-player, on-card signature painted “art” card. Collectors should note that the checklist for these 1960’s Hockey Heroes cards will run from HH13-HH25 for continuity to the set building experience.

Look for the 1970’s and 1980’s decades to be covered in 2012-13 NHL Upper Deck Series One and Two respectively. In the meantime, enjoy a gallery of all the autograph cards in this season’s Series One set. 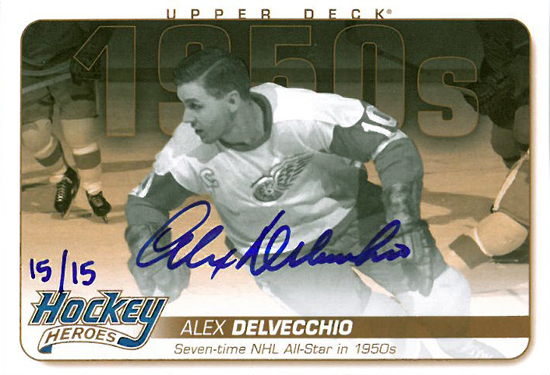 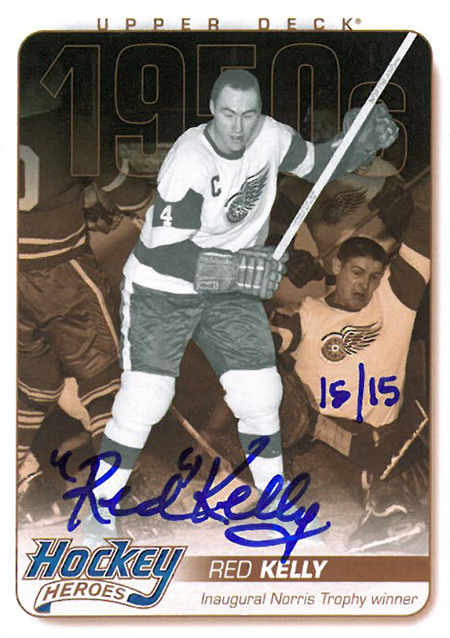 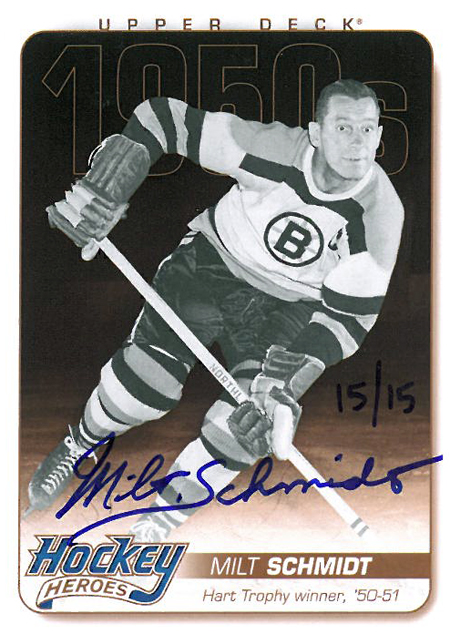 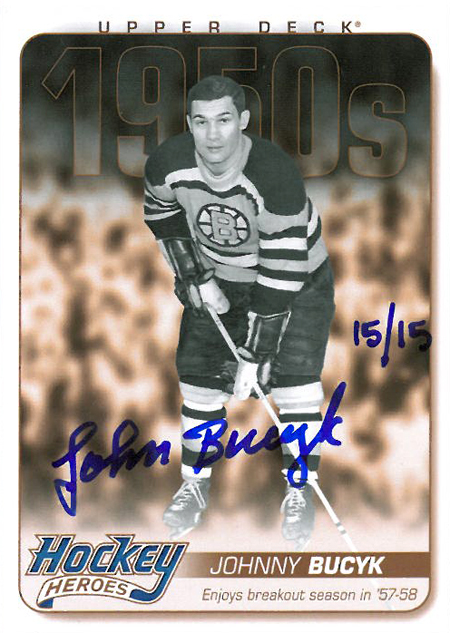 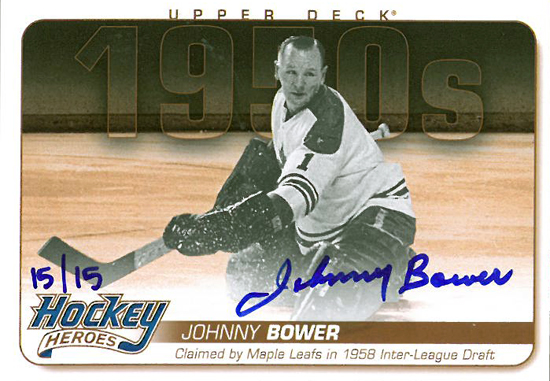 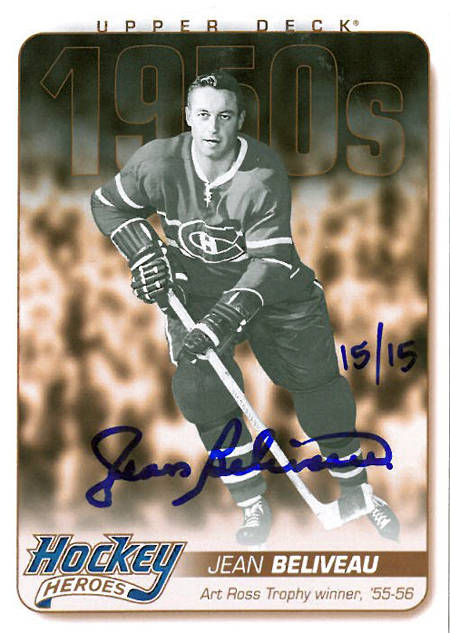 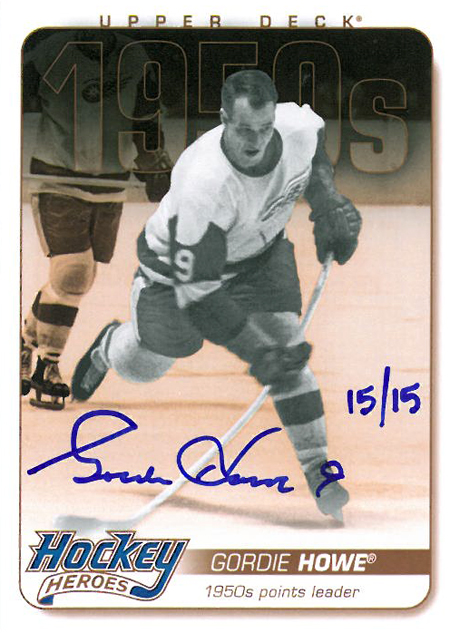 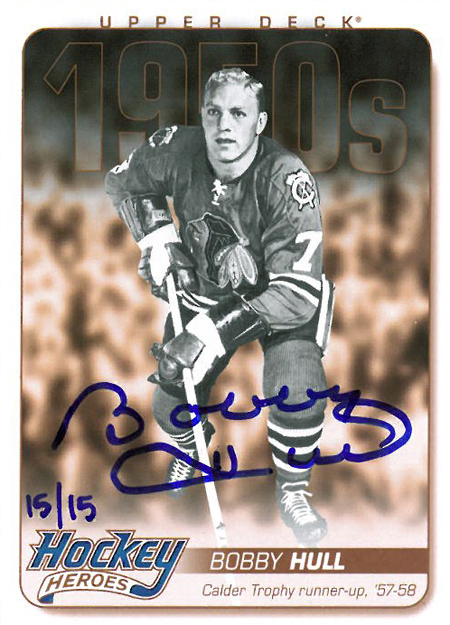 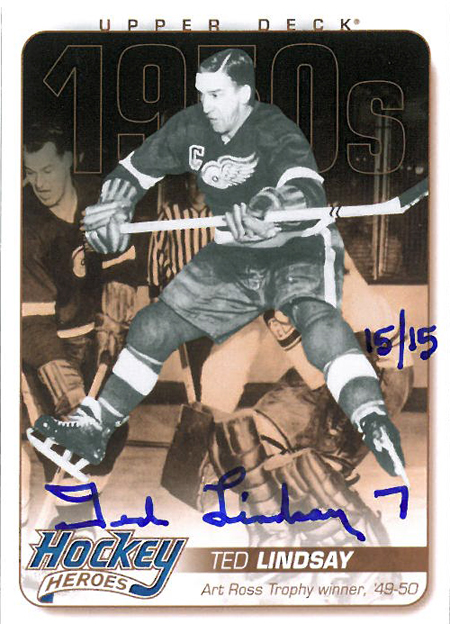 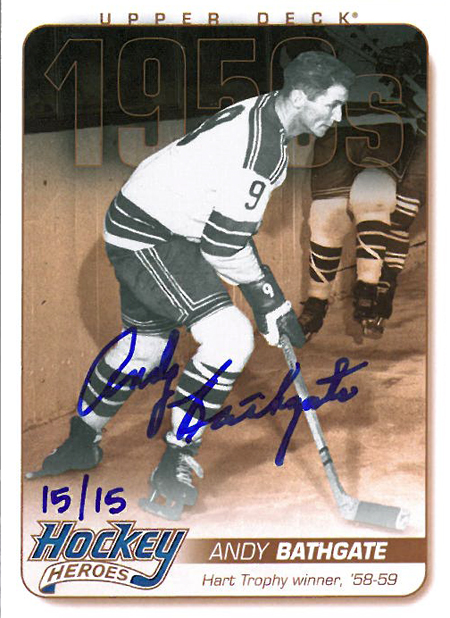 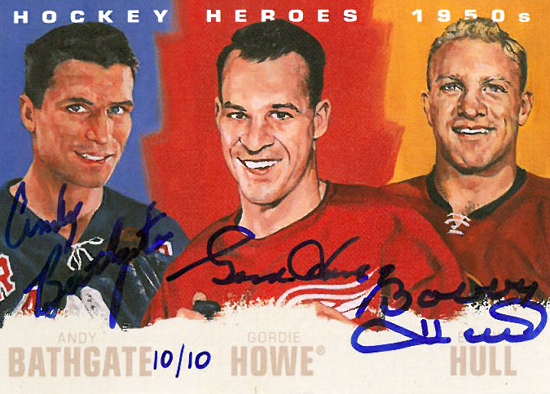 
Sweet cards. Isnt it nice to get an autograph and actally be able to read the name….


Those are some awsome cards, I love how you made the players image pop out as the focus of the card.


I love these autographed cards. I have two so far.