It’s not every day a hockey starved community sees the NHL return after a 15-year hiatus, but that’s what happened this year in Winnipeg, Manitoba. Fan support for the team has been amazing thus far and the Winnipeg Jets have become the hottest ticket in town. Unfortunately many Winnipeg Jets players won’t be featured on trading cards in their new uniforms until later on in the season because of how far in advance photo selection is done for trading card sets.

Upper Deck realized this was a special event that doesn’t happen every day and the hockey team worked hard to come up with way to deliver a comprehensive Winnipeg Jets trading card set to that community early in the season. In early November, Upper Deck will commemorate the return of the Winnipeg Jets with a special 15-card set of current Jets players available as a gift with purchase at Upper Deck Certified Diamond Dealer throughout the province of Manitoba.

Jets fans just need to purchase a select amount of 2011-12 Upper Deck NHL packs and they will receive a three-card pack of the Upper Deck Winnipeg Jets set. Upper Deck incorporated all the top Jets in the set like Andrew Ladd, Blake Wheeler, Evander Kane, Dustin Byfuglien, Tobias Enstrom, Patrice Cormier and more! Packs should arrive at retailers around the release of 2011-12 NHL Upper Deck Series One that hits shelves on November 8.

EVERY PLAYER IN THE SET WILL BE FEATURED IN THEIR NEW WINNIPEG JETS UNIFORMS!

Below is a list of the retailers who will be participating in this special promotion:

Check out all the cards available in the 2011-12 NHL Upper Deck Winnipeg Jets set: 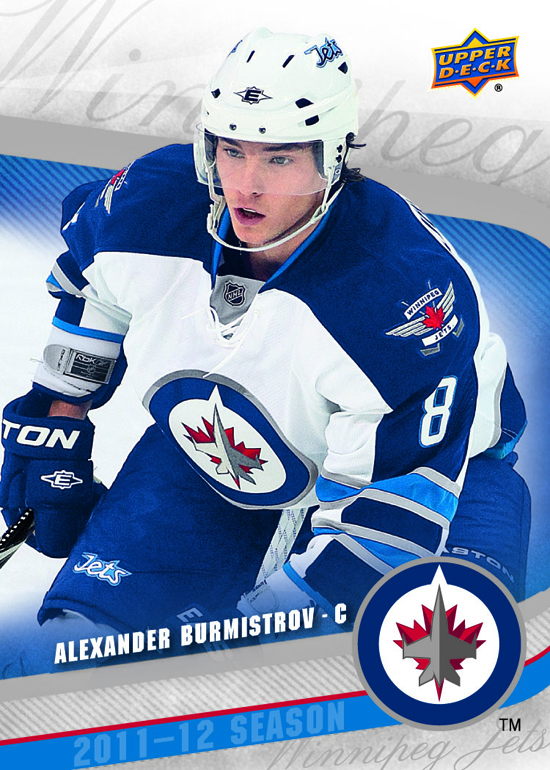 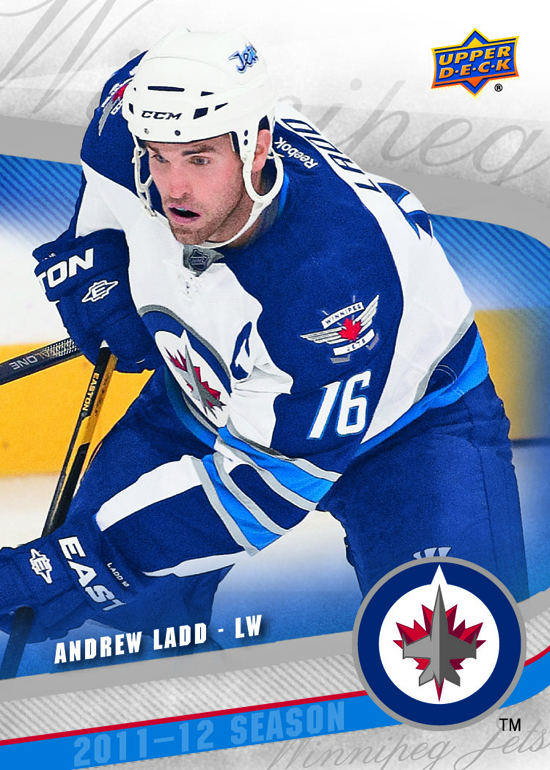 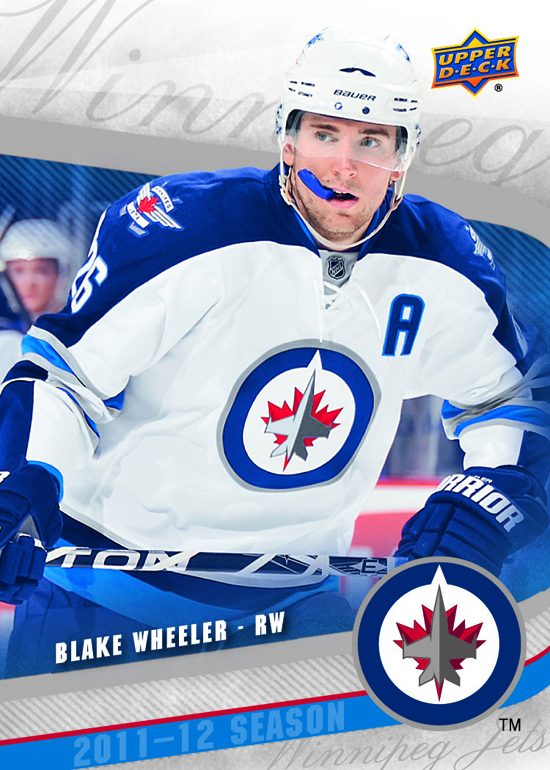 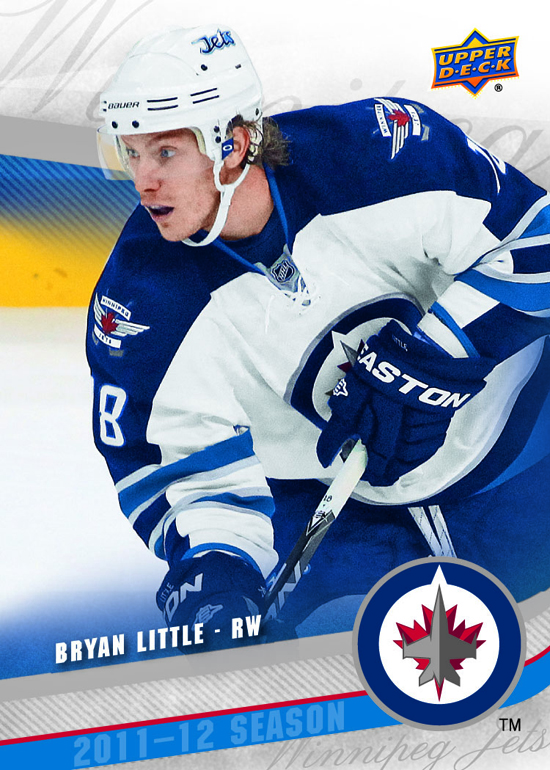 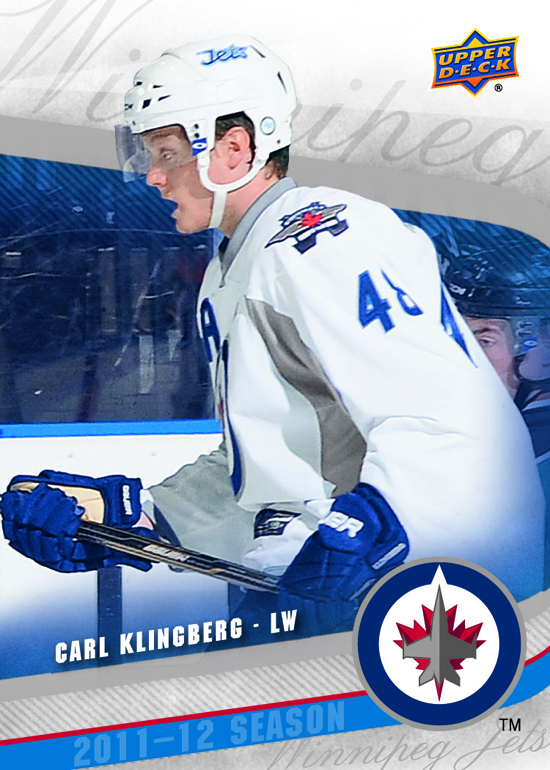 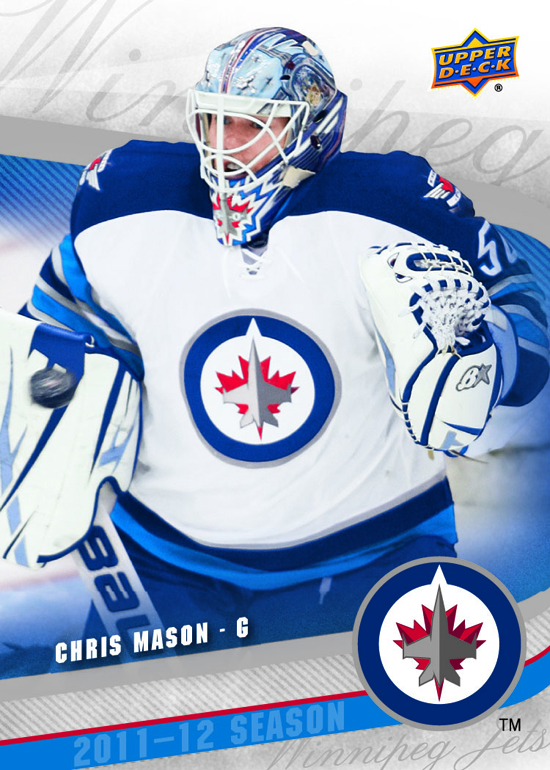 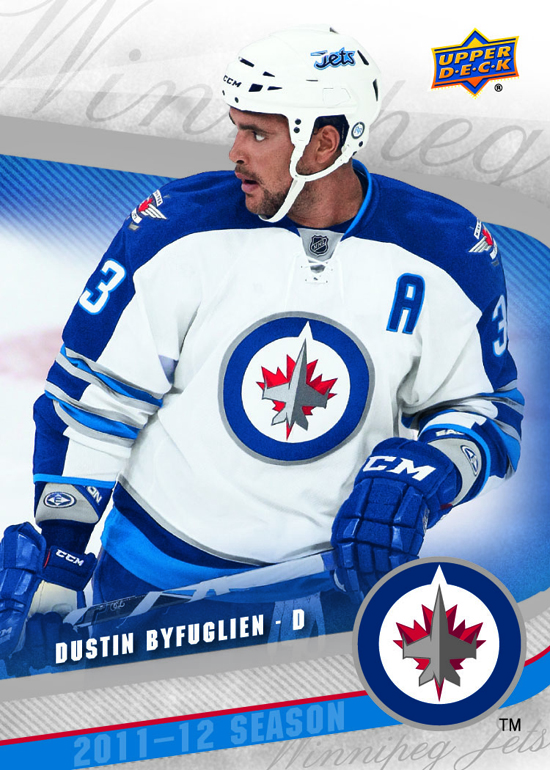 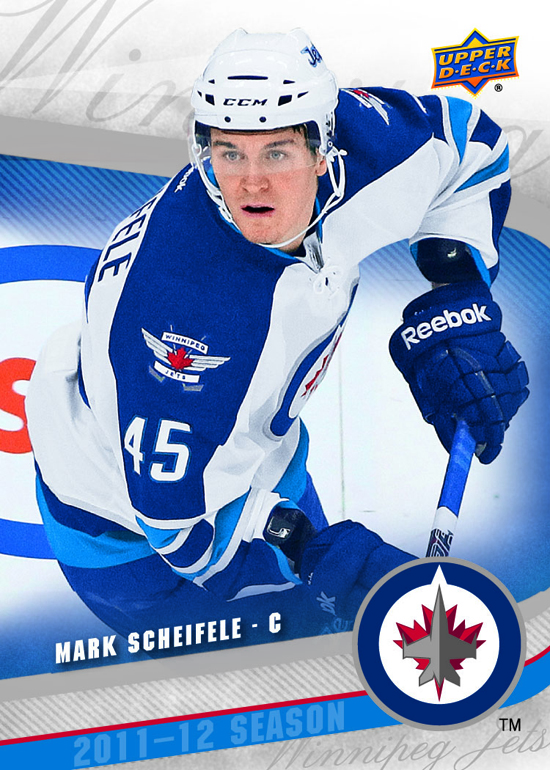 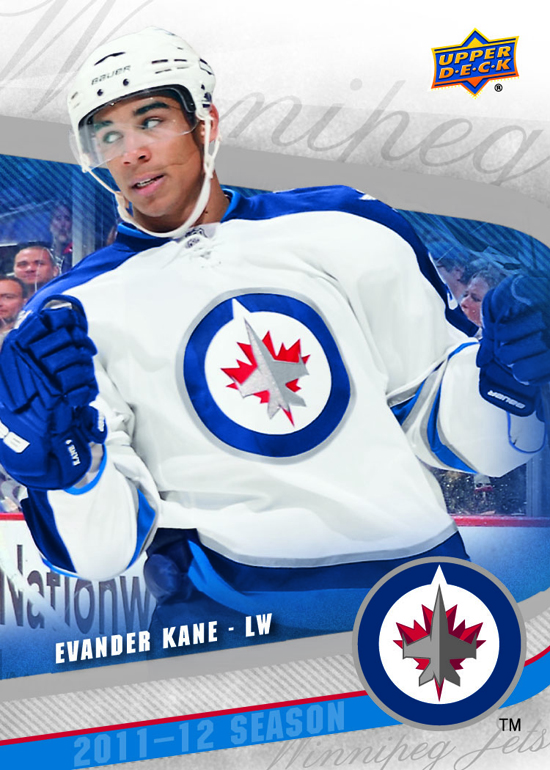 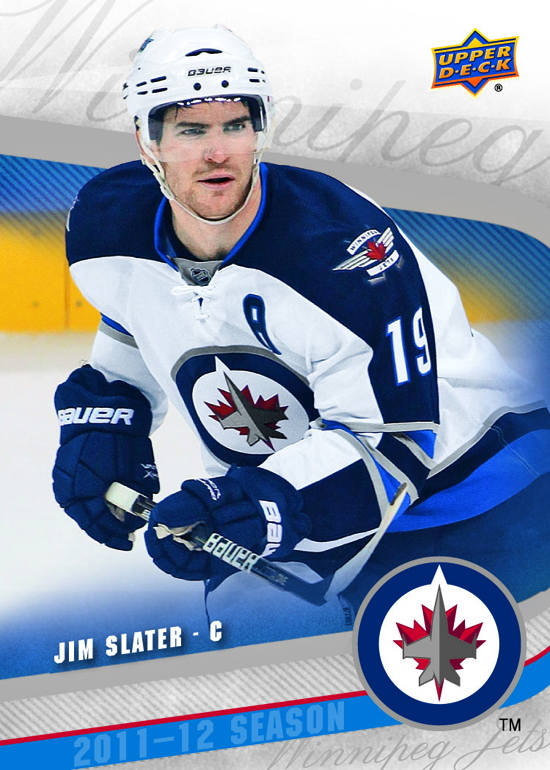 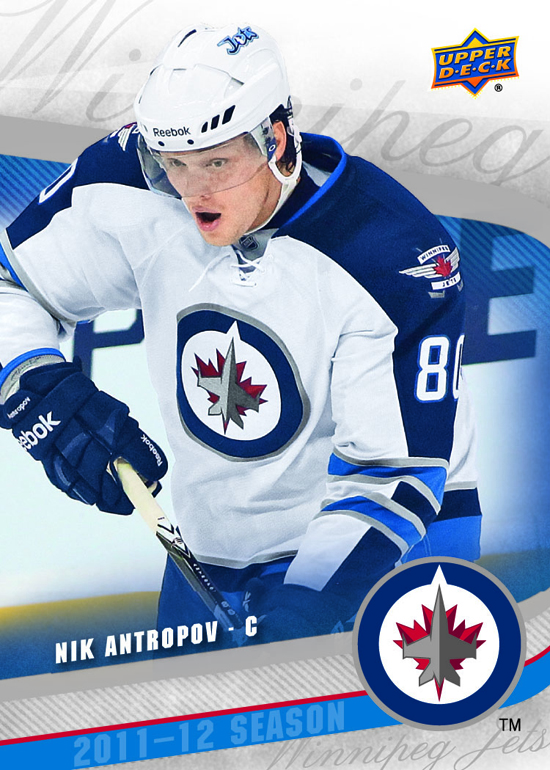 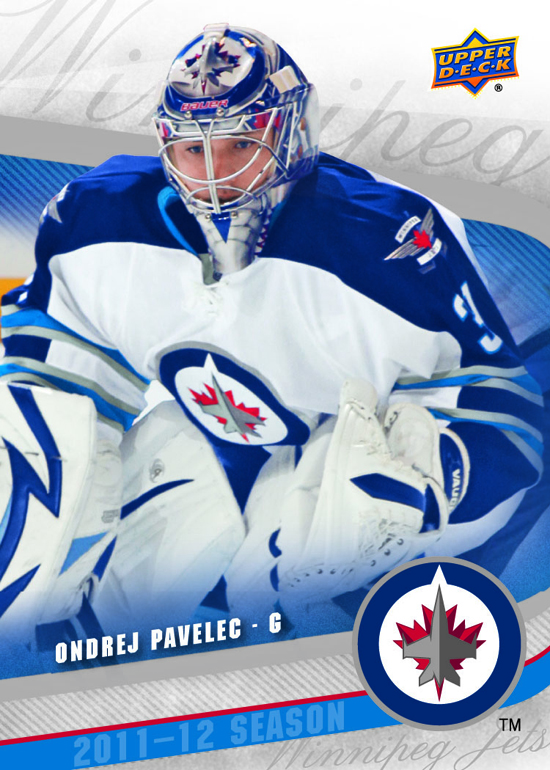 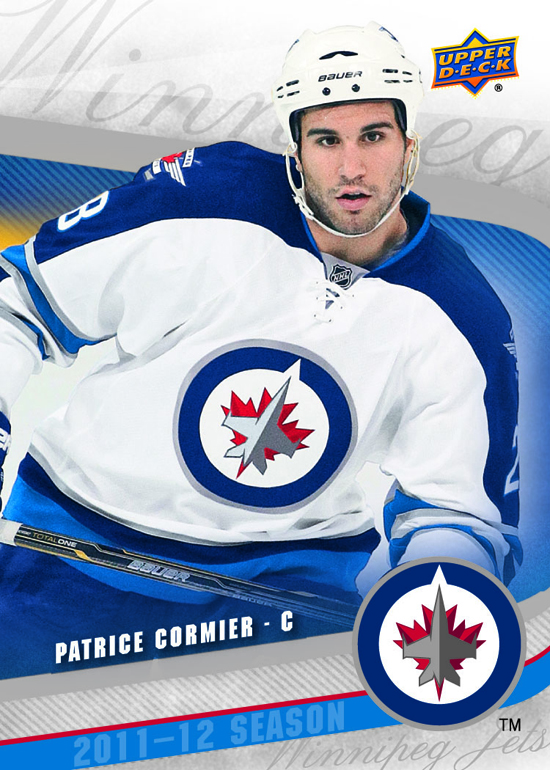 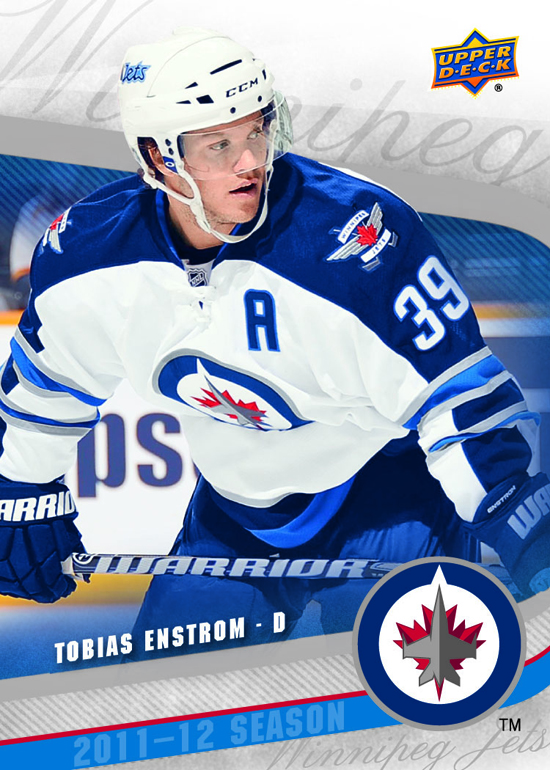 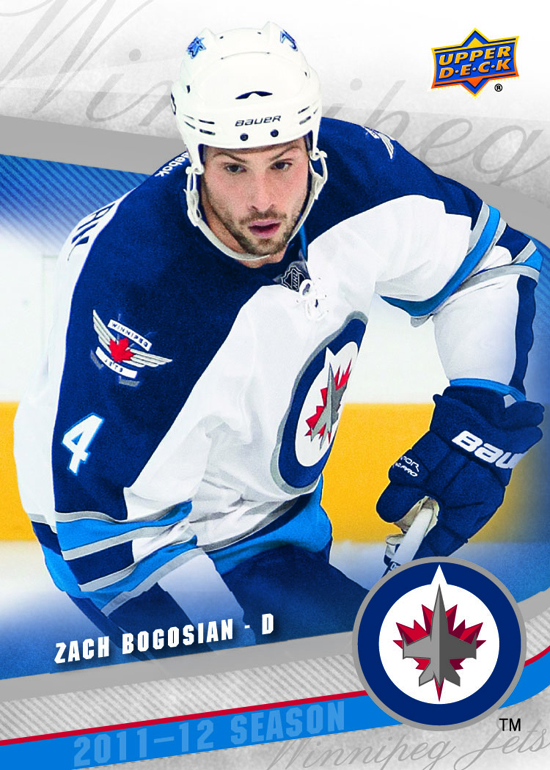 Welcome home Winnipeg Jets, you have most certainly been missed!


was wonderin how i find out about this box break please


How do I get the 15 cards? Can I just buy them? I’ve never purchased cards before so I’m not sure what your talking about..

“available as a gift with purchase at Upper Deck Certified Diamond Dealer”, “need to purchase a select amount of 2011-12 Upper Deck NHL packs and they will receive a three-card pack of the Upper Deck Winnipeg Jets set”???

Whats the select amount? How do you know your getting all 15???


You have to buy a certain amount of packs at the Dealers located above and you will receive a pack of Exclusive Jet cards.