Get to Know Willie Buchanon and Win!

We had a great opportunity to visit with former San Diego State Aztec, Green Bay Packer and San Diego Charger Willie Buchanon last week at Upper Deck Headquarters. Willie was very gracious with his time by sharing some great stories about his career and what he thinks about college football today. We filmed a couple videos with Willie that we want our fans to see. 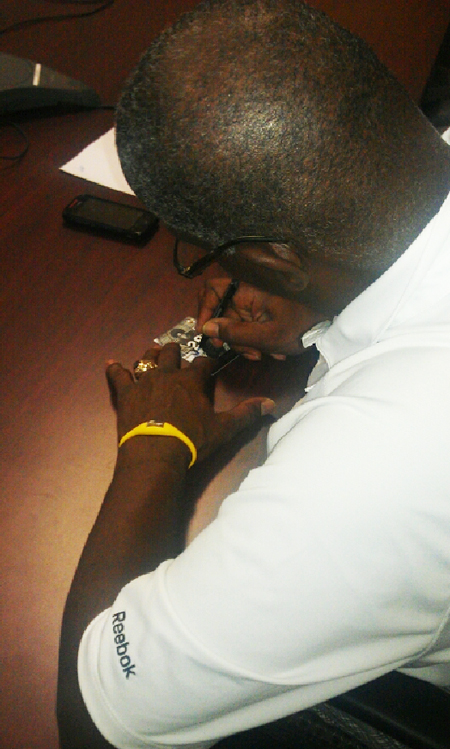 We had Willie open a full box of 2011 Upper Deck Sweet Spot Football and he did pretty well pulling four autograph cards including an autograph card of Jake Locker. We are going to give away the entire contents of the Sweet Spot box Willie opened to an Upper Deck fan. Just watch the two videos here and then answer the questions on them. Email your answers to UpperDeckMarketing@upperdeck.com along with your shipping address. We will randomly select a winner from the emails we receive with all the questions answered correctly to receive Willie’s Sweet Spot box of cards on Wednesday, October 26, 2011.

Willie Buchanon talks Aztecs, NFL, USC and more!
1. Who was the running back at USC that made Willie decide to go play at San Diego State?
2. Who was Willie’s defensive back coach that helped him transition from college to the pros?
3. When Willie was playing with the Packers, what team did he have four interceptions against?
4. Which school does Willie think has, “the best band in the world?”

Willie Buchanon talks Upper Deck NCAA trading cards
1. What team does Willie think San Diego State should have beaten this year?
2. What does Willie say when he pulled his first decoy card?
3. Is Willie for or against college athletes being paid?
4. Which player’s card does Willie say is, “gold?”
5. In the last pack Willie pulls an autograph card of Jake Locker, but he was probably more excited about pulling a card of which player? 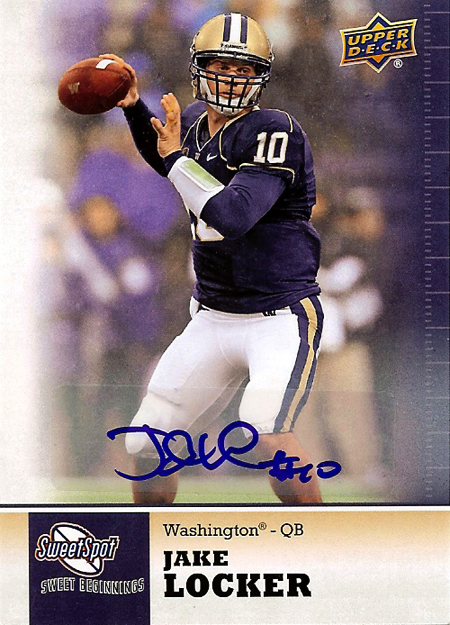 WIN this autograph card of Jake Locker along with all the other cards Willie pulled from the 2011 Sweet Spot Football box by answering questions about the videos posted above.

Good luck fans and thanks for watching!!!