For those who have ever been to the Sports Card & Memorabilia Expo in Toronto, you know that collectors in attendance are looking for the most limited autograph cards of their favorite hockey stars. As we have in year’s prior, Upper Deck delivers with the return of the wildly popular Priority Signings autograph cards at the 2011 Fall Expo on Friday, November 11 through Sunday, November 13.

Upper Deck will be giving out these limited autograph cards (one per person, per day) to fans who purchase a sealed box of 2011-12 NHL Artifacts, 2011 NHL Parkhurst Champions or 2011-12 NHL Upper Deck Series One from a Upper Deck Certified Diamond Dealer in attendance at the show. After purchasing the box, the dealer will provide fans with a special voucher to bring along with the box to open at Upper Deck’s booth in the corporate area at the times specified below where you can redeem your voucher and wrappers from the box for a random 2011 Upper Deck Priority Signings autograph card.

The Upper Deck Hockey Team built a very compelling checklist for this year’s Expo for the Priority Signings set. We were able to add two of the most in demand rookies to the set by collecting autographs of Ryan Nugent-Hopkins and Gabriel Landeskog for the set. We are also leveraging our exclusive agreement with Team Canada to show many players playing for their country. Additionally, some high-end stars like Wayne Gretzky, Sidney Crosby, Gordie Howe and Bobby Orr will have multiple versions of their cards to add to the collectability of the set. Take a look at the cards you could potentially add to your collection when you visit the show as well as some images of some of the more exciting cards in the set. 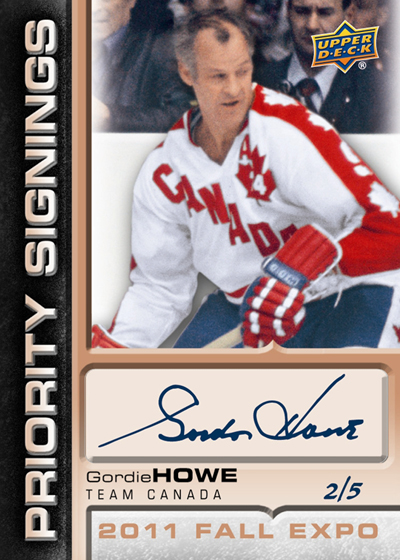 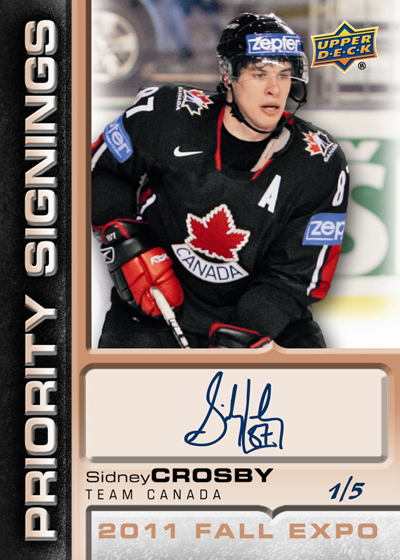 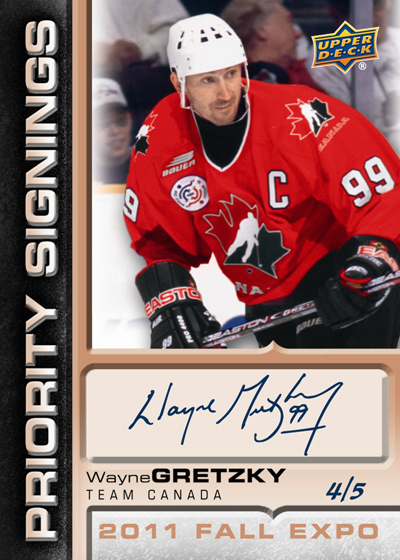 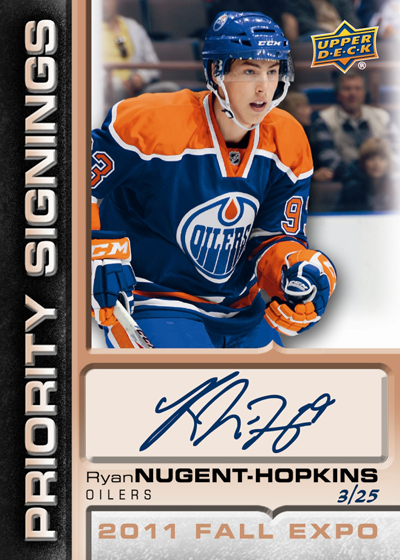 Choosing your Priority Signings card is always a lot of fun, but can be nerve racking as well. We let our fans choose their packs, but pick carefully as the difference between each pack can be significant.

Upper Deck is planning on having a lot more going on at the Expo than just the Priority Signings program however. Look for more details on what we have planned in the coming weeks right here on the Upper Deck Blog!


Ill be hoping for a Gretzky Oilers /9